You Made the Card!

t's been a lot of work, but we've finally come to the end of the road with You Make the Card 4! The votes for the final card name have been tallied, and the finished painting has been sent to Wizards of the Coast by Matt Stewart. But here I am, nattering on, when you want to see your card! 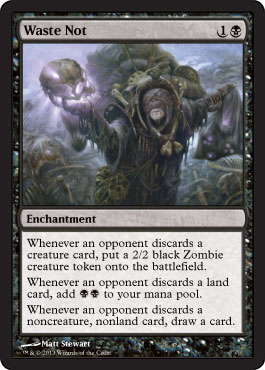 This is merely a mock-up. The final card will look somewhat different, as it will be typeset, have an expansion symbol, collector's number, etc. The set this will appear in has not been announced yet.

As you can see, the card name "Waste Not" was selected by the voters. Waste Not was unique among the eight choices in that it was the concept name for the card, included with the art description written by Jennifer Clarke Wilkes.

Here are the vote results, complete with information about who submitted what.

Jennifer came to Wizards of the Coast in 1995 as the editor for Ars Magica. She later moved to editing Magic: The Gathering until 1999, when she became an RPG editor. She has been involved with many games in the company, from writing world documents and flavor text, to playtesting various TCGs and board games, to occasionally trying her hand at RPG design. In January 2013, she returned to Magic, joining the creative team. A Classics major, she is very excited about Theros!

The casting cost of Waste Not was chosen by the Magic development team. We've playtested the card with cards that are upcoming in Standard, and found it to be a lot of fun when it cost 1B. Generally, cards that make the opponent discard more than one card start at around three mana, so two mana seemed like the best cost for Waste Not. On your third turn you can start generating value and making your opponent squirm.

We kicked off You Make the Card 4 with a vote on card type .

The vote was super close, so we did a run-off vote to ensure the majority of players were heard. This resulted in an upset.

Then you voted on whether the card should be an Aura or not .

Then we opened up submissions of rules text to those of you living in Canada and the United States. The outcry from international quarters was swift.

Then you voted on the Top 8 rules text submissions.

Members of the creative team wrote several art descriptions . You voted on them.

Matt Stewart created three sketches. You voted for the best one . 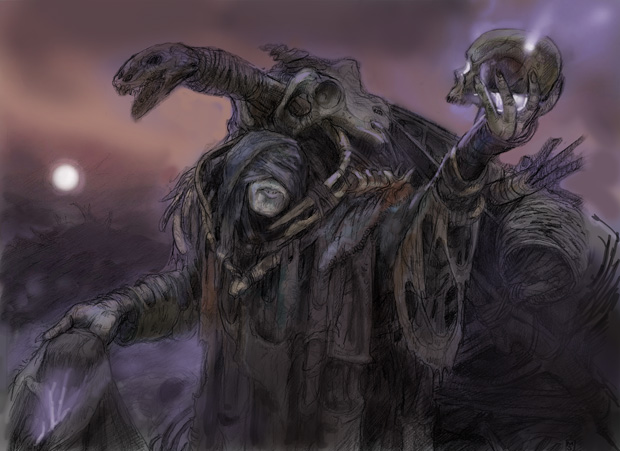 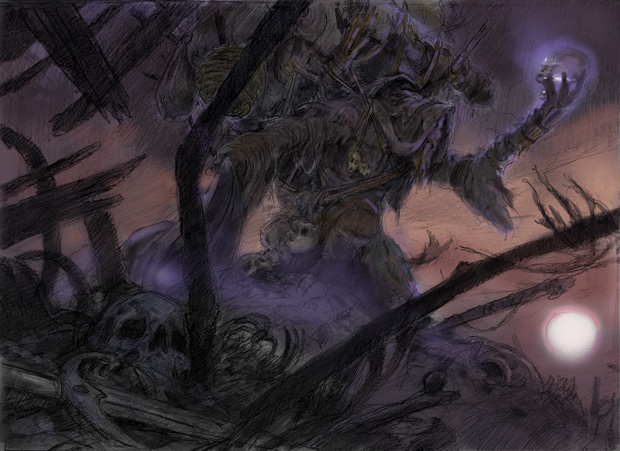 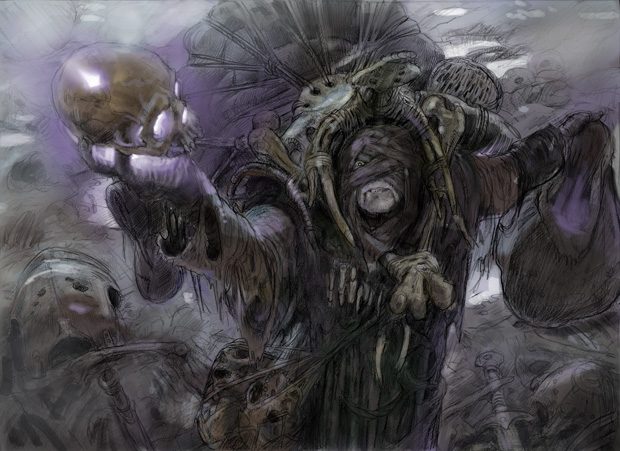 We called for card name submissions. In response to the aforementioned outcry, we changed the rules to allow submissions from all nations.

We tried to run the name vote as a bracket, but encountered problems with the voting software. The process became so confusingly snarled that we decided to start over with a straight vote. Fortunately, we ended up with a clear mandate.

I know some of you were frustrated with the snarls in the process. This really only mirrors what actual design and development is like. Because Magic is an ever-changing game, we have to constantly change how we do things. This means that problems are inevitable, but we treat mistakes as an opportunity to learn and improve. We apply this philosophy to individual cards, to sets, and to our R&D processes. No two You Make the Card promotions have worked the same way, and I doubt that they will in the future, either.

You all did a great job, both in creating submissions and in voting to create a fun card that will enable a new style of deck that plays differently from anything I've seen before. Also, this You Make the Card was completed in record time! I am very proud to have had you all on my design team for the past few months. It's been a blast; let's do it again some time.