e're one week closer to the Zendikar Prerelease (September 26-27), and the Product Section has updated! There's a new puzzle, a new wallpaper, and a new setting preview: The Races of Zendikar! Oooooh .... flavorful! And the Visual Spoiler, an archive of all preview cards that have been officially released. Did you see the cards that got previewed at PAX? They're good! Watch the Visual Spoiler and the Product Section intently, because it's going to be updated frequently over the next three and a half weeks as we count down to the Zendikar Prerelease. Which is on September 26-27. 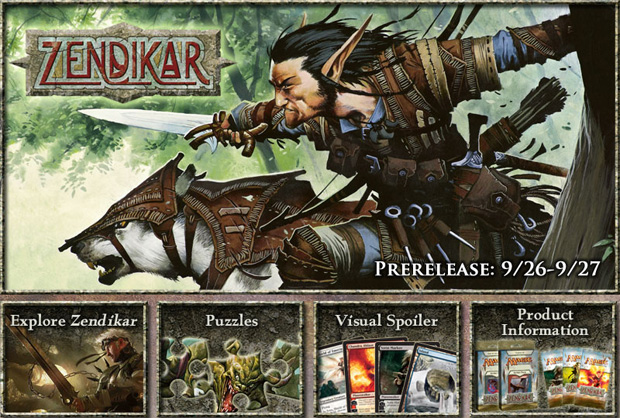 That's pretty much all we can say about it, so why don't you just go to the Zendikar Product Section now?