The Eldrazi, still unable to escape back into the Æther, turn their dread appetite on Zendikar. While some use the word "war" to describe the strife that results, in truth it's no more than a tragic massacre. Although the living land of Zendikar fights back in blind resistance, the Eldrazi press forward unhindered, devouring all in their path.

Stuck in the middle are the humanoid denizens of the plane, those cunning explorers and survivors who had once learned to coexist with Zendikar's wild dangers, but who now face a force for which they are not prepared. Petty squabbles across the continents die in irrelevance as the world's peoples turn their attention to the Great Threat of the Eldrazi and their spawn. Elves and humans, goblins and merfolk, kor and vampires rush to defend Zendikar from its own astral inmates, but hope is scarce.

The fate of Zendikar may rest in the hands of the planeswalkers Nissa Revane and Sorin Markov, enemies to the core, who must return to the hedron-filled ruins of the Eye of Ugin and confront age-old mysteries carved in ancient stone. 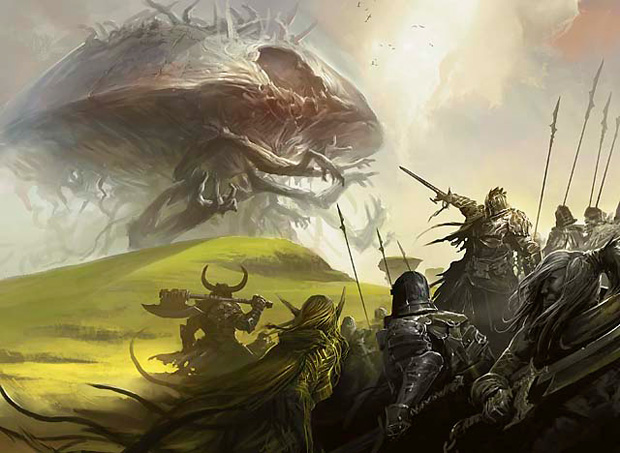