Although you may think of Gen Con as primarily a role-playing convention, the Magic cards were flying fast and furious all weekend. From crowning Time Spiral Block, Legacy, and Vintage champions to a 112-person Grand Melee to PTQs to Extended tournaments, players were slinging cards 24 hours a day in the Trading Card Games hall, and we were on site to take in all in.

Here are a few of the highlights: 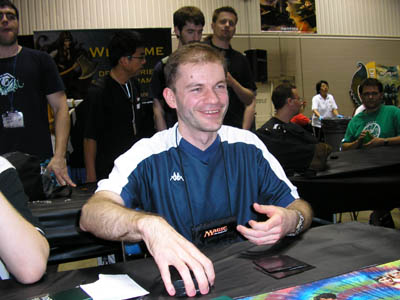 Now that it has been announced as a format for the 2007 World Championships, a few more eyes than normal were focused on the Legacy Championship this year. Canada represented, putting Peter Olszewski and Ryan Trepanier into the finals. Peter, playing a popular Threshold build, took down Ryan's 42Land specialty. 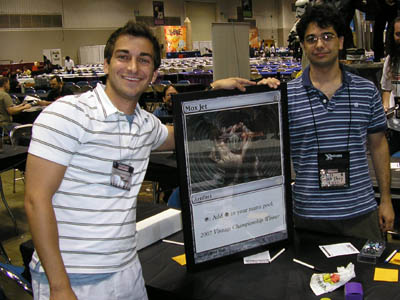 The man behind Team Meandeck backed up his words by taking home the title. It was a Groatog vs. Groatog final, with Steve Menendian defeating Richard Shay to earn the title "Vintage Champion." 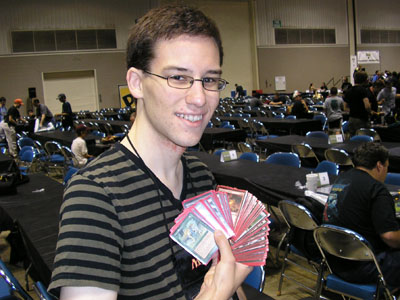 Now here's a sexy prize for you: a complete foil playset of Time Spiral block. Yup, four of each and every card, including the Timeshifted cards. And the skilled player who took home the set? None other than Sam Black, playing a blue-black splash green-red Mystical Teachings deck.

And we leave you with this image...a real suit of Magic armor, designed and worn by David O'Brien.