you know, Magic artists sometimes take more than one crack at a piece before they hit the nail on the head. Although that makes it sound like they're painting with hammers (not true, as far as we know), it's really because the art director frequently has specific goals. Take, for example, Giant's Ire: 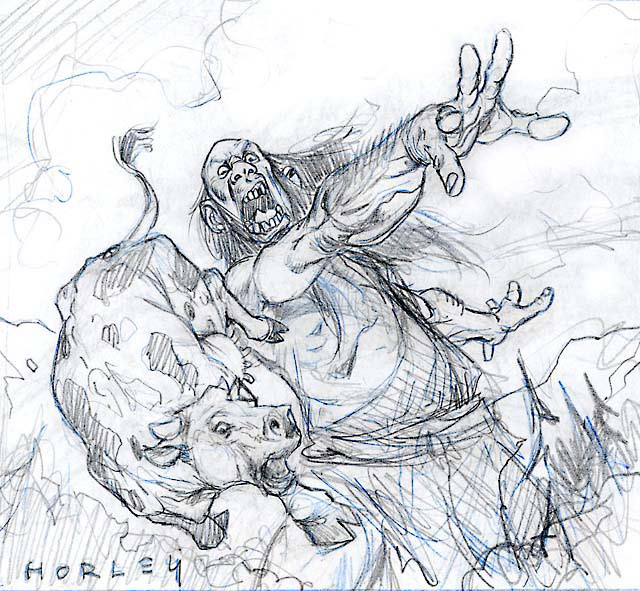 This is the original art submitted by Alex Horley-Orlandelli, but the cow's expression was thought to be a little too cartoony. 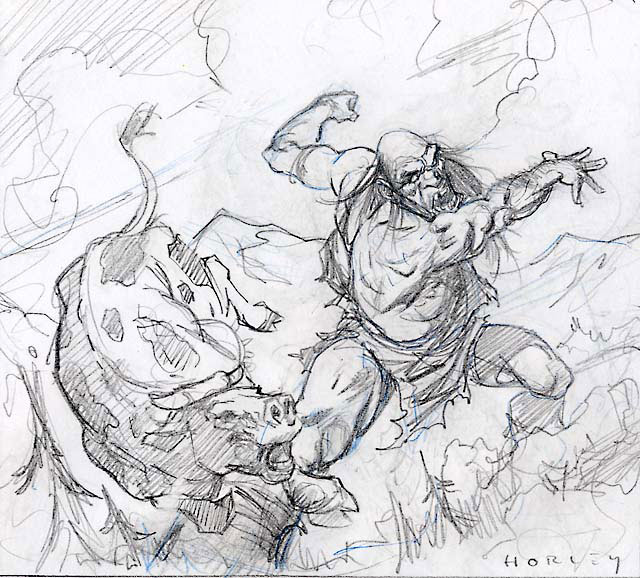 This second version shadows the cow's expression and also moves the Giant farther away to make it look less like a creature card. 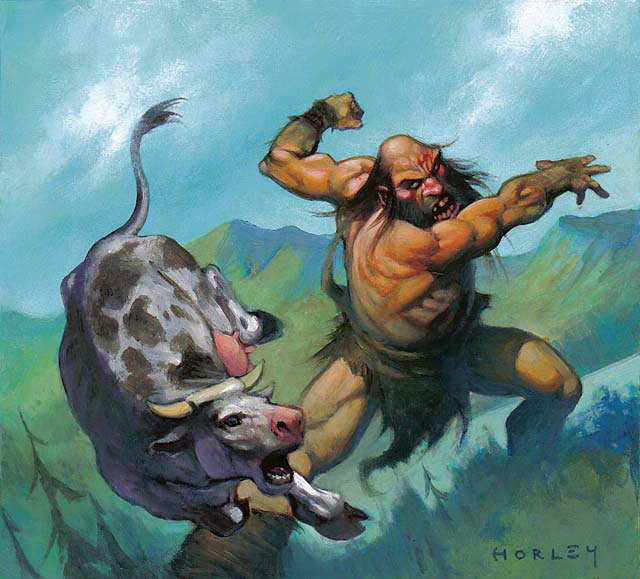 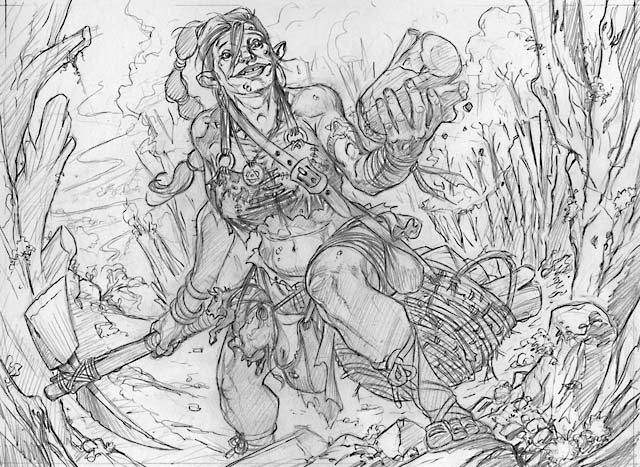 In the original art by Ralph Horsley, the giant's a little bigger than a 3/3. See that cow on her belt? She must be huge! The creative team called this “giantflation”—the tendency of giants to look too giant. 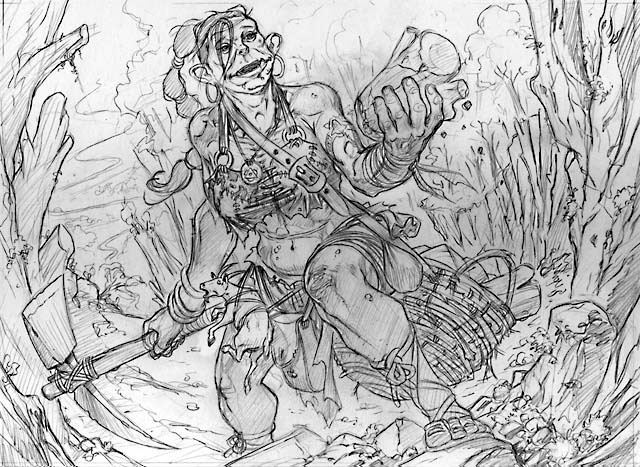 The cow has been replaced by a goat, shrinking her down to an acceptable size. Her face has also been tweaked, making her less "ogre-y". 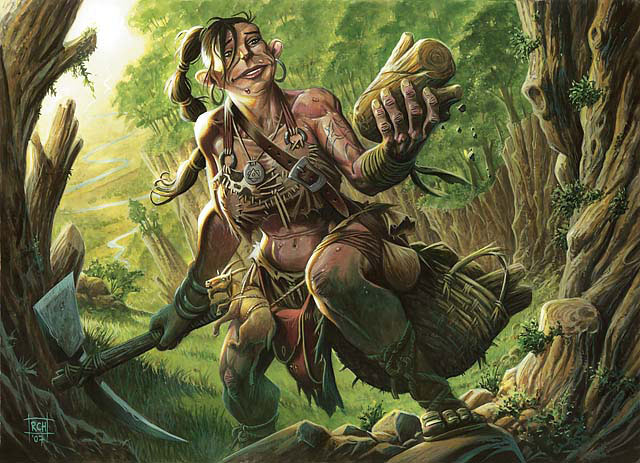 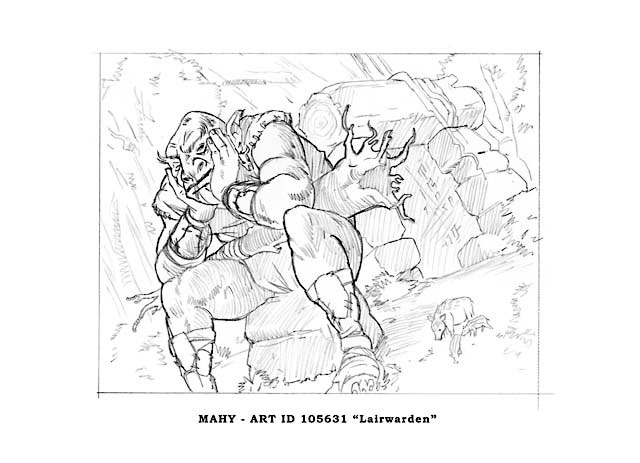 The original version seemed a bit more glum than watchful. Something had to be done to jazz him up and give him some purpose. 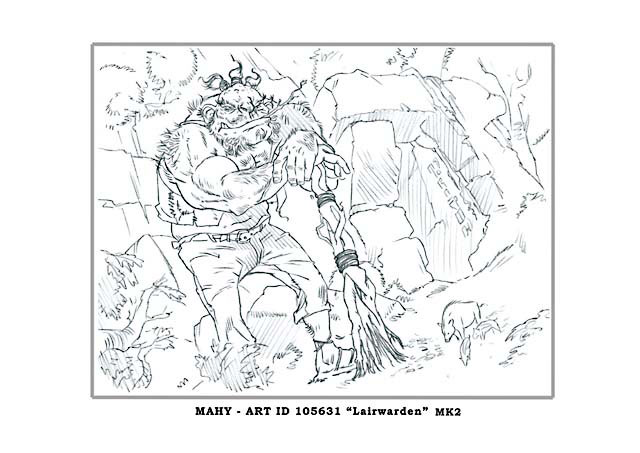 That's better! Now he's standing up, ready for action. "Come get some," he seems to be saying. 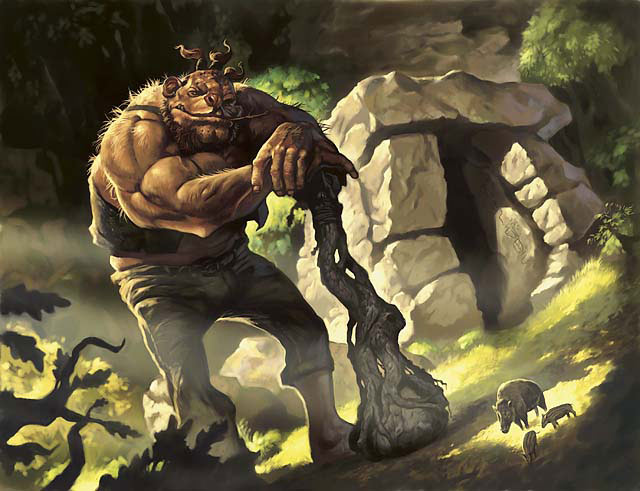