hort and sweet today. Last week, I got to give you a first look at the redesigned magicthegathering.com coming soon to a computer screen near you. Toward the end of the article I mentioned that, as things stood at the time, it looked like we were just under two weeks or so from firing the new site up. Well, things are going so well that it looks likely we'll be aiming for launching the site in the next day or two rather than the next week or two.

Given that, we're going to wait on today's content so we can get the new site up as soon as possible. That means that if all goes well, the feature article and all the usual Tuesday articles will go live on Tuesday sometime during Wizards of the Coast business hours (PST). (And if by some chance all doesn't go well, don't worry, you'll still get your Tuesday articles.)

We know that Rosewater fans don't want to wait too long for his State of Design article, so we're going to post that this coming Monday despite the Labor Day holiday here in the U.S. (which means we normally wouldn't be putting articles up that day). I can also tell you that we'll be posting the Orb of Insight for Shards of Alara that day as well.

So I hope you'll forgive us today while we get everything up and running, and in return we'll give you a new site shortly plus what should be an exciting day next week. And awesome stuff the other days too.

What's that? You want more preview goodness too? You drive a hard bargain. Okay, for you, I'll throw that in too. 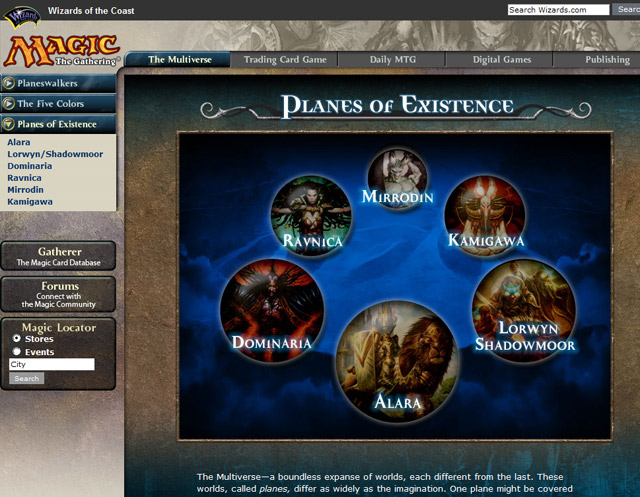 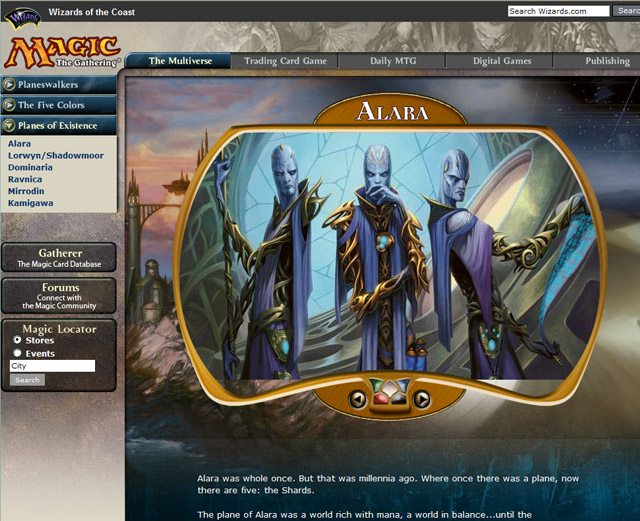 We'll see you tomorrow with new articles and, if all goes well, we'll be turning the new site on shortly!