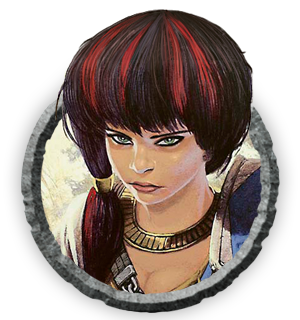 Your Name: Devon Rule
Your Set Name: Utopia
Your updated logline: A once-peaceful world adapts itself for war.
Your commons:

CB02 – Accountant
1B
Creature - Human Advisor
1/1
B, T: Gain a gold counter. (Gold counters can be spent as colorless mana or life payments.)

CB04 – Rental Imp
1B
Flying
Pay 1 life, T: Search your library for a Mercenary permanent card with converted mana cost 1 or less and put it onto the battlefield. Then shuffle your library.
1/1

CB06 – Ghoul Messengers
Creature - Zombie Mercenary
2/2
Swampwalk
Pay 2 life, T: Search your library for a Mercenary permanent card with converted mana cost 2 or less and put it onto the battlefield. Then shuffle your library.

CB10 – Extortion
B
[Twisted Vision by Havelock Vetinari - Labs:Gds/gds2/Utopia/Holes]
Sorcery
Choose a card type other than land. Target opponent reveals their hand. You choose a card of the chosen type from it. That player discards that card.

CB13 – Business Venture
1B
Sorcery
Draw a card. If you have any gold counters, draw another card.

CB14 – Snuff Out
[Reprint]
3B
Instant
If you control a Swamp, you may pay 4 life rather than pay Snuff Out's mana cost.
Destroy target nonblack creature. It can't be regenerated.

Comments:
I was very happy with how clear the feedback was on my previous submission, including an explicit assignment for this week. If I had wanted to submit the best selection of Utopian commons I could, I would have gone with red. However, I needed to show that I could innovate and hit more than one note of my theme. I chose to focus tightly on a "commerce" theme for black, using mercenaries, gold, and payments to bring this across mechanically.
Unlike their Rebel counterparts, Mercenaries were not very popular, so nostalgia was not a large factor in my decision to use them. Rather, I felt that the concept of "hiring for money" was resonant enough to stand on its own. Life payments are usually less popular with new players, but I felt that factor added to the appeal of gold counters by letting players "cheat" their way out of losing life. While I wanted to focus on the life payment side of Gold counters, I also made sure that there were several useful places to spend piles of colorless mana at common.
Utopia was intended to be a thematic set concept rather than a publishable title, but I'm quite proud of my new logline. The set was always meant to be more about adaptation than paradise.
Many thanks to Havelock Vetinari, Pojo, Daniel, Shdwcat, Kallisti, Guy Srinivasan, and all the other people who helped with the submission.