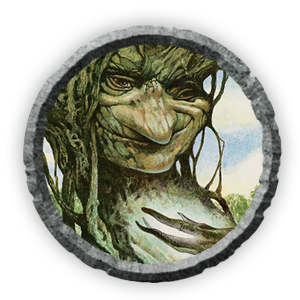 Nateen Savage (CR01)
[NMEL's Nateen Bravo - http://community.wizards.com/magicthegathering/wiki/Labs_talk:Gds/gds2/w...
R
Creature-Cat Barbarian
1/1
Whenever CARDNAME attacks, commune. If you succeed, CARDNAME gets +1/+1 until end of turn.
(To commune, reveal a card from your hand or the top of your library. You succeed if it shares a creature type with CARDNAME.)
{Cat Petroglyph Watermark}

Raknak Lookout (CR04)
1R
Creature-Lizard Scout
1/1
When CARDNAME enters the battlefield, Lizard creatures you and your allies control get +1/+0 and gain first strike until end of turn.
{Lizard Petroglyph Watermark}

Thrash Rally Chief (CR06)
1RR
Creature-Goblin Berserker Rebel
2/1
Resourceful—When CARDNAME enters the battlefield, choose one — Creatures you and your allies control with two or more creatures types gain haste until end of turn; or put a +1/+1 counter on CARDNAME.

Primal Mind (CR12)
R
Tribal Enchantment-Beast
Enchant creature
Enchanted creature is a Beast. It must attack each turn if able and it loses all activated abilities.
{Beast Petroglyph Watermark}

Fencer's Lunge (CR13)
[NMEL's Advanced tactics - http://community.wizards.com/magicthegathering/wiki/Labs:Gds/gds2/wizard...
1R
Instant
Target creature gets +2/+0 until end of turn.
If it has two or more creature types, it also gains first strike until end of turn.

Ancestral Spirit of the Raknak (CR14)
1R
Tribal Instant-Lizard
Until end of turn, target creature gains "R: This creature gets +1/+0 until end of turn."
Commune. If you succeed, add RRR to your mana pool.
(To commune, reveal a card from your hand or the top of your library. You succeed if it shares a creature type with CARDNAME.)
{Lizard Petroglyph Watermark}

The Tale of the Lazy Cat (CR15)
1R
Tribal Enchantment-Cat
Enchant creature
Enchanted creature gets +1/+1 and has first strike.
Cat Lore (Whenever a Cat creature enters the battlefield, you may cast CARDNAME from your graveyard targeting it.)
{Cat Petroglyph Watermark}

Desecrate (CR18)
4R
Sorcery
Destroy target artifact or land. If that permanent has any creature types, CARDNAME deals 3 damage to that permanent's controller.

Muraganda builds on the popular tribal theme of Onslaught and Lorwyn while casting its own unique spin. The two sides of the conflict in Escape both care about creature types, but the natives care about quality while the rebels care about quantity.

I scrapped almost everything and started rebuilding from scratch, considering myriad possibilities. Approaching, hybrid, living auras and bind familiar didn't make the transition. Spell morphs are uncommon and may not appear until the second set.

I knew the land had to have power that the Empirians could invade for in the last set but I didn't like the idea of an exact retread of Snow via Sacred / Mystic. Eventually I found that the Tribal type I had so quickly discarded would define the entire block. Tribal will exist on lands and artifacts from common and up, enabling type-checking and sentience-matters effects. Counting effects have been scaled back and types-in-play threshold effects are right out.

The next set sees Rebels adopting the Morph tactics of the local fauna and putting the power of Muraganda's land to use: They will use Tribal mana. I'm thinking, Spider mana, Frog mana and the like. Any mana produced by a permanent with creature type Bird is Bird mana. These symbols will match the petroglyphic watermarks of each tribe. I love the hidden-hybrid implications (each of five tribes belong to two colors each) but could also just use Tribal mana? This is the block to flaunt the word Tribal rather than hide it.