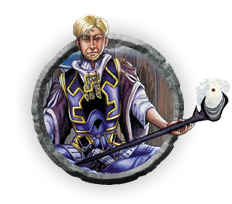 In a world where centuries pass in hours, only the fittest will survive!

1) Common Card #1 –
Gather the Hunters
[Gather the Hunters 2 - http://community.wizards.com/magicthegathering/wiki/Labs_talk:Gds/gds2/p...
1W
Sorcery
Put two 1/1 white Ape Human creature tokens onto the battlefield.
If you control five or more creatures, creatures you control get +1/+1 until end of turn.

Art: Spear with a knapped flint head and wooden shaft. Flakes of flint from its manufacture.

3) Common Card #3 –
Squash
[Harsh Language - http://community.wizards.com/magicthegathering/wiki/Labs:Gds/gds2/pariah...
B
Instant
Dominance - Target creature gets -X/-X until end of turn, where X is the highest power among creatures you control.

Art: A giant dinosaur foot drives an alarmed bat-vampire into the ground like a stake.

5) Common Card #5 –
Cave Bear
[Growing Bear - http://community.wizards.com/magicthegathering/wiki/Labs_talk:Gds/gds2/p...
1G
Creature - Bear
2/2
Evolve - Whenever a creature with power greater than CARDNAME's power enters the battlefield under your control, you may put a +1/+1 counter on CARDNAME.

Art: A huge bear, in front of his cave, stands up, towering over two primitive elves.

Art: A berserk Deinonychus, disemboweling a dinosaur with its huge foot claw.

7) Common Card #7 –
Scavenging Sarcosuchus
4B
Creature - Crocodile
3/3
Swampwalk
Evolve - Whenever a creature you control is put into a graveyard from the battlefield, you may put a +1/+1 counter on CARDNAME.

Art: A 40 foot armored crocodile swims through the swamp toward a partially submerged sauropod corpse.

8) Common Card #8 –
Visceral Augury
[Brain Drain - http://community.wizards.com/magicthegathering/wiki/Labs_talk:Gds/gds2/p...
B
Sorcery
As an additional cost to cast CARDNAME, sacrifice a creature.
Target player discards a card and you draw a card.

Art: A shaman inspects the organs of a vivisected sacrificial victim, while a relative weeps.

9) Common Card #9 –
Primitive Tool-Maker
1U
Creature - Fish Merfolk Artificer
1/2
When CARDNAME enters the battlefield, look at the top five cards of your library. You may reveal an artifact card from among them and put it into your hand. Then put the rest on the bottom of your library in any order.

Art: A primitive merfolk, like those of Rath or Shadowmoor, makes a stone axe-head.

10) Premium Card –
Tyrannosaurus Rex (mythic rare)
[http://community.wizards.com/magicthegathering/wiki/Labs:Gds/gds2/pariah...
4GG
Creature - Lizard
7/7
Trample
CARDNAME must be blocked by exactly one creature if able.
Other Lizard creatures you control get +1/+1, have trample, and attack each turn if able.

Art: Panicked dinosaurs flee before Tyrannosaurus, who catches a slow-moving Pachycephalosaurus in his jaws.

11) Uncommon Card #1 –
Initial Half
Poisonous Amphibian
[Chah invented creatures that flip into Equipment, the death trigger was my idea, and this specific card idea was Jay Treat's]
[Poison Dart Frog - http://community.wizards.com/magicthegathering/wiki/Labs:Gds/gds2/pariah...
2B
Creature - Salamander
2/1
Deathtouch
When CARDNAME is put into a graveyard from the battlefield, return it to the battlefield flipped.

12) Uncommon Card #2 –
Herd Following
1W
Enchantment - Discovery
Whenever a creature you control attacks, you may gain 1 life.
Tap three untapped creatures you control: Search your library for a Discovery card with converted mana cost 3 or less, reveal it, and put it in your hand. Then shuffle your library. Activate this ability only any time you could cast a sorcery.

An Australopithecus tribe camps near a herd of Irish Elk.

14) Rare/Mythic Rare Card –
Garruk Beastshaper (mythic rare)
[http://community.wizards.com/magicthegathering/wiki/Labs_talk:Gds/gds2/p...
3GU
Planeswalker - Garruk
4
+1: Distribute two +1/+1 counters among up to two target creatures.
-2: You may put a creature card from your hand onto the battlefield.
-6: Gain control of all creatures with +1/+1 counters on them, then double the number of +1/+1 counters on those creatures.

Art: Garruk holds a sleeping baby dinosaur in the crook of his arm.

Art: A Carboniferous forest, including tree-sized club-mosses, horsetails, and ferns.

Art: A primitive vampire, with a bat head and wings, clutching a bone club.

Flip cards seemed like a good mechanic to revive for Epolith, as they easily support type and subtype changes.

Most people made their own tools in the Stone Age. The common artifacts cost 0 and require creatures to be tapped. This represents Epolithians making tools out of stones and other available materials, including parts of creatures.

The Discoveries represent technological and societal advancements appropriate to the Stone Age, such as the invention of pottery or discovery of fire. These chain together like the Rebels from Masques Block. The tapping of creatures represents the self-sufficiency of the hunter-gatherers; they, not you, are doing the work. Later sets will use other costs to search for Discoveries.

Garruk takes advantage of the difference in how fast time flows between Epolith and elsewhere to engage in long-term breeding projects.

Tyrannosaurus is the ultimate predator, able to separate the weak from the herd. Sometimes he ends up in a fight with King Kong, though! "Rex" implies that he is a Lord, but this lord terrifies the other dinosaurs, sending them in a panicked stampede toward your opponent's territory.

"Spells that evolve" include modal spells, and spells that care about conditions on the battlefield to determine their effects.

For "the perfect pack," I paired each Evolve creature with a spell of the same color that supports that creature's strategy.