here are many hidden jokes in Unhinged, but today we're going to show you some jokes that are so hidden they're barely even in the set.

These are the five DCI Alternate Art Unhinged promos (there's also a foil Ashnod's Coupon, but that's not alternate-art. Also, it's from Unglued). 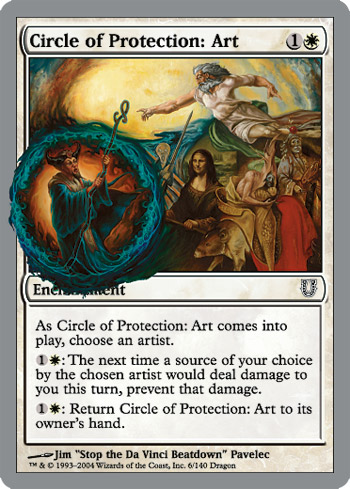 Circle of Protection: Art's original joke is about a wizard being attacked by classic works of art. Mouse over for the alternate art, which involves a wizard being attacked by the art from Stasis, the Alpha Nether Shadow, Reverse Polarity, Weakstone, and Camouflage. Mark Tedin also included his own Lord of the Pit watching the action in the lower left (that's the back of his head). Word of Command was originally included in the art (click here for a larger version) but was cropped out of the final card. 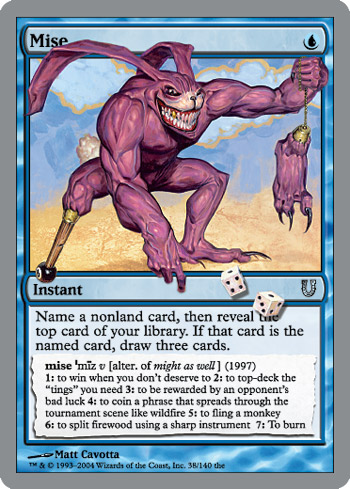 The original Mise art shows a large rabbit using its own foot for luck. Mouse over for the alternate art, which shows some dogs playing Magic. There's also a bucket of Chicken a la King under the table, which is an especially hidden joke! 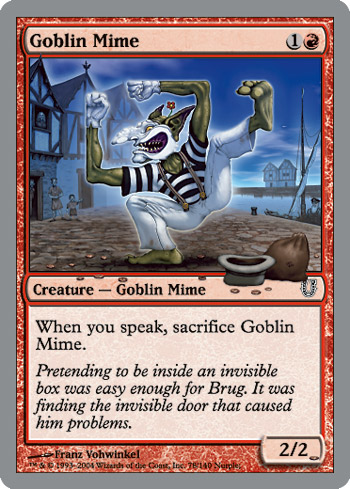 Neither version of Goblin Mime seems very good at his job, but the alternate version (mouse over to see it) doesn't even seem to understand the concept: he's in an actual box, waiting for actual wind to walk against. 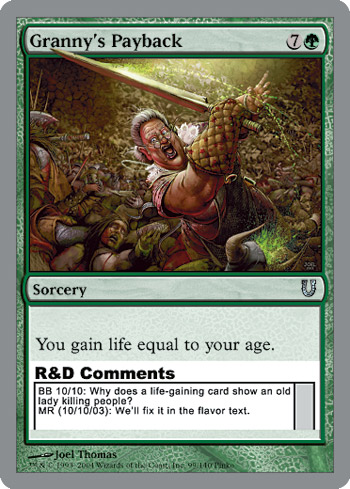 Granny's Payback's old lady is still in the process of killing things in the regular art, but if you mouse over the image, you can see her standing atop a mighty mound of dead. That's kind of gruesome, actually. You also learn that Dakkon's grandmother is named "Eunice Blackblade", but we're not sure if she knows Grandmother Sengir. 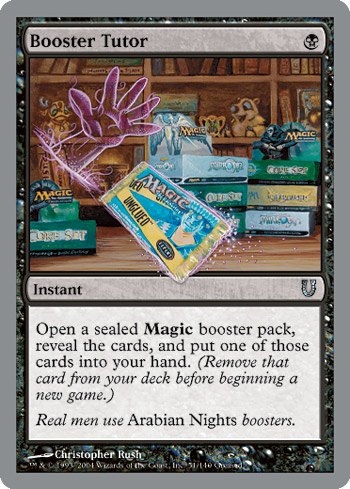 The Booster Tutor flavor text in the original and alternate (guess how to access it!) versions goes two different ways for the joke, referencing Arabian Nights and Homelands respectively.