Magic's seventh expansion, Homelands, was released in October 1995 and contains 140 cards. Homelands explores the game's setting more than any previous expansion, and was the first to develop many of the characters introduced in the initial card set.

housands of years ago, a planeswalker named Feroz stumbled across a plane known as the Homelands. Long before his arrival, the world had been a beautiful and sustainable plane, similar to Dominaria. When he arrived, however, the Homelands had been ravaged by a series of cataclysms known as the Wizards' Wars. Only a small island oasis, overlooked in the conflagrations, still survived. Here Feroz met another planeswalker-Serra. The two got married and set out to repair the damaged plane. Feroz set up a magical shield, called Feroz's Ban, that would protect the Homelands from other planeswalkers and hopefully prevent a repeat of the Wizards' Wars. However, while creating the magical ban, Feroz died, and Serra, overcome with grief, left the plane. Years after Feroz's death, the magical shield he created is fading, and the civilizations of the Homelands are at war with one another. To make matters worse, a powerful vampire named Baron Sengir is using the tumultuous political climate to his advantage and building himself a small empire. All those he preys upon, he makes part of his family, and slowly his entourage grows as he vies for total control of the plane. 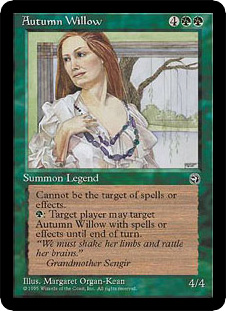