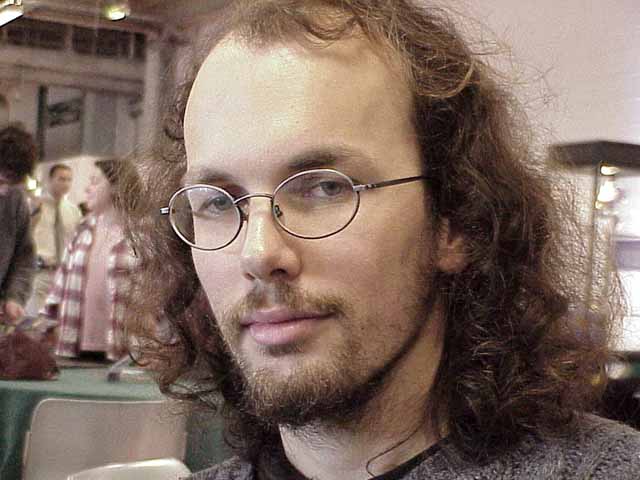 When Nicolas Labarre made his first top 8 performance in 1998 Pro Tour Rome, a lot of people assumed he just got lucky. But several good finishes after that, for instance another top 8 in 1999 Pro Tour New York, has put the Frenchman in the very elite of European players. Now, he's hoping for a good performance in the European Championship. "I wouldn't have come here if I didn't think I had a chance to make top 8," Nicolas reveals.

The statement may seem a bit arrogant, but Nicolas is definitely not arrogant. In fact, he respects his opponents very much. While most players regard the U.S. Nationals as the toughest tournament in the world, Nicolas feels that the European Championship is just as tough. "At least it is much more difficult than Worlds. There are less random players, and I get a feeling that everybody can beat you," the 23 year old feels. He admits though that the reason may be that he actually knows many of the European players, but that should probably mean that he also knows their playing skills.

"There are a number of players that deserve international fame, and the field is strong overall. The players are not all Finkels and Buddes, but they won't make any mistakes against you," Nicolas says. And in such a field, the Frenchman knows that he could have tested more in order to do well. Nicolas didn't test much. Instead, he spent time at his grandmother's, a Magic-wise pretty isolated place. "I've been away from Magic for one and a half month," Nicolas admits. "I can play well, but I haven't tested type II since early May. And the format has changed since U.S. Nats. But if I do badly, I know I didn't test. I'll be disappointed, but I know I'll do better at Worlds, because I will test more for that tournament."

So the gentleman from France doesn't feel too confident before the Standard portion of the tournament. One round into the first draft, he still hadn't decided what to play. "I'll try to figure out what the others will play and then adapt to that. Trinity and Angry Hermit seems popular, and I expect a lot of Replenish. Black, Replenish and Hermit decks are probably going to be dominant, but those decks make a cycle, they beat each other. No deck beats all those, or I would have decided what to play already," he smiles.

Unfortunately, Labarre didn't get a very good start of the tournament. In the first draft, he made some bad choices and overall, the cards didn't really come to him. Before the Prophecy booster, he had nine playable cards only. Then again, he drafted red and green, and Prophecy has a lot of good cards in those colors. And Nicolas managed to win his first match. "I needed to get the edge during the first five or six rounds," he explains, and that was exactly what he did. He was pretty insecure before the two other matches, though.

"I really dislike red and green. I hope my opponent gets mana screwed, come in late or anything that can win me a match," he smiles, and for a while, one might wonder if Labarre really wishes that on his opponent. He doesn't. "I really don't hope that. But I'm afraid I won't win if that doesn't happen..."

Nicolas' favorites for this year's title are Raphaël Levy and Christian Lührs. "Raphaël is just a good player, and he wants revenge after being disqualified in Grand Prix Copenhagen and after losing in the semifinals last year. Lührs impresses me every time I see him play. He is nice, plays flawlessly and drafts well," Nicolas says.

Too bad for Nicolas that he was in the same draft pod as Lührs. The two of them even met in the second round, and the German won. Then again, Nicolas "edge" probably didn't work against Lührs. Labarre has discovered that some people are afraid of him because he is famous, and that they make mistakes because of that. "It definitely happens. People make mistakes because they wonder what I can have in my hand even when I have nothing," he grins. In Grand Prix Tours, there was a guy who didn't attack with everything because he was afraid I might have something. That gave me an extra turn, and I was able to win the match."

Nicolas admits that he likes being well-known. "It feels good to come to a tournament and people say hello to you - and you know you'll get some feature matches and that your parents will see you on the website," he laughs. But he quickly adds that it isn't all that important. "I'm not really famous, just Magic-famous. And I don't take it so seriously that I could cheat. I'd rather lose a game I don't deserve to win than trying to get my opponent a double warning..."