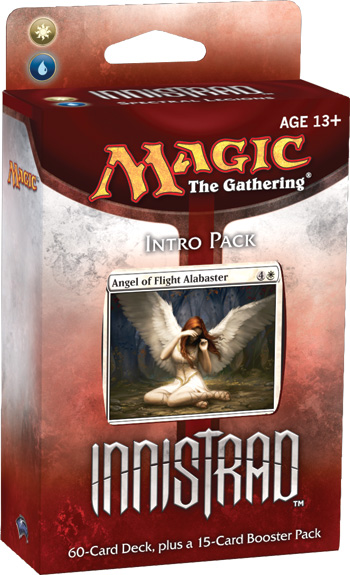 The bulk of the deck is made up of evasive Spirits. Most have flying and the rest have intimidate, so they'll be difficult to block. Your best plan is to be aggressive, attacking with creatures your opponent can't block. While doing so, bolster your attacking Spirits with Auras like Curiosity, to help you draw more cards, or Lifelink, to help you gain life.

Defensive help comes from Auras like Pacifism and spells like Unsummon keeping enemy forces at bay. Enchanting one of your creatures with Spirit Mantle or Divine Favor makes that creature a fantastic blocker.

Your knowledge of the afterlife isn't restricted to creatures that have Spirit printed on their type line. When Doomed Traveler and Mausoleum Guard die, Spirit tokens take their place and continue to fight for you. Angel of Flight Alabaster, meanwhile, lets you recover fallen Spirits from your graveyard. With this deck, death can't hold the dead for long.

One way to pump this deck up is Dearly Departed, a 5/5 flying Spirit that continues to have a major impact on the battlefield long after it's dead. Mindshrieker is a two-mana flier that can hit for major chunks of damage while depleting an opposing library. Also consider Adaptive Automaton from the Magic 2012 core set, a creature that can give your Spirits a substantial +1/+1 boost. 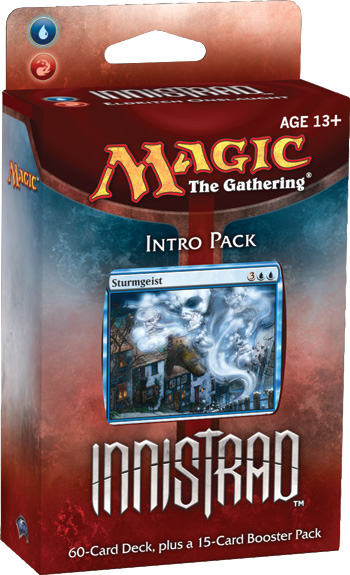 The "Eldritch Onslaught" deck is a tricky mix of flashback spells and wily creatures. With your bewildering array of magic, you'll soon have your opponent spinning in circles.

With this deck, you want to fill your graveyard as soon as possible. Target yourself with Dream Twist, activate Deranged Assistant's ability even if you don't need the mana—even enchant yourself with Curse of the Bloody Tome. It may sound strange, but it will definitely help you win.

Your deck is filled instants and sorceries with flashback, which you can cast from your graveyard. Every time you put one into your graveyard, it's just like drawing another card you can cast! Cast twice as many spells as your opponent, and you're probably well on your way to victory.

Many spells in this deck keep your opponent's creatures off the battlefield either by damaging them or by putting them back in their owner's hand or library. Combined with your defensive creatures, you should be able to survive long enough to take control of the game. You might finish your opponent off with Sturmgeist or Charmbreaker Devils or use Burning Vengeance to dominate the late game.

After you have a good sense of the deck, there are multiple ways to personalize it. You can concentrate on the library-depletion plan, perhaps with Magic 2012 cards like Jace's Erasure. Twist the focus to your own library, and you can use the instant win condition of Laboratory Maniac. Beef up the flashback content of the deck with cards like Devil's Play, allowing you to deal as much damage as you can afford . . . twice!

1 Charmbreaker Devils 1 Into the Maw of Hell
36 Cards 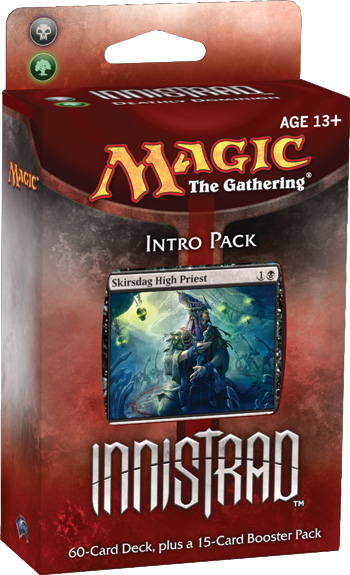 While playing the "Deathly Dominion" deck, you'll delve deep into the dark arts to harness the fearsome powers of death. Even killing your own creatures can work to your advantage! When death itself is on your side, who can stand in your way?

As the game progresses, take advantage of the "morbid" abilities in the deck. A morbid card gets better if any creatures died earlier in the turn. For example, you gain 5 life when Hollowhenge Scavenger enters the battlefield if a creature died that turn. Similarly, Skirsdag High Priest lets you tap it and two other creatures to create a Demon, but only in the aftermath of another creature's death.

Importantly, morbid abilities don't care whether the creature that died was yours or your opponent's! To get these benefits, sometimes it's worth causing your own creature to die. You might sacrifice Brain Weevil to make your opponent discard two cards, or you might sacrifice a creature to equip something with Demonmail Hauberk. Of course, it's even better if one of your opponent's creatures has died first; Dead Weight and Doom Blade can help with that. Keep in mind, though, that sometimes you're better off casting a morbid spell than waiting, even if you won't get its bonus.

If you decide you're ready for even greater mastery over death, Reaper from the Abyss would be a diabolical addition to the deck. This gigantic flying Demon has a morbid ability that kills even more creatures! The powerful planeswalker Garruk Relentless is another good choice, since he can both create creatures and kill them. 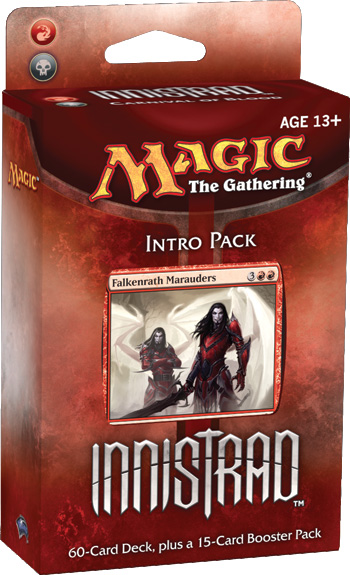 With the "Carnival of Blood" deck in your hands, you're the leader of a clan of Vampires. These aren't the brooding, romantic ones that keep popping up in movies, but the real deal: vicious and ready to go on the hunt.

This deck starts the action early with a range of Vampires that cost two and three mana. Ideally, you'll be able to go on the offensive almost immediately. Many of the Vampires in this deck get larger if they deal combat damage to an opponent, so there's plenty of incentive to attack.

The other cards in your deck support your fighting forces. Some, like Gruesome Deformity and Cobbled Wings, give your Vampires evasion abilities. Others, like Tectonic Rift, knock potential blockers out of the way. And Fireball can take out a whole opposing army . . . or a whole opponent.

Given the speed and strength of your Vampire clan, it often won't take long for you to just roll over your opponent and win the game. But, if your opponent makes it to the late game, you have a back-up plan: late-game Vampires! Keep pounding away with Stromkirk Patrol, Sengir Vampire, and Falkenrath Marauders, and your opponent will eventually buckle and break. One great weapon is Falkenrath Noble, who drains away your opponent's life even if your Vampires are killed.

When it's time to modify the deck, seek out the services of Olivia Voldaren, a legendary Vampire who feeds on other creatures before making them her personal minions. Stromkirk Noble can also get your deck out to an explosive beginning, and there's not much Human opposition can do to stop it. 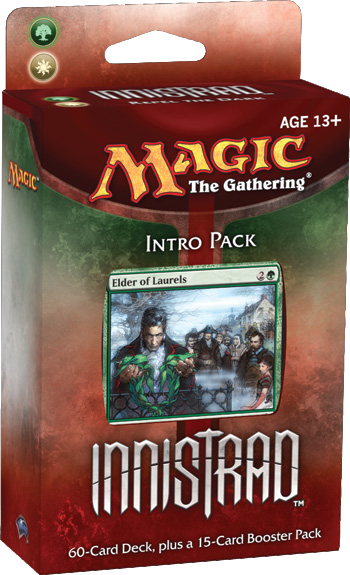 In a world crawling with monsters, sometimes it takes everything you've got just to hold onto your humanity . . . but then again, sometimes humanity strikes back! While playing the "Repel the Dark" deck, you'll rely on what it truly means to be human—teamwork, loyalty, inventiveness, and self-sacrifice—to conquer the enemies who wish to snuff you out.

This deck rewards you for controlling a legion of creatures and eventually overrunning your enemy. Humans only stand a chance by sticking together, either as an organized army or as an angry mob. Start filling the battlefield as early as turn one with Elite Vanguard.

Attack whenever the opportunity presents itself. In particular, Hamlet Captain and Benalish Veteran are better when they're attacking. Humans are especially adept at using Equipment like Sharpened Pitchfork. Unruly Mob and Elder Cathar can turn short-term losses into long-term gains.

Use your tactics and your cunning to find advantages, all while growing your forces. Jade Mage supports your team with Saproling tokens, and Mentor of the Meek's card-drawing ability means you'll never run out of reinforcements. Eventually Overrun or Elder of Laurels will use the sheer size of your horde to blow the game wide open.

Take this deck to the next level by adding Champion of the Parish, a one-mana Human Soldier that gets larger whenever another Human shows up on your side of the battlefield. You may also want to turn to Mikaeus, the Lunarch. Mikaeus is the spiritual leader of the Humans, and he continually strengthens your team with +1/+1 counters!

1 Slayer of the Wicked 2 Smite the Monstrous 1 Bramblecrush