We're taking a two-week holiday break and will be back with new stuff on Monday, January 3, 2011. Until then, please enjoy our favorite Arcanas of 2010. This article originally ran June 15, 2010.

s you might have read in Savor the Flavor, each of the three Eldrazi titans has its own "brood lineage" of foul spawn, and the three lineages have different physical characteristics. And as you might have noticed, there are three different Eldrazi Spawn tokens in Rise of the Eldrazi—one for each lineage—and many of the cards that create Eldrazi Spawn reference one of the titans or its lineage, either explicitly or obliquely.

From left: Eldrazi Spawn of the Ulamog, Emrakul, and Kozilek lineages


When you're actually playing, you probably just grab whatever tokens are handy—and for most people, that's fine. If you're a flavor goob, though, some part of you longs to root around for the right Eldrazi Spawn tokens for the lineage in question. In some cases it's obvious which lineage that is; in others, it's less obvious. Fortunately, between the card names, the art descriptions, and the Rise of the Eldrazi style guide, Magic Arcana can help!

The Ulamog, the Infinite Gyre lineage, with their fleshy tentacles and featureless, skull-like heads, appear not only on the eponymous Pawn of Ulamog and Spawnsire of Ulamog, but also on Brood Birthing and Growth Spasm. The spawn in the art of Awakening Zone also look a lot like Ulamog-lineage spawn—note the tentacles and featureless heads—although the art description doesn't specify. 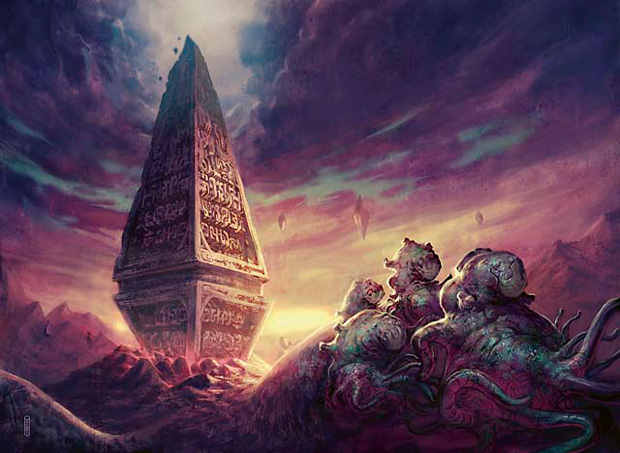 The winner of the bunch is the Kozilek, Butcher of Truth lineage, whose spawn appear in the art of Kozilek's Predator, Dread Drone, Corpsehatch, Rapacious One, and Spawning Breath. Although the Kozilek-lineage Eldrazi Spawn token shows off the characteristic branching limbs and strangely placed eyes of its lineage, the spawn in the art of Essence Feed have the winglike obsidian structures that are also an identifying mark of the Kozilek lineage. 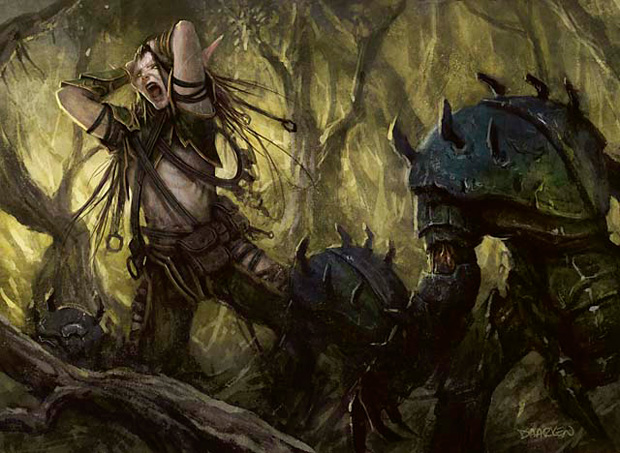 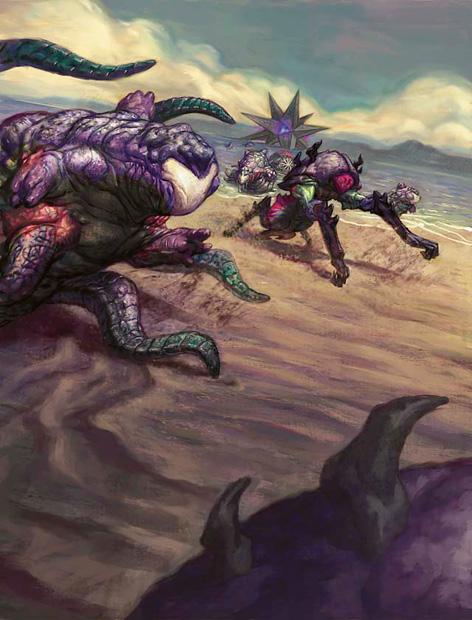 * per trigger or activation
** per damage dealt