Advice from a Mad Scientist

elcome, laboratorians! Today is a very special edition of from the lab. Three weeks ago, I asked you all to vote for a non-Magic topic and promised to write an article and build some decks around the winning idea. Here are the results.

Apparently, I underestimated your sense of humor, because nearly a thousand people voted for the comedy option. Although the initial feedback I received seemed to suggest that dinosaurs would win the gold, in the end it dropped to 3rd place, behind girls and why I'm so darn sexy. Since the first two topics are strongly related, I decided to combine the two. Today I'll share a few lessons I've learned over the years about love and life that apply to deck building as well.

Save the First Dance for Me

Growing up, my parents had a rule that you weren't allowed to go on a real date until you were sixteen. This never bothered me much, because I wasn't a very outgoing person anyway. When I turned sixteen, I had no plans to ask a girl out anytime soon.

As it turned out, it wasn't my plans I needed to be concerned about.

A month or so after my birthday there was a girls' choice dance at my high school, and I was asked well in advance. I didn't know the girl very well, although we were in one class together, and I wasn't particularly attracted to her. However, she was sort of a friend of the family. You see, my father enjoys directing plays for the community theater in his spare time, and she had participated in a number of them.

While I was thinking of a way to politely decline the invitation, he informed me that he had informed her of his rule about dating, and she had been waiting until I turned sixteen to ask me out. Between not wanting to break the girl's heart and the parental pressure, I decided to say yes.

There was just one other problem: I can't dance. I mean, with something more structured like a Waltz I can handle myself all right, but when it comes to just getting out there and grooving to the music I look more like a confused and poorly programmed robot.

Fortunately, I managed to sprain my ankle playing ultimate Frisbee shortly before the night of the dance. It hurt a bit, but at least I had an excuse for being a terrible dancer. "Oh, I'm actually a much better dancer when I'm not injured, but since I'm never coming to another dance again ever you'll just have to take my word for it." I could have used it as an excuse to not attend the dance, but I had already said yes, and I felt like it would come across as a lame excuse to get out of a commitment I didn't want to make in the first place.

I learned the hard way that even attempting to dance when you have a sprained ankle is generally not a good idea. After the first hour or so, what I was doing was less like dancing and more like rhythmic limping. I had a miserable time, left early, and spent the rest of the weekend walking as little as possible.

Lesson: Don't do Something Just Because You Feel You're Supposed To

So, what would have happened if I had just declined the invitation? She likely would have asked someone else, and then would have gone to the dance and had fun instead of being stuck with an uninterested and half-crippled dance partner. Meanwhile, I would have been at home resting, ready to go play football or Frisbee or paintball or whatever the next day.

The same philosophy applies to deck building. For example, Thoughtseize is one of the most powerful cards in Standard at the moment. Many people will tell you that any black deck should start out with four copies of the card. After all, it's powerful enough to see play in even older formats, so not playing it in Standard would be just wrong, right?

You should certainly consider the card, but you need to look at what your deck needs and see if the card is a good fit. Maybe your deck just can't afford to be playing Thoughtseize for one reason or another. You would never have discovered that if you had just followed the common consensus rather than making the decision on your own.

This idea is even more helpful when building more casual decks. For example, when I build some silly deck to play in Modern with friends, I often hear things like, "This would be better as just BUG Delver." Well, maybe it would, but you know what? I don't want to play BUG Delver. I might win more games with it, but my deck is more fun for me, and isn't that why we all play Magic in the first place?

There are often different cards or even entirely different decks you could use that would be more powerful than what you put together, but don't feel forced into playing the best deck, or the best card. Unless you're trying to win the Pro Tour, the reason you're playing Magic is because you enjoy it. If you have more fun with your deck, play it! Your Spike friends will be endlessly confused by how you can have fun without winning all the time, but you can just smile and cast Epic Experiment for 20.

At the time I graduated from high school, I was very overweight. At 6'5" and nearly 300 pounds, I was a very large young man, and not in a good way. I had been slowly gaining weight for years, simply because I didn't care. I had pretty low self-esteem, and subconsciously, I felt like no one really liked me anyway, so what did it matter if I wasn't taking care of myself?

A year or two later, something changed. I'm still not sure what it was exactly, but something clicked in my mind and I realized that I needed to get in shape, and that it wouldn't even be all that hard to do. Part of it certainly came from watching my father struggle with his own far-more-severe weight issues.

Over the next year, I made a lot of changes. I started watching what I ate. I got back into martial arts, and bought a punching bag to practice on. I dropped about 80 pounds, and when none of my old clothes fit anymore, I decided to change my wardrobe as well. I ditched the oversized shirts and cargo pants, and spent some time searching for clothes that actually fit my rather lengthy frame. I grabbed some button-down shirts, nice jeans, and khakis, and later even a sport coat or two. 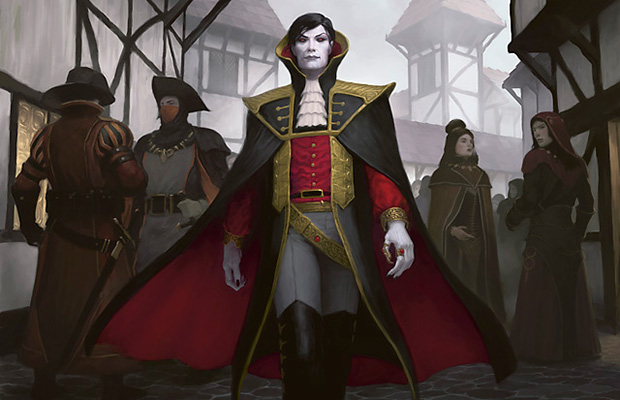 In short, I made the decision to care. About my health, and about my appearance. It was the best decision I ever made. As I lost weight, I gained self-confidence, and the numerous compliments on my appearance I began receiving certainly didn't hurt. As far as dating goes, not only was I more physically attractive, my newfound confidence made me more emotionally attractive as well.

Lesson: Life is Better When You Care

Not caring has become quite popular these days. If people don't like you, who cares? It's their problem. If people disagree with you, who cares? They're just stupid and wrong. Why should you care about the rules of society when they don't do any good anyway?

In fact, people who allow themselves to care, who become visibly excited about something they enjoy, are often labeled as geeks, especially if their passion is the least bit unconventional.

But you know what? Caring is pretty great.

A lot of people hide their love of Magic, fearing the judgment of more "normal" people. For a while, even I did it. When you think about it, though, it doesn't really make any sense. Why should you be ashamed of being happy? Why should you be afraid to show the world that you've found something you truly enjoy? Who knows, maybe someone will even decide that they want to find out more about this game you're so excited about.

When building decks, many players focus on finding the one that's going to win the most. When I look back on my time playing Magic, however, winning isn't what I remember. I remember using two Ghor-Clan Rampagers on Markov Blademaster to attack for 19. I remember drawing my entire deck with Vedalken Archmage before I could find a way to actually win the game. I remember pulling out my phone to calculate how big my Chameleon Colossus was and getting a number close to half a million.

Like with dating, when I try out different Magic decks, I'm not looking for the one that's objectively the best. I want to find something (or someone) I truly care about. Everything else is irrelevant.

A lot of people look at the question of the meaning of life like it's some great unsolvable mystery. To me, there is no mystery. I believe the meaning of life is to achieve lasting happiness, and I make most of my decisions with this in mind. When my friends and I wax nostalgic and exchange stories about all the fun we've had playing Magic, I don't think of that time I won FNM three weeks in a row. I think of that time I won a single game with my ridiculous homebrew against the almighty Jund during Shards of Alara-Zendikar Standard.

I've gotten a lot more personal and more philosophical than I expected when I started writing this article, so I'm very interested to hear what you all thought. Should I stick to pumping out crazy decklists, or throw in a few stories and broader ideas now and then? Let me know using the twitter or email links at the bottom of the page, and I'll be back next week with more of the usual fare. In the meantime, I thought I'd leave you with a few of my favorite decks of all time. These are the lists that have brought me the most joy, and the best stories. I'll see you next week, and I hope that you find a deck that truly makes you happy.

2 Mentor of the Meek

2 Purphoros, God of the Forge 3 Ranger of Eos
39 Cards