ello and welcome back to the Lab! Since that sentence had rebound (thanks to my preview card Cast Through Time), it'll repeat itself on my next upkeep (which would presumably be next week.) Of course, since I start each column with a friendly greeting, I've apparently had Cast Through Time on the battlefield this whole time. I've heard of the Future Future League (which itself has a rebound in its name), but this is ridiculous.

All kidding aside, welcome to Rebound Week. You may be wondering what tricky rebound cards I'll be experimenting with today. Of course, we'll get to that after the introduction, but I thought I'd take some time to talk about my first impression of rebound. When I first scanned the text of Cast Through Time, I was a bit confused. Where could a new keyword for instants and sorceries go that flashback, retrace, replicate, and others haven't already gone? I also misread the card at first, believing the initially played rebound spell to be exiled without effect, rather than being cast first (I missed the resolve trigger.)

Some of the initial marquee rebound cards such as Prey's Vengeance and Virulent Swipe looked underwhelming to me as well (but hang on, I'm getting to a nifty point.) However, actually playing around with the effect is far more fun than it appears in text form. And in terms of actual viability, a free +2/+2 in your upkeep never hurt anyone. 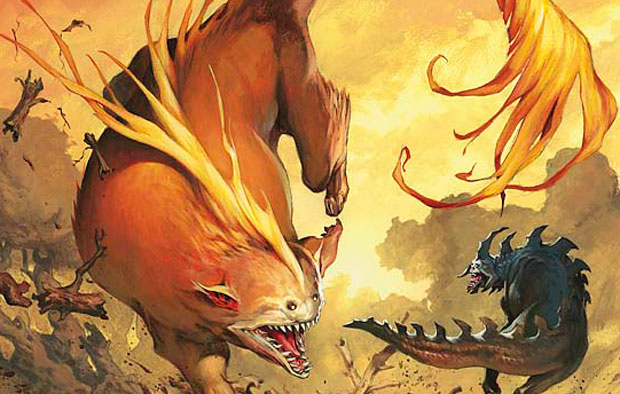 This leads me to my thematic point: Always be ready for the rebound. You may cast a card off as limited, narrow, or flat-out useless at first, but there's always a situation in which the said underappreciated card can thrive. My example is the rebound mechanic, but there are many others. Although I am not truly versed in tournament Magic, I do love the moment when a fun casual card rebounds from the position and careens into superstardom; from what I can tell, Protean Hulk and Dark Depths are examples of these cards.

Now, onto the decks. Also, I was originally banking on making another Dwight Howard joke (as I did in my first rebound article) but since the Magic basically rolled over against the Celtics, it might be a bit out of taste. Now all I can do is root for the Suns, led by Steve Nash, the Ink-Treader Nephilim of the NBA. Yeah, I went there.

While you're all reeling from the shock that I occasionally follow sports, I'll prepare my next shock, of the Staggering variety. Staggershock is one of many instants that make up this first, Standard, hopefully fun deck based around Surreal Memoir. The Memoir was one of the few rebound cards that made me sit back in my seat. I absolutely love kooky effects such as these (Fossil Find was another of my favorites back in the days of Shadowmoor) and having it rebound is the icing on the cake. 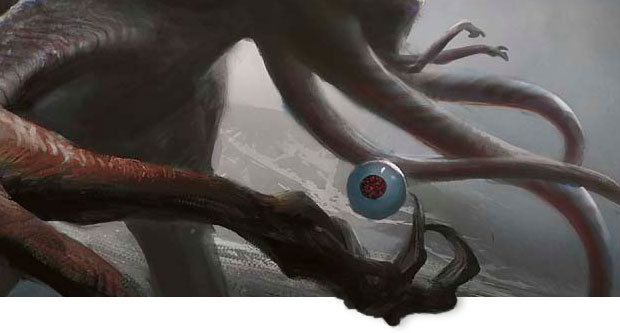 Obviously I'm going to want a ton of instants in my library and graveyard so the rebounding Memoir is as useful as it can be. The first effect I looked for throughout the available instants in Standard was a way to return cards back to my hand. Not just creature cards, but any card (like, say, Surreal Memoir.) Naya Charm was my perfect find. Not only is it part of the versatile Charm family, but it can create a never-ending chain of Memoirs and Charms, provided there's enough mana to make it work.

Thus, mana-rampers and searchers like Harrow and Fiery Fall made the deck. Fiery Fall and Sylvan Bounty, in particular, are perfect in this deck (as they are in most decks, by the way. I love that mini-cycle from Conflux). Land cycle them without abandon, as a Surreal Memoir will pick them from the graveyard at some point.

I also added some big, fun instants that haven't seen too much casual play in the Standard environment. Skeletonize is a flavorfully fun spell, and Stone Idol Trap can be a real ... wrecking ball. Yeah. Burn spells like the aforementioned Staggershock and Searing Blaze make it in as well. I'm not sure that too many are aware of the super-cool Limited combo in ZEN ZEN WWK draft: Harrow plus Searing Blaze. Alongside other landfallers, this was a 6 damage assault with bonuses! It's fun to make use of, and in this deck, you can do it again and again. 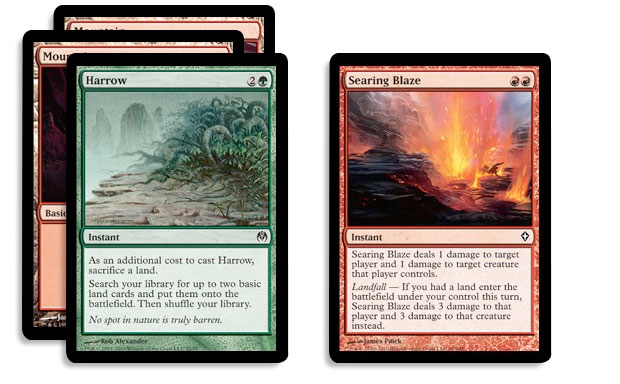 I've been waiting for a deck to place this card in ever since Rise of the Eldrazi was released, and in a mana-ramping, burn-happy, instant-slinging deck such as this, it's a perfect fit. Sphinx Bone-Wand acts as kind of a ping cantrip, adding at least 1 damage to every instant you cast. The best part is the rebound trigger will activate it as well, as you 'cast' the card from exile.

The crazy land base is for Realms Uncharted and Harrow to exploit. I'm hoping your Memoired instants will be enough to safely run out the Bone Wand and slowly rack up the damage.

Last week, I received an interesting email from Julian Rhodes in response to my recent Hellcarver Demon deck, the one that sought to win with Barren Glory off of a Demon attacking Through the Breach. Julian suggested that the Demon was a bit more broken then that, and included a deck list that was partial to the rebound spells. 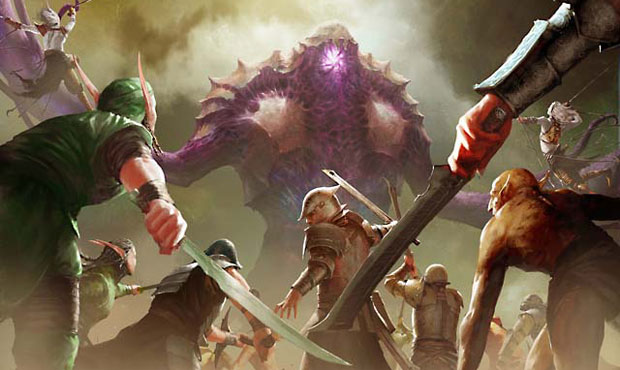 Now, as you can imagine, this combination is terrific, assuming that you land on some rebounders within the first six cards of your library. Survival Cache, Consuming Vapors, Distortion Strike, and Virulent Swipe are all pretty damn cool. But, according to Julian, the 117,000 dollar card to flip over is World at War. Known as the Rebounding Assault (in Noel Land), World at War can actually allow the Demon to strike again, potentially unveiling some more rebounding goodies. Seriously, though, this card is called World at War. I can't believe I'm even considering playing this deck without hordes of zombies. Samurai I can live without, even if it means leaving out Call of Duty.

I need some other creatures to swipe virulently at my opponent anyway, so they might as well be Zombies. Oh, and along the same lines as Barren Glory ... Restore Balance seems like a perfect card to flip up on a Hellcarver attack.

We'll end today with a Cast Through Time deck. However, it's interesting to note that this deck didn't have anything to do with rebound at first. In fact, when it was first submitted via email by Brandon Isleib, it instead revolved around a very cool combo making use of a Worldwake card I'd been meaning to break in half. Brandon did it for me, though. Listen up:

"Are you tired of milling as a Johnny win condition? Exasperated from the hatred drawn when you destroy lands? Well, what if you cared only about milling lands? The idea here is that Mind Funeral guarantees at least 5 damage to the dome from Roiling Terrain."

Bravo. That's some seriously out-of-the-box thinking. Whereas Mind Funeral is normally appealing for its brutal milling talent, many overlook the pure fact that it places four lands in the graveyard at once. Brandon noticed, and paired Roiling Terrain with it. Roiling Terrain was dubbed a 'Johnny-Card-to-Watch' by yours truly (in Noel Land) and I'm overjoyed its getting used as more than a Stone Rain + Shock. In this deck, it'll at least be a Lava Axe as well!

Now, Brandon used Dralnu, Lich Lord as an interesting method of reusing the two key sorceries. Since its Rebound Week, though, I'll substitute Cast Through Time for Dralnu. While the mythic enchantment is more expensive, it carries less of a sacrificing risk and is generally more flexible. Plus, rebounding Mind Funerals or Roiling Terrains on their own sounds absolutely hilarious!

3 Cast Through Time 4 See Beyond

Cascade is potentially busted with rebound as well. Imagine Bituminous Blasting twice in rapid succession, landing a Grixis Charm and a Mind Funeral (both of which are rebounded.) Feel free to touch up that list (which is a bit rough) and have fun with Roiling Terrain, most of all! Until next week!