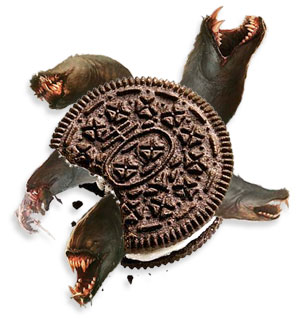 ello? Anybody out there? Oh, sorry, I just didn't see you over the incredible mound of Magic deck ideas, combos, and synergies that Conflux has brought to the table. The latest expansion to the endless repertoire of Magic has been out and steaming for a solid three weeks now, and I've barely scratched the surface of the set. Last week I got my gigantic love of Exploding Borders off of my chest during Domain Week, and two weeks before that I basically did the same thing with Cylian Sunsinger. Smack dab in the middle of those two articles were two other Conflux-oriented decks, like a Hydra-filled Oreo. Today, I'm going to spread out the Conflux love amongst three decks, classic style. Let's dive in and see what treasures lie under our noses!

I'm going to try to work with a theme this week. That theme is based on a surprising number of Conflux cards that fall under the category of "color matters" cards. That moniker should be self-explanatory, but in case it isn't: These cards care about what colors you either have in play or have in your deck. Some of these cards care about what color your opponent is playing, such as Controlled Instincts or Celestial Purge. Those types of cards are generally called "hosers," as they are designed to hit your opponent with the blast of a firehose. Or at least I think that's how it works.

Okay, the player terminology lesson is over, come on back! As I was saying, many interesting "color matters" cards were printed in Conflux. One member of this exclusive club (I was denied membership, which is a joke. Just look at my hair color and Magic color preference: red matters, baby!) has stood out from the pack: Mirror-Sigil Sergeant. A quick aside: Is "Rhino Soldier" the absolute coolest creature and class type combination in Magic? Between this and Rockcaster Platoon (which I discussed earlier this year) I've grown to love the horned, leather-skinned beatsticks. 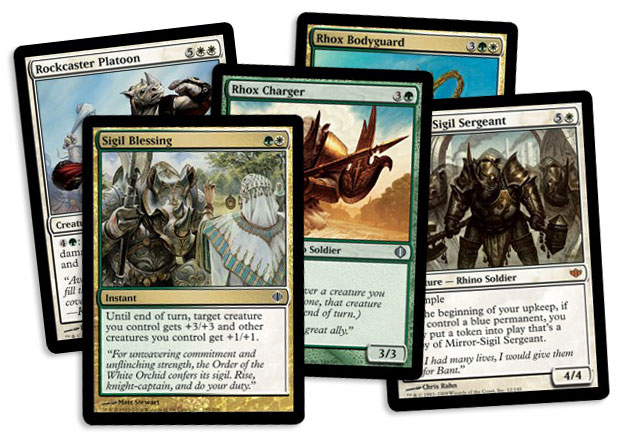 So, Mirror-Sigil Sergeant. This guy jumped out at me from a distance when I was pouring over the Conflux spoiler, and during one of my first Conflux booster pack opening sessions, I was delighted to find a copy lurking next to the uncommons.

Cozily nestled in my email account was a fun message from Anders S.-W., who had come up with the Paradox Haze interaction. As Anders describes it, "2 and U for a blue enchantment in which you get an extra upkeep is something you could easily base a deck around." Good find, Anders! The Time Spiral enchantment works well with any upkeep effect, be it Deep-Sea Kraken or be it not Plague Sliver. Why not Rhino Soldiers!

I found other fun cards to play with Mirror-Sigil Sergeant. Followed Footsteps gets insane quickly. Being blue itself, it makes sure that one upkeep with the pair in play will split the Sergeant into four copies (a quirkly process that I believe is called "rhinotosis.") Add Paradox Haze to the mix for pure insanity.

Chronozoa is a blue permanent that works much the same way, so it was a no-brainer to add. Painter's Servant stops most early creatures in their tracks while making everything on the board blue for redundancy. Indigo Faerie has a similar effect on the board. From there, Faerie Swarm was a perfect addition.

For defense, I called upon Propaganda, the blue version of Ghostly Prison, to gum up the works. Legacy's Allure is synergistic with Paradox Haze and is an early blue two-drop. Finally, I thought Balduvian Frostwaker would be a neat addition. Early on, it can make your lands into 2/2 flying blue creatures. Even if the Frostwaker itself is killed before your Mirror-Sigil Sergeant hits play, you should have insurance in the form of snowy land Elementals, which is arguably the coolest insurance of all time. (Are there any geckos in Magic? I rest my case.)

Another fun blue permanent to pair with Mirror-Sigil Sergeant is Teferi, Mage of Zhalfir, who lets you flash the Rhino Soldier into play at the end of your opponent’s turn.

Although they don’t work at their best in this particular deck, Swirl the Mists and Govern the Guildless are good cards to keep in mind when pondering Conflux’s "color matters" cards:. The forgotten Champions of Kamigawa enchantment excels alongside Eventide Mimics and is generally helpful, though unfortunately redundant alongside Mirror-Sigil Sergeant. Meanwhile, Govern the Guildless can Quickchange something every turn, which is neat, and is a basic Control Magic on monocolored creatures. And if you really, really want that Charnelhoard Wurm to play for your team, give it an offer it can’t refuse: the Azorius-tinted sorcery can turn it white, say, and then snag it for your own ends. Like I said, these cards aren’t perfect in the above deck, but perhaps Conflux can show them some love. 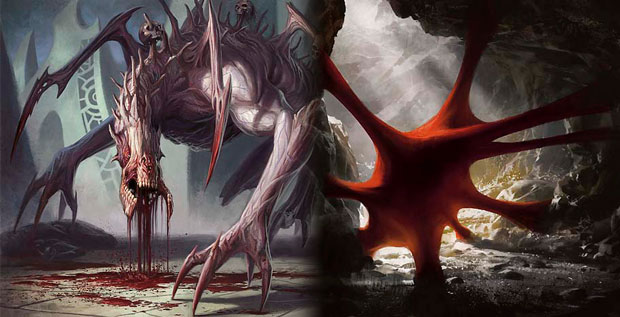 Sounds like a comedy duo from a Dr. Seuss book, don't they? In the Magic world, the only person who will be laughing when you pair Kederekt Parasite with Bloodhall Ooze is you. If you're wondering which name belongs to which one-drop, the Parasite is Icky (look at that macabre art!) and the Ooze is clearly seen sticking it to the walls. Those overbearing walls.

Besides fabricated flavor quirks, you might also be wondering just why these two make a good team. I'll tell you. Since one is red and the other is black, one will "turn on" the abilities of the other and vice versa. The fact that they are both early drops is great as well. In no time, Kederekt Parasite will be slowly pinging your opponent to death, while Bloodhall Ooze will enlarge rapidly.

Support cards? You got it. Spiteful Visions seems like the perfect card to pair with Kederekt Parasite. With the two in play, every time your opponent draws a card, he or she will get Shocked. Since Spiteful Visions also comes with a free Howling Mine effect, your opponent's life total will start falling away in chunks. Another card hailing from Conflux that fits into the deck is Font of Mythos, a rare that's already been labeled as jank. Jank it may be, but it's jank that's going to kill ya! And, of course, having multiple copies of just the Parasite will lead to more pain.

So Icky's getting the treatment. What about Sticky? Gaining one +1/+1 counter a turn is pretty swell, but the possibility for two is too great to pass up. Since it is almost assured that your annoying one drops will be receiving some removal, Desecrator Hag acts as a restrictive Gravedigger that's both black and green. Both Kederekt Parasite and Bloodhall Ooze have 1 power, so you'll be able to choose. On the quicker side of things, Odious Trow is a black and green one-drop that can hold off early forces, so your Ooze starts getting bigger at a faster rate. Along similar lines, Manaforge Cinder is important in an epic way: it's both black and red for your various "color matters" cards, it's an early drop, and it can wash your mana in very helpful ways. 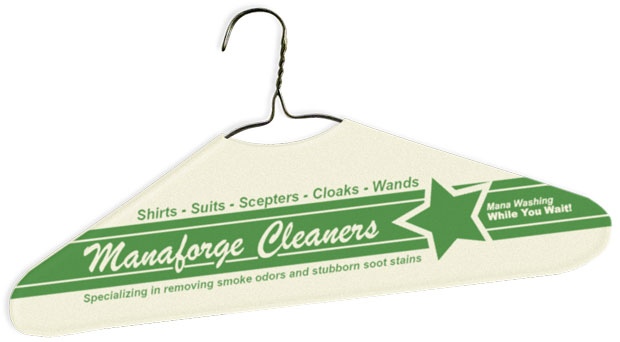 Jund Battlemage seemed like a more than solid addition at the three-drop slot. Besides causing more pain with its first ability, it makes green Saproling tokens, which Bloodhall Ooze likes to see. Woodlurker Mimic is easily cast, and if you play it immediately following Bloodhall Ooze, pat yourself on the back. A lot.

Let's see, we've got creatures hitting the graveyard, and card drawing galore. This could be a good home for Vicious Shadows! Lots of things are going to the graveyard, and with Spiteful Visions or Font of Mythos in play, your opponent's hand should be loaded! After I added some land searching and some burn (hitting both bases at once with Fiery Fall), I stirred the mixture up, resulting in this concoction. Feel free to shift the numbers around.

It's not just Icky and Sticky that give this deck its name. I've pulled off some absolutely gross starts. Goldfish this thing a couple of times, and see how many cool things you can do. Between the whopping 16 one-drops, Mimic power, and end game Creakwood Liege nuttiness, this deck is pure fun. I was incredibly tempted to splash a fourth color for Ranger of Eos, but it was just too clunky.

Silver and Black (and Blue)

Well, those two decks were pretty nutty, huh? I'm trying something new this week, by ending the column with a straightforward deck and placing the wackiness up front. The kicker is that this deck is Lite! Lite is a casual term coined by the famed deck-builder Jay Moldenhauer-Salazar (or JMS) way back when this humble laboratory was an even more humble house. What it means is that only commons and uncommons are allowed in the deck. I was inspired to do this for two reasons. The first was that today's first two decks were brimming with rares, and I wanted to cut back on that an itsy-bitsy amount. The second is that the core of my final idea for this week has no rares at well, but synergistic budget cards. 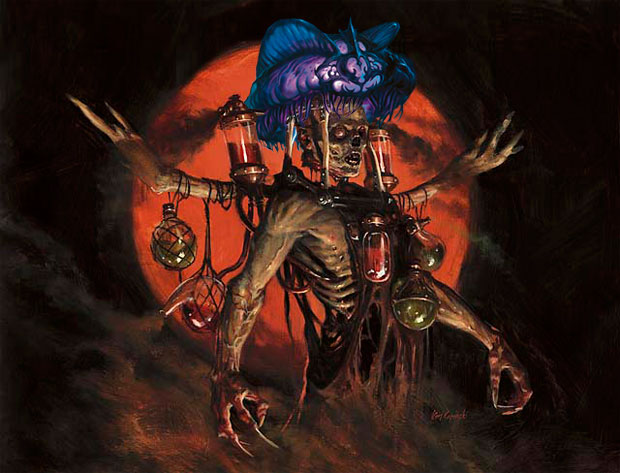 Wouldn't it be cool if Sedraxis Alchemist was really a Man-o'-War? You know, as if zombie alchemists can brew up a nigh-perfect jellyfish disguise. Alternatively, Parasitic Strix is potentially a flying Highway Robber for three, which is pretty nuts. Both of these "color matters" cards would love to see a blue and black card come down a turn before them; preferably a card that, like the two Conflux denizens, is a quick beater.

That would be the day. Good thing that day is now. Say hello to Inkfathom Infiltrator, Inkfathom Witch, and Wasp Lancer.

Hold off on drooling for two seconds, okay? Since both Sedraxis Alchemist and Parasitic Strix have "comes into play" abilities, Vedalken Mastermind seems a perfect fit. Plus, it's a blue two-drop for the Alchemist! Mulldrifter and Fleshbag Marauder provide more "comes into play" creatures on a budget, and Terror, um, kills things that get in your way. It's just back-to-basics aggro that can beat opponents black and blue.

If you did want to spice up the deck with gold-symboled cards, I'd consider Glen Elenda Liege or Sygg, River Cutthroat. Sygg seems especially awesome to me for some reason. The same goes for Dire Undercurrents. 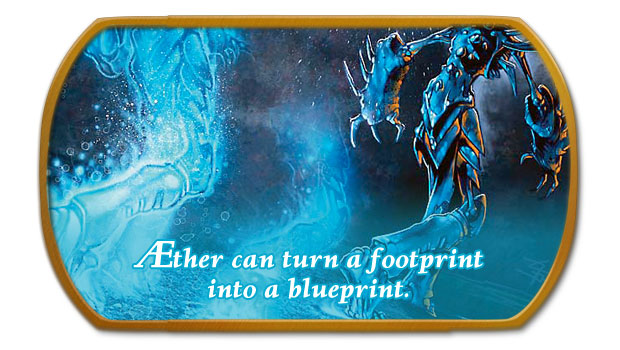