ate. Wow, that's a heavy proposition for a theme week. The ultimate question seems to be: Is everything preordained?

Now, I'm not sure I can add any great insights to this topic, which has been puzzled over throughout history by humanity's most extraordinary thinkers. But I find myself leaning toward a mixed theory. Everything is preordained, but the beauty of "now" (the present moment, the current position in which I am breathing air and existing) means I have the ability to shape my fate.

Throughout our travels in life, we must realize what it is that we alone, as unique individuals, can do with our time. And it seems to me that behaving this way is tantamount to discovering a purpose—a thread to forever follow.

But what do I know? All I can do is gaze on the ink-black, star-scattered sky, and wonder.

Fateful hour landed on my brain along with undying as part of a one-two punch of mechanical flavor, which was one of the factors that led to my affection for Dark Ascension. Both abilities feel completely synched up, with a distinct link between the rules of the game and the imaginary context of the battle. Undying was straightforward enough: It comes back stronger. But fateful hour has a whole different vibe. At 5 or less life, things on your side of the battlefield are usually a bit dicey. You're reeling! On the brink of defeat! One knockout punch is all it will take... which is why you grit your teeth and punch back harder. The extra boost from fateful hour feels very satisfying. 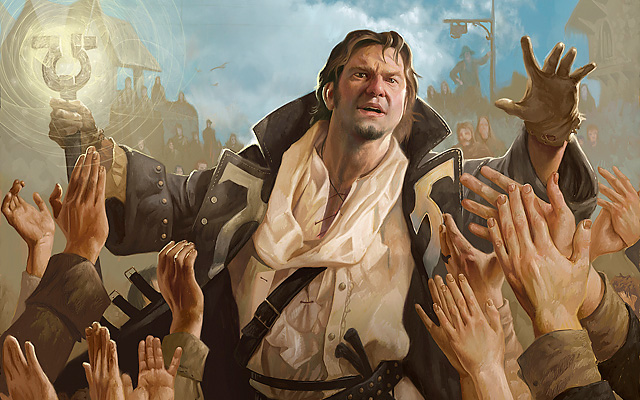 I like to jabber endlessly about things I like (clearly), but enough about the mechanic itself; let's get to some brainstorming. If I'm going to build a fateful hour deck, I need to figure out which cards in to use. I knew I was going to be two colors, and one of them wasn't green, so Clinging Mists and Village Survivors had to go. A shame, as I've always liked a good Tangle (and, uh, Oathsworn Giant?). Break of Day also felt redundant in the company of Faith's Shield, which is an extremely solid protective measure for any sort of white deck.

Now to my actual idea. Well, not technically mine, but a very common suggestion from readers in recent weeks. Ever since Dark Ascension hit, in fact. I speak of the potential nuttiness enabled by Form of the Dragon. RAWR.

Ben Cislowski and Tyler Robinson emailed me with the idea, which, if you haven't discerned yet, revolves around simply sticking the Form and "turning on" all the fateful hour cards. As well as doming your opponent for 5 each turn. And laughing at your opponent's ground-bound creatures.

So with the Form doing its thing, Gather the Townsfolk and Thraben Doomsayer pump out a stream of Humans. Another interesting fateful hour card, Gavony Ironwright, lends its talents as well. If all your Humans are 2/5s, slinging a Wildfire would devastate everything but your troops. The nostalgic sweeper, seemingly outpaced by Destructive Force nowadays, fits perfectly here. Your numerous extra-tough Humans will survive it, as will you. And pre-Form, Wildfire obviously solves creature-horde problems. Feel free to sacrifice some Flagstones of Trokair to it, as well.

I added Seething Songs on the off chance of ramping into an early Form (Boros Signets help). I also packed a couple Idyllic Tutors to find Form of the Dragon, as well as other fitting enchantments. Oblivion Ring is necessary defense. Pyrohemia was a fun Wildfire-esque enchantment that I rarely use (aka: ripe for the Labbin'!) And I figured Rise of the Hobgoblins needed to be in the deck, which had strong red-white late-game token themes.

Fateful hour isn't the only mechanic that deals with destiny. Remember fateseal? This mindwashing ability made its first appearance in, appropriately, Future Sight, which was a set from the future. For reals. 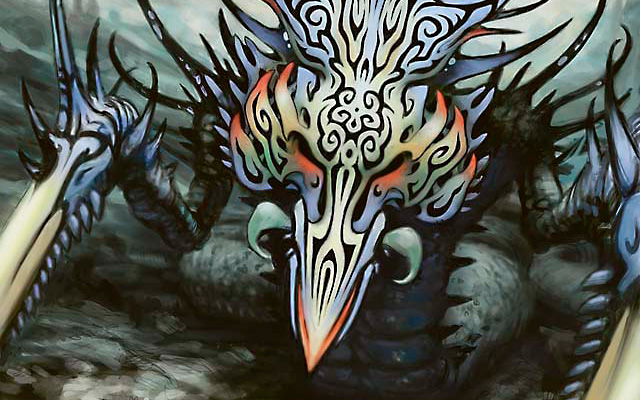 Anyway, fateseal. So far, we've seen it on two cards, Mesmeric Sliver and Spin into Myth (as well as the unfortunately advertent +2 ability on Jace, the Mind Sculptor). With such a narrow card pool to work with, I quickly searched for anything that could generate multiple Sliver tokens. That way, a Mesmeric Sliver could hack the top of my opponent's deck and cramp his or her whole game plan.

Sliver Queen was zanily appealing, but in the end I went with Sliversmith. This robotic Spellshaper can bust out a bunch of Metallic Slivers. And in the context of a Sliver-packed deck, you should be fatesealing a bunch as well. I searched for another Sliver that created benefits when other Slivers entered the battlefield, and came up with the underused (but delectably intriguing) Dormant Sliver, which turns all your guys into quasi-Jungle Barriers.

With blue and green as my settled color scheme, I looked for Slivers in those colors. Gemhide Sliver is a card I have gaped at since its very release (my inexact words at the Time Spiral prerelease in 2006: "...Utopia Tree, but crazily better, WOW"). Telekinetic Sliver heads the defensive Sliver force, giving your army the ability to tap down anything threatening. Quick Sliver is ridiculously nimble as the flash Sliver, which gives you a bit of timing control over when to cast your guys. Mnemonic Sliver was a fun one to dig back for. It's nestled in the three-drop slot and helpfully ices excess Sliver tokens for more cards. Finally, Psionic Sliver is a lurking weapon in the deck, as with it all your Slivers can suddenly Psionic Blast any target. Pretty snazzy.

Spin into Myth was obviously going in the deck, but I took some extra inspiration from it and added a full quartet of Temporal Springs, which can really gum up your opponent's plans. Follow up a Spring with some Sliversmithing and Mesmeric Sliver will isolate the newly expelled permanent at the bottom of its owner's deck. I also thought Wistful Thinking could be fun. Although it's a versatile spell, I envision it to wipe out the dregs of your opponent's hand, leaving him or her spellless. From there, you can control your opponent's topdecks with Mesmeric Sliver and Sliversmith.

I realized I might need another alternative to Sliversmith, so I added a singleton copy of Soul Foundry. A somewhat broken card, the Foundry supercharges things. Start cloning Mesmeric Slivers for oodles of fatesealing fun. Start cloning Muscle Slivers when you feel like getting your beatdown on (or if you want your Slivers to survive Psionic Sliver's shockwaves.)

With one deck to go, I cast my "stay-on-theme" net in a wide arc, considering various fate-related cards to build around. In the end, I decided to revisit the suspend mechanic. These cards are unique (okay, Ertai's Meddling was an ancestral hint) in that they cost not just mana but time. A set amount of turns pass while the spell gambols around in the Æther or something, waiting to resolve into the present timestream. These cards remind me of fate because they prophesize exactly when they will resolve. In other words, their fate seems solid. 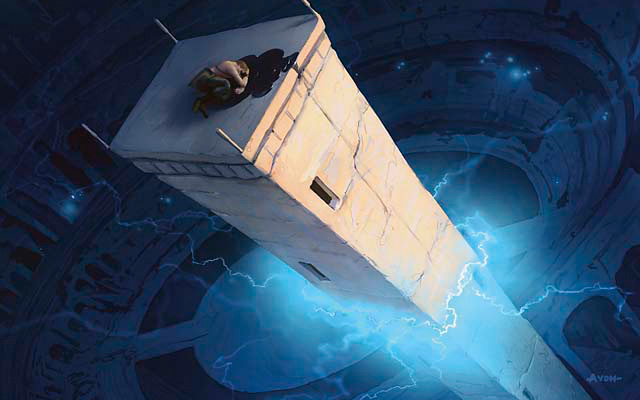 Curse of the Cabal | Art by John Avon

Some time-counter-related cards, however, are adept at messing with fate. For this last deck, I decided to start with Curse of the Cabal. It's a bombastic effect, with a neat twist, as it offers your opponent the choice to delay his or her fate, by sacrificing a permanent. This creates yummy tension! Yay!

I knew I wanted to keep things mono-black (to complete the color wheel this week—an occasional goal of mine), and to that end I turned to the other black suspend cards. Mindstab can pressure your opponent to commit to the board. Corpulent Corpse and Nihilith can bring the frightening beats (and the latter zooms into play on a death-fueled accelerant).

The last thing I want is the Curse to sort of piddle, rubbing out only a couple of lands. That's why I packed the deck with things that like to be sacrificed. That way, if your opponent declines the upkeep sacrifice in an effort to reduce the Curse's impact, you can sacrifice your Ichor Wellsprings and Mycosynth Wellsprings and keep the grind up. Other things that like to die include Perilous Myr, Geralf's Messenger, Epochrasite (that adorable chump-blocking timebug), Chime of Night (a bit of exotic removal), and Mindslicer, which can slice up everyone's minds into useless ribbons of thought.

I was looking for a final addition, a beatstick that liked sacrificing permanents, and stumbled upon Greater Harvester, who packs a walloping punch. I'm very happy to make use of the obscure rare from Darksteel in this deck.

4 Curse of the Cabal 3 Mindstab

Hope you all enjoyed! Until next time.