From the Jaws of Defeat

ello and welcome to Day Four of the massive Rise of the Eldrazi preview period. As I explained a couple weeks ago, I love spring, and I love it even more when the annual spring Magic set is released. This year's spring set is, happily, not a small set but a full-blown large one, featuring all new design and mechanics and such. For more information on this separation between Rise of the Eldrazi and the other two sets in the Zendikar block, check out Mark Rosewater's article from a couple days ago.

One aspect that Rise of the Eldrazi shares with both Zendikar and Worldwake is, obviously, the setting. If my memory serves right, the Eldrazi themselves are mega-badasses that annihilate everything in their path, and now they've put Zendikar at the top of their "Planes to Crush" list. (And if my memory serves wrong (bad memory!) I'd recommend reading the super flavorful feature article from this week, written by Vorthos vigilante Doug Beyer.)

And that brings us to my preview card. Well, kind of. Upon my glance of the text of this card, I didn't make any immediate connections to anything Eldrazi-related. This was because my mind was already stalled on this card's first and only effect. However, when I read the art description, I understood that this card is meant to represent a completely pure "victory from the jaws of defeat" moment. Reading about art is much different than actually viewing a piece, and I'm probably just as eager to glimpse it as you all are to read it.

That tough guy in the art is none other than Gideon Jura, previewed in yesterday’s Savor the Flavor, so be sure to check that out. And, in a usual theme for my preview cards, here's the official FAQ for Near-Death Experience. (FAQ lovers: Tune in next week!)

* This ability has an "intervening 'if' clause." That means (1) the ability triggers only if you have exactly 1 life as your upkeep begins, and (2) the ability does nothing if your life total is anything other than 1 by the time it resolves.
* In a Two-Headed Giant game, anything that cares about your life total checks your team's life total. (This is a change from previous rules.) You'll win the game if your team has exactly 1 life.

No, this isn't an April Fools' joke, although your opponent might think just that when you drop Near-Death Experience on the battlefield. But after surviving through many crises (some self-created), when you finally reach that upkeep clinging to 1 life, you'll have the last laugh. 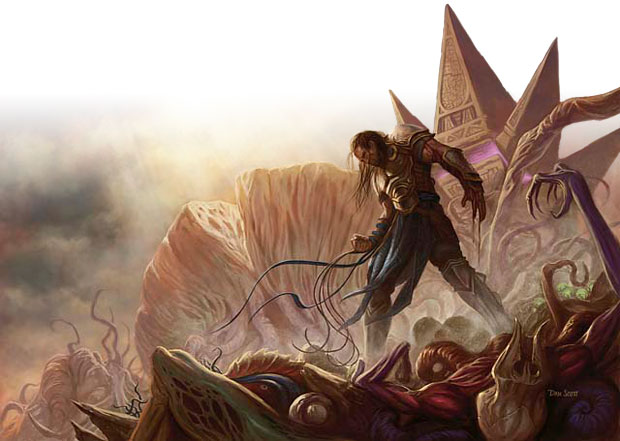 Near-Death Experience reminds me a lot of a couple of other white enchantments, the first of which is Test of Endurance. Both let you instantly win the game if your life total is specifically near or at a certain number. Of course, Near-Death Experience wants you to veer the complete opposite direction, to 50 life, which brings me to Comparison #2: Transcendence. Both enchantments have

in their mana costs, and encourage your life total to be whittled down. Of course, Transcendence is one of the weirdest cards ever, while Near-Death Experience is simply the newest (and arguably most satisfying) alternate win condition.

Before I get into some methods of proactively reducing your life total, let's consider the likely scenario that your opponent has a similar goal, give or take a life point. To that end, let's begin with some defensive cards. 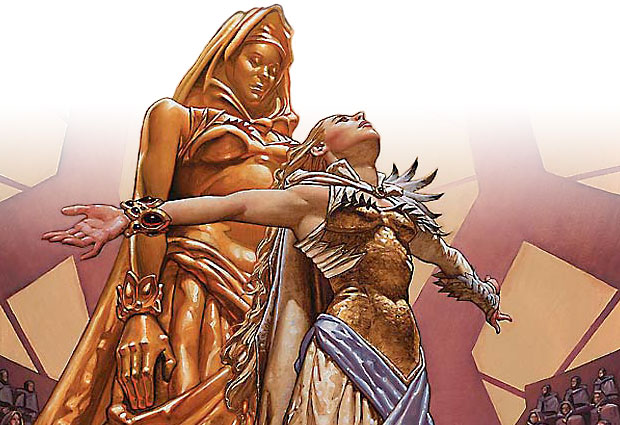 Of course, all your plans for a successful Near-Death Experience would be undone if your opponent was simply holding a Lightning Bolt, to be directed at your face. Therefore, some defense is necessary. Some way of giving yourself shroud (be it Ivory Mask, Imperial Mask, or the able-bodied True Believer) seems like ample protection. Avoiding damage through other methods seems important as well. One of the best straight-up, two-card combos with Near-Death Experience is Worship. One of the classic "annoying survival" cards, Worship basically changes the risk of Near-Death Experience from keeping yourself alive at 1 to keeping just one creature alive. 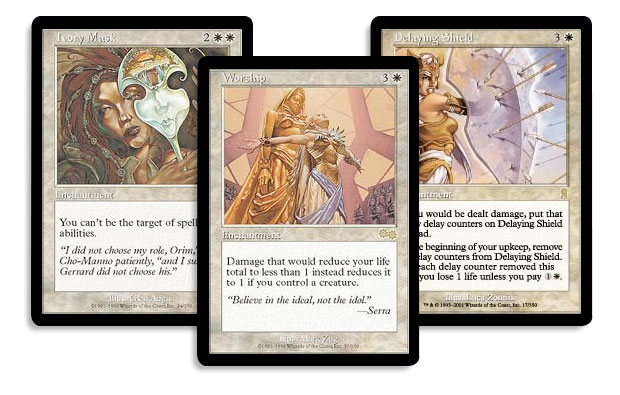 Other defensive methods include creatures such as Ali from Cairo and its Time Spiral homage, Fortune Thief. A board of Worship, Fortune Thief, and True Believer would be imposing enough without Near-Death Experience. Time Spiral also brings Angel's Grace, which is a great "failsafe" card in case your opponent breaks through your many defenses. Sustaining Spirit is cheap, but has an upkeep payment. Delaying Shield can get tricky, but it's certainly a way to control incoming damage. Righteous Aura is perfect for a Near-Death Experience deck, as it offers a way to reduce your life total while turning an incoming Lava Axe into a Shock. 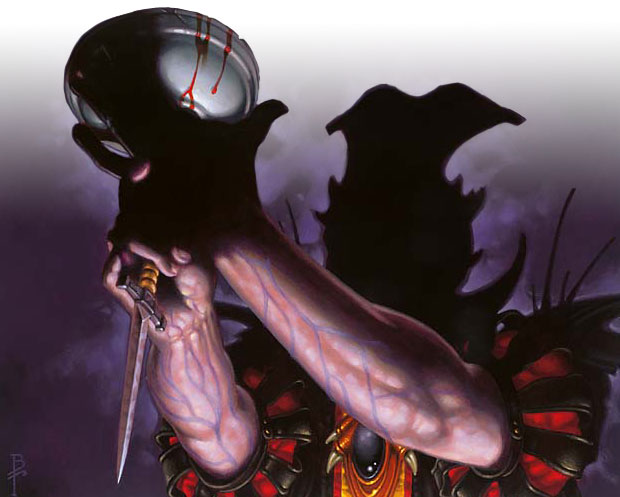 Once you're reasonably defended, you can get down to business. The slimy business of lowering your own life total, that is. As I said before, it's likely that your opponent will be helping you out with this, but once you drop Near-Death Experience, your opponent will figure it out and you'll need some methods of your own.

Some cards perform generally useful functions at the cost of some life. These are usually powerful black cards such as Thoughtseize, Dark Confidant, Vampiric Tutor, and Necropotence. Dark Confidant in particular will help in a draw-hungry deck filled with high converted mana costs (Note: This is the first time that sentence made sense.)

What I find more interesting those powerful but boring cards are the lesser known cards that can get you exactly to 1 all by themselves. Many of these cards have the key phrase "Pay 1 life: [effect]," which can be repeated over and over until you're at 1. The easiest to pair with Near-Death Experience is Ethereal Champion, which itself is nearly impossible to kill (making it a perfect match for Worship as well.) Wall of Blood is a fine defender that in this deck can be free to kill even Baloth-sized creatures. Mischievous Poltergeist (yeah, really) can regenerate itself 19 times at the end of your opponent's turn, leaving you at the perfect 1. (Deepwood Ghoul was ruled out due to its lack of flying and harder-to-control life payments.)

My favorite one for some reason is Blood Celebrant. One of the most pathetic creatures in Legions now becomes a tool for victory. Take one black mana and feed it through the Celebrant to make, uh, another black mana. Repeat, losing tons of life in the process. The beauty of Blood Celebrant is that it allows me to both run lots of black-mana-producing lands and reliably cast Near-Death Experience.

Looking away from creatures, there are certainly some instants that can take you down to 1 in one shot. Hatred's a classic card and fits the description, but I actually like Plunge into Darkness here. For just two mana, you can go to 1 whenever you want, and it can find things and even gain you life if necessary in the early game. Necrologia and Ad Nauseam are similar instants. Imp's Mischief is too likable to not mention.

Rounding out the list of cards that can take you all the way down is a savvy trio of rares. Phyrexian Processor, recently spiffed up with some awesome new artwork, is the best of the lot. It's flexible enough that you only have to invest a chunk while still churning out some big Minions. Speaking of Minions, Minion of the Wastes is basically a lesser version of the Processor. Plague of Vermin, meanwhile, offers an interesting question to your opponent: Tons of Rats for tons of life? 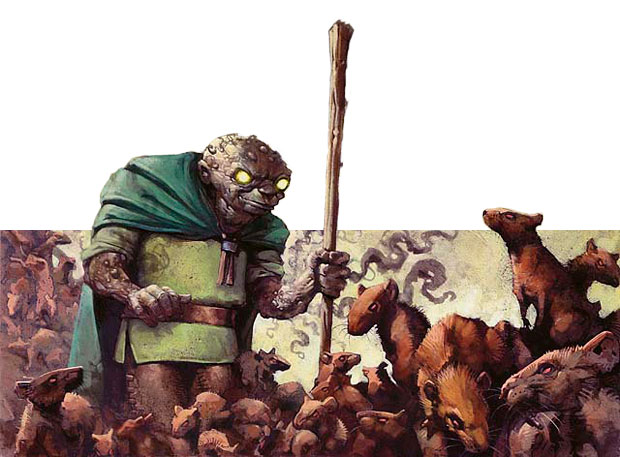 Finally, I've saved these two cards for last in this section. They're both red creatures, and they're both hilarious. Volcano Hellion can deal "an amount of damage of your choice" to yourself and a creature, so feel free to blaze away anything you want while you go to 1. The funny part is that you'll actually be able to pay its echo cost if you want to. But even funnier is ... Soulgorger Orgg. Wow. Flash either of those creatures in with Scout's Warning at the end of your opponent's turn for some massive style points. 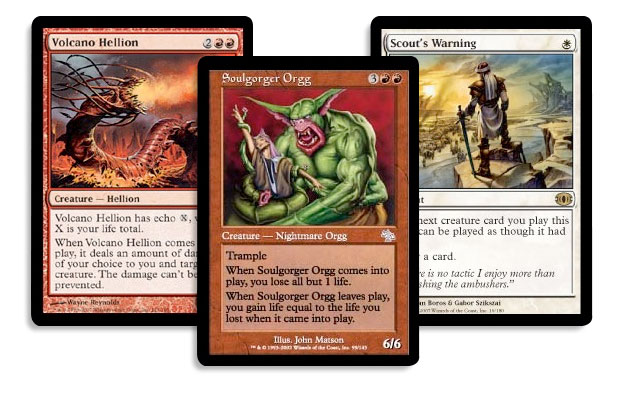 Near-Death Experience isn't the only card that likes it when your life total is relatively small. When you're close but not quite at 1 yet, feel free to surprise your opponent with these cards.

Avatar of Hope is amazing in this situation. Think about it. You're nearing 1, but are about to succumb to your opponent's creatures. Avatar of Hope to the rescue! Block 'em all and give yourself some more breathing room.

Convalescent Care is a completely forgotten rare from Onslaught that I've always wanted to use. In situations where we don't have Near-Death Experience on the board yet, using the Care sounds really fun to me.

Opal Avenger and Second Chance are both enchantments from Urza's Legacy that fit into this blueprint. Opal Avenger will definitely get animated at some point, and while Second Chance is off-color, it's worth mentioning.

Loxodon Peacekeeper is another classic reject rare that sees some love here. More often than not, you'll have the lower life total, so you get to keep the 4/4 beefcake.

Finally, Death's Shadow. In a deck that wants to lower its own life total, I can't think of a more fun and recent alternate victory condition. Plus you can consider the flavorful connotations of casting Devour in Shadow on your opponent's last blocker and watching your Death's Shadow appropriately swell. (Cool!)

And Some Potential Lists

Here's some decks based off of the strategies outlined above.


I love discovering cards that seem tailor-made for certain strategies, so imagine my delight when I rediscovered Degavolver! A combination of the above decks could easily use the white-black-red tinted creature with a "pay 3 life" ability.