ey there, folks, and welcome to Solid Gold Week, an exciting new theme week that's being offered here at magicthegathering.com. Coming up on this gold-plated visit to my laboratory is, most shockingly, a tour of my Nerd Olympic Gold Medals (I won first for numerous events, such as Apple Bobbing and Pencil Flicking). Those are stored next to my super laser and rocket missiles, which I have festively painted gold. If you were wondering about those last two items, I'd advise you to not worry about them. You see, I'm planning to completely and totally take over the world on November 7th, so really there's nothing you can do to stop me. My lead advisor in Project Who's Laughing Now is none other than Auric Golfinger, one of the most recognizable and ingenious imaginary villains around. I knew when I learned that this week would be Solid Gold Week that I had to pick an appropriate shadowy associate to be the true brains behind the operation. 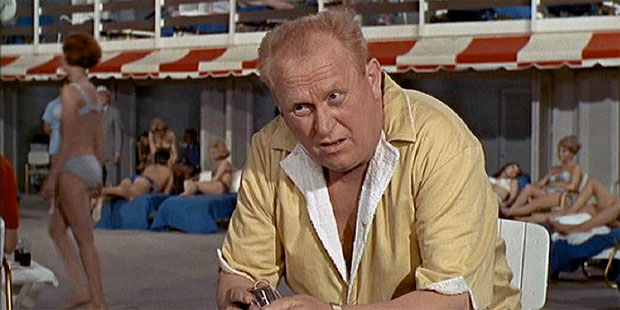 Auric really is neat, and a bit quirky, once you get to know him. Although I'm sure I'm not the first author of this column to engage in full-on villainy, he has shown me the true path. Of course, I'm really just a beginner. For instance, my gold-powered laser was, at first, aimed near the spot where a victim's neck would be. Goldfinger intervened, sagely averted the laser's course to a more painful area; his specialty, I guess. And my rocket missiles were originally designed to rain down not just golden doubloons, but highly explosive golden doubloons. My newest best friend once again stepped in and filled the chambers of the golden trinkets with a powerful bit of stun gas. I began to get a little suspicious, however, when he erased "The World" from my "Things to Take Over" board, and wrote "Fort Knox." His thinking was that of "one bank at a time." I suppose that makes sense. But he crossed the line when he covered my pet pterodactyl with gold paint, nearly killing it. And to think I almost had to fix my time machine to train a new one. 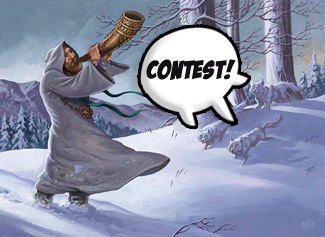 This jest has carried on too long, I reckon. Let's get down to business, preferably of the good old not-taking-over-the-world kind. But before we kick off with some solid gold decks, I have an announcement to make. In the aftermath of the highly successful April Fool's Day contest, I've been working on a towering follow-up contest. The details are not ready to be given away quite yet, but I'd be on the lookout for them in the next couple of weeks. And, unlike the previous challenge, where all you had to do was read my article, this one will have you building decks. Yep, this one's an actual Magic-related challenge.

What I'm saying is that this article will only contain two decks. If I can swing it, we'll head back into normal three-deck waters next Thursday, but the week after that I'll officially kick off this contest. Since this is sort of a transitional period, I figured I'd load up these two decks with enough Johnny gusto to carry you through the week. Here goes!

You've Got Some Glory on Your Scales 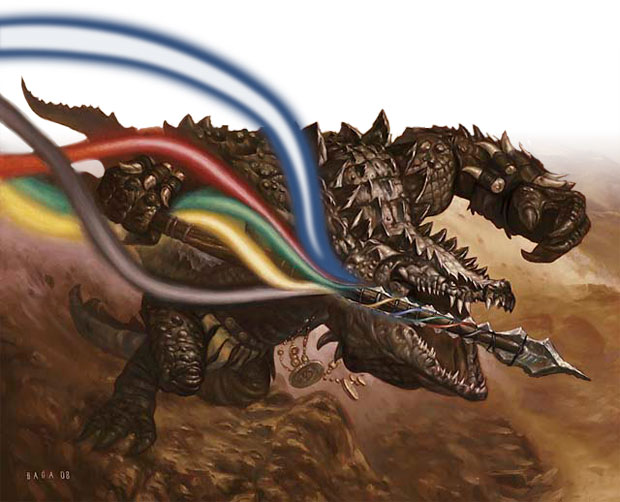 This gold-restricted Regrowth seems the perfect card to pair with Gloryscale Viashino, since it brings back your multicolored instants and sorceries. And if you manage to have one in the graveyard and one in hand, you can flip-flop them for as much

as you have and watch Gloryscale Viashino grow. A similar card that does this, for the Extended crowd, is Glittering Wish. Now Cunning Wish isn't the only member of its offset cycle that can recycle copies of itself for a gain of some sort. Take that, cephalids!

What else from Alara Reborn excites me with regards to Gloryscale Viashino? Colossal Might, because it grants a +7/+5 boost for two mana. Oh, and it gives trample as well. Natch.

I became paranoid early about protecting my Viashino from removal, so the rarely used Reknit made the cut. That was when I remembered hybrid and all its good stuff, so Double Cleave got the call as well.

Tattermunge Witches are in there to give your boosted Viashino trample no matter what blockers your opponent musters. Behemoth Sledge also helps in that regard, when it's not being completely unfair.

Boggart Ram-Gang can soften your opponent's blockers up while being a threat in its own right. Naya Charm can pull off jumping tricks similar to Reborn hope, but mostly you can use it to tap down your opponent's creature forces.

I figured I should at least mention Captain Sisay during Solid Gold Week. The famous commander of the good ship Weatherlight can tutor up any legendary card in your deck, at a time when legendary creatures were most often gold. Many years later, we've got another green and white Captain in the mix, also with a capitalized S in its name. Unlike Captain Sisay, Sigil Captain is a Rhino Soldier, which as I've said before, is way cool. Also unlike Captain Sisay, as far as I know, Sigil Captain is an essential piece of an infinite-damage combo using gold cards in Standard. Intrigued? I was as well. 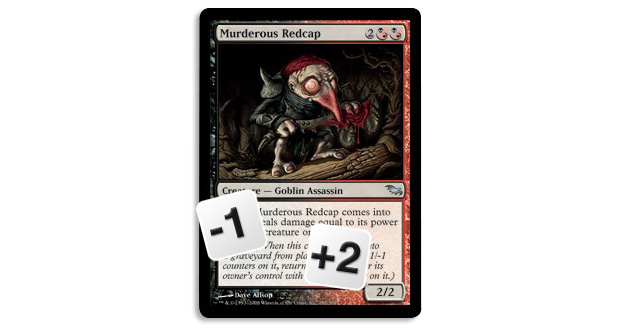 How to take advantage? Rockslide Elemental is Plan A. One thing I've noticed about this mini-cycle (with cohorts Scavenger Drake and Algae Gharial) is that (excepting the shroud-y crocodile) these guys tend to die before that can get huge. Since Sigil Captain will give Rockslide Elemental two +1/+1 counters to begin with, it should survive longer. Hissing Iguanar isn't a 1/1, but it'll ping your opponent to death all the same. And hey, even if you can't go infinite yet, Sigil Captain essentially plays the Heartmender role in making Murderous Redcap unstoppable.

Sigil Captain seems amazing alongside cards that produce multiple 1/1 tokens, such as the Saproling makers of the past (Scatter the Seeds and Thelonite Hermit come to mind.) Since I'm working with Standard here, I had to focus my lens a bit. Rise of the Hobgoblins is great in the first place, but making multiple first striking 3/3 tokens at once is just great. Spectral Procession is running haywire over the Standard tournament scene, but it can stop by to make three flying 3/3s for three mana. Martial Coup, even as a miniature token maker, is amped by the Sigil Captain, and of course it doubles as a Wrath of God (and even if it kills your Sigil Captain, your Soldiers will still wind up as 3/3s). Cenn's Enlistment threatens a nigh-infinite stream of 3/3 tokens. My favorite method, though, is Mercy Killing. Imagine offing one of your own Belligerent Hatchlings to make four 3/3 tokens at instant speed. Mercy Killing is also great removal in a pinch.

Figure of Destiny had to make an appearance, as well as Stun Sniper, which I've been meaning to use since it came out. Fire at Will is decent removal that's gold, and Wanderer's Twig is a cheap colorless way to fix your mana. Whether through beatdown by Giant tokens (no, Pact of the Titan—not giant tokens) or going infinite somehow, this red-green-white deck should be a blast to play.

4 Fire at Will 3 Mercy Killing

1 Rise of the Hobgoblins 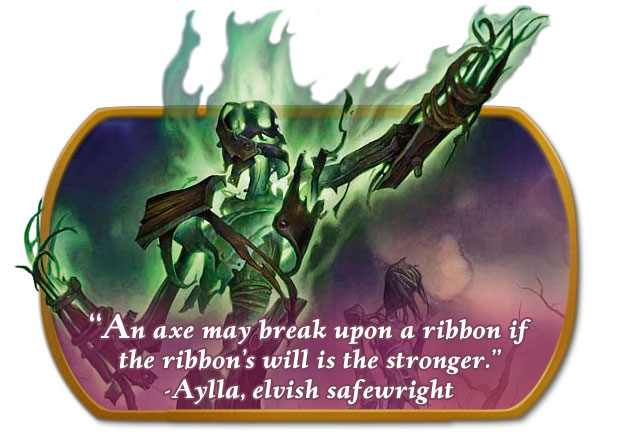