A few weeks ago, I presented you all with a challenge: Create an Orzhov deck worthy of being shown off here at the Lab. I received dozens of submissions, most of which were quite good, but in the end I had to narrow it down to just a few decks. Although many great decks fell along the way, only the best of the best made it here, the ones that most piqued my interest or tickled my fancy. And now the time has come to tear off the big white sheet and see our winners. 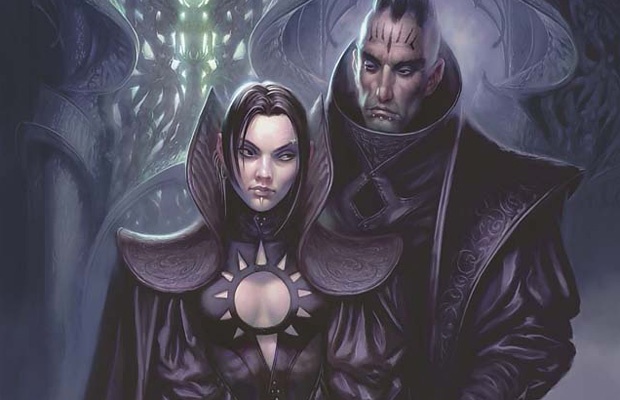 The most popular combo by far among the decks I received was Teysa, Orzhov Scion combined with cards like Painter’s Servant and Darkest Hour. Here are a few of the submissions I received using this combo.

The idea focuses on getting Teysa out with (1) Painter’s Servant set to black or Darkest Hour, (2) Altar of Dementia or Blasting Station (or Carrion Feeder if need be), and (3) any creature. The creature, which is always black thanks to the Servant or Hour, is sacrificed to one of the sac outlets, triggering Teysa’s ability and netting you a (now black) Spirit. Since every time a creature is sacrificed a Spirit is created, this gives you an infinite number of creatures to sacrifice to either mill out your opponent with the Altar or ping to death with the Station. Sign in Blood, Enlightened Tutor, and Plunge Into Darkness all help find whatever combo piece may be missing. These, as well as the redundancy of so many pieces, make it quite easy to assemble the combo.

3 Captain of the Watch
37 Cards

If we make everything black with the Painter’s Servant, the tokens made by Teysa will be both black and white, so whenever one of them dies, we will get another one: that means that with three tokens we can exile every creature the opponent has over and over again, setting up for a lethal attack with a huge Bloodthrone Vampire.

Viscera Seer can leave the missing finisher on the top of our library once we assemble the combo, and Diabolic Intent (with all the token producers) can help us assemble it in the first place.

Here is our desk list submission for the Orzhov deck-building contest. The Johnny-rific fun is all about infinite number of tokens via Teysa, Orzhov Scion and Darkest Hour with any sacrifice outlet and/or Blood Artist. We tried to keep the deck as Orzhovian as possible so we have lots of WB goodies and avoided certain cards, but if you’re looking to make the deck more competitive also consider Blasting Station and/or Altar of Dementia.”

Another Laboratorian went in a slightly different direction, using Heartless Summoning instead of a sacrifice outlet. This creates an unstoppable infinite loop of dying Spirit tokens that causes the game to end in a draw. Well, unless your opponent dies somewhere in there. Moonlit Wake allows you to gain 1 life on each iteration of the cycle, and when combined with Sanguine Bond or Vizkopa Guildmage, your opponent will lose 1 life as well. Repeat this process an infinite number of times and your opponent will undoubtedly die somewhere in there.

I also received a few decks that used Immortal Servitude in various ways to win the game. Here are my favorites. 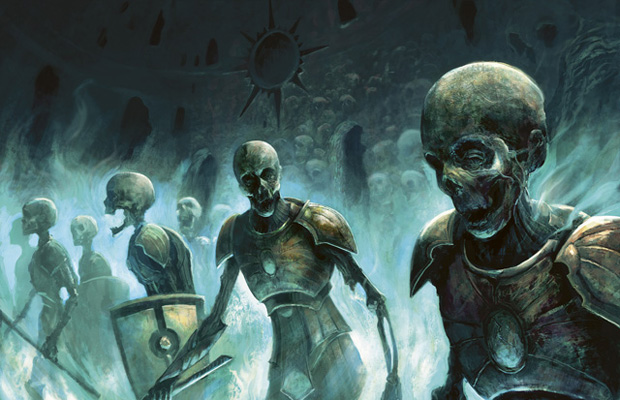 Okay, so the main combo with this deck is to dump a lot of one-mana creatures into your graveyard. Then you use Vizkopa Guildmage’s second ability and Immortal Servitude to net a ton of life and kill your opponent, thanks to Soul Warden. Tainted Sigil can make it an even bigger swing, and the Sands simply provide an alternative win condition.

Another creative deck builder decided to get his immortal servants from the Simic, enslaving their precious Biovisionary to do his will.

Presenting, the one and only: Orzhov Biovisionary Human Reanimator Combo Engine!

Entomb, Buried Alive, and Corpse Connoisseur are here to put four Biovisionarys in your graveyard as quickly as possible. Then, either cast a six-mana Immortal Servitude, hard-cast an Angel of Glory’s Rise, or—better yet—reanimate it with Unburial Rites and you win!

The Old and the New

Our next deck is a classic combo engine that takes advantage of a new toy from Gatecrash.

Here’s the combo. Nether Traitor is on the battlefield with a Phyrexian Altar along with Requiem Angel, Pawn of Ulamog, or Ogre Slumlord. Sacrifice the Traitor to get a mana; the Angel, Pawn, or Slumlord will trigger, giving you a token. Sac that one for a black mana to bring back the Nether Traitor. Rinse and repeat for infinite deaths, enters-the-battlefield triggers, and mana! For the win condition you can use Blood Artist or Orzhov Guildmage.

My favorite part of this deck is the clever use of Parallax Wave to enable even more crazy shenanigans. I’ll let Ross give you the rundown.

If you do get stuck in a long game, you also have a coup de grâce.

If you have certain extra creatures during this combo, you can draw any number of cards (Wall of Omens), exile all of your opponent’s hand (Mesmeric Fiend/Tidehollow Sculler), return all of your enchantments and/or creatures from your graveyard to your hand (Auramancer/Cadaver Imp), or return anything with 2 or less power from your graveyard to the battlefield (Reveillark). If you have Reveillark and Carrion Feeder as you go off with Parallax Wave, you can give your Carrion Feeder thousands of power by repeatedly sacrificing whatever Reveillark returns. 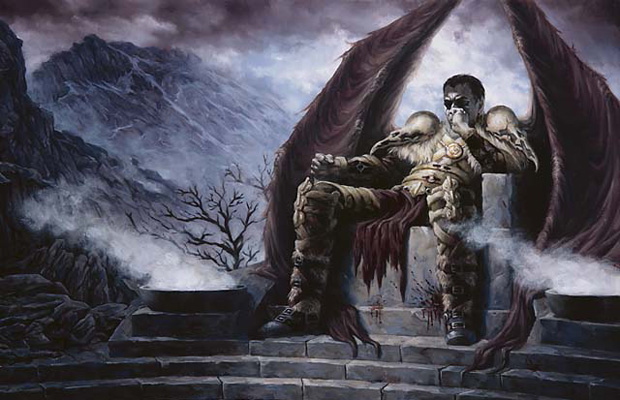 Callum Logan started off with the staple Commander combo of Vish Kal, Blood Arbiter and Mikaeus, the Unhallowed. Then he decided that wasn’t cool enough, and added a few more things to make it even more absurd. That’s exactly the kind of thinking I like to see here at the Lab.

2 Carnival of Souls 3 Field of Souls

Mikaeus and Vish Kal on the field together lets you sacrifice Vish Kal to himself, remove the counter gained from undying to weaken something (even Vish Kal, if your opponent doesn’t have any creatures), then rinse and repeat. That alone is pretty boring, and hardly new. One-sided board wipes are cool, but with a Field of Souls or Teysa you can gain infinite 1/1 white Spirit tokens. Certainly an improvement, but it can be stopped and it’s still not entirely Orzhov. Soul Warden! That lets us gain life every time Vish Kal or a 1/1 token comes into play. Still, it won’t win the game until your Spirit tokens or Vish Kal (pumped by sacrificing said tokens) can attack. Carnival of Souls, though... that will negate the lifegain to instead give us infinite mana for an arbitrarily large Drain Life!

Max Miller chose to abuse the relationship between persist and Cathars’ Crusade, which allows you to sacrifice the same creature an unlimited number of times. I particularly like the use of Cartel Aristocrat to make an arbitrarily large creature with protection from every color.

Approximately a jillion combos open up once you have Cathars’ Crusade and one of the persist creatures out. Blasting Station is an obvious but effective way to deal infinite damage to your opponent on the spot. Cartel Aristocrat is a cheap, efficient sac engine and it’ll get itself to infinite P/T as well as granting itself protection from every color, letting you swing for lethal—and unblockable!

In our final deck for the day, Benjamin decided to get up close and personal with death—not through his creatures, but by dropping to just 1 life. On purpose.

Cards that allow you to choose any number are often ripe for abuse, and although Vizkopa Confessor may not seem all that powerful at first glance, it does allow you to put yourself at whatever life total you choose. Here’s Ben’s description of the deck.

It involves using Near-Death Experience as an alternative win, and then using spells that allow me to pay life until I only have 1 life left. I then have cards like Safe Passage and Batwing Brume to protect myself from my opponent trying to knock off that last 1 life. I especially liked this combo specifically because I thought it had a very Orzhov feel to it. It will let you win... for a price.

Not All Black and White

That’s it for today, folks! I had a lot of fun reading through all of your submissions, and I hope you had fun building these awesome Orzhov decks, even if yours didn’t quite make the final cut. Make sure to come back next week, when... well, you’ll see. Bye!