ello and welcome back to the Lab! As always, I'm here to provide the latest crazy, wacky, insane, or just plain ridiculous Magic related combos, straight from my mind. Contrary to popular belief, I'm not really in control. This stuff just pops in my head and demands to be written about, and I willingly oblige. It's sorta like a flashing pop-up that I actually want to click on.

As you all know (or at least you should by now), Mirrodin Besieged is being meticulously unveiled, one card at a time. Or something. I guess technically there's a steady flow of five to six cards being added to the Visual Spoiler each day. And boy, are they exciting! I was a definite fan of Scars of Mirrodin, and its first expansion seems to be living up to the hype. Living weapon! Battle cry! Belligerently stupid cards like Blightsteel Colossus, the mere sight of which will cause an approximately 117-second coma! And what seems to be a cycle of Zeniths, which is a cool cycle concept, if I've ever seen one. 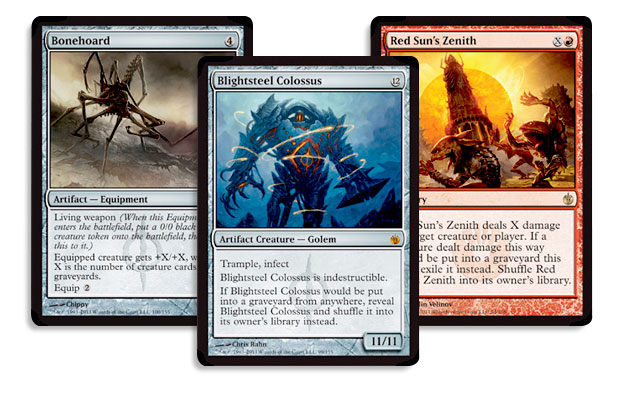 I love this time of the Magical year. Reading previews is fun for everyone, because they inject your mind with a small, concentrated dose of knowledge. So a full Visual Spoiler of a set (bound to be released in a couple of weeks, in Mirrodin Besieged's case) is an effective knowledge pool to mentally dive into.

The reason I'm especially going off about knowledge during this introduction is to set up a preview card of my own. I believe last week I referred to it as "actually the craziest thing I've ever seen" and (slightly paraphrased here) "if Mirrodin Besieged is Bonkersville, my card's the mayor." Now, I've previewed some pretty broken stuff in this column over the years (Hive Mind, Master Transmuter, Time Sieve, etc.)

Describing Knowledge Pool any longer without revealing it is probably pointless. 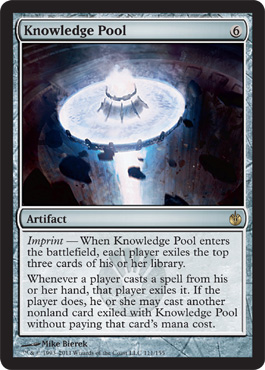 And in keeping with the spirit of my preview cards, here's the novel-length FAQ entry for this beast: 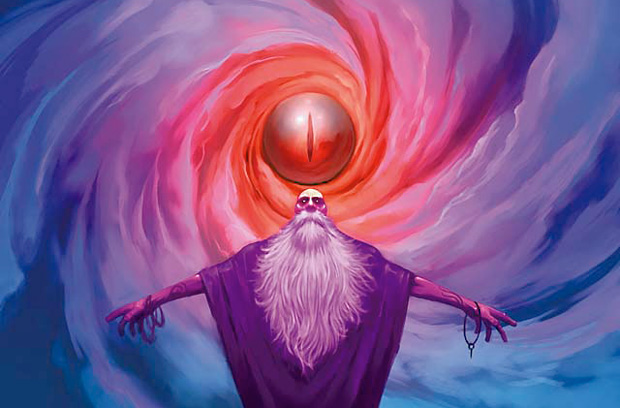 Then, about a year and a half ago, I was assigned to preview Hive Mind for Magic 2010. Again my mind furiously boggled. Here was another card that, all by itself, created a window for weird situations to occur. Just add an instant or sorcery, and poof: Craziness.

I can't believe I'm saying this, but Knowledge Pool is basically the closest thing to the offspring of Eye of the Storm and Hive Mind I can imagine. Forget its slightly high cost and unpredictability for a second: This card will do things potentially never done before.

Let's just walk through this card, nice and slow. Wading through the shallow end of the Pool, for now.

First of all, Knowledge Pool costs

. Not exactly cheap, but plausible. With a single Palladium Myr on turn three, you could potentially plop the Pool down on turn four.

Now, these cards, while exiled, are bound to be played at some point, due to the very next ability ...

So to clarify, Knowledge Pool doesn't work solely for you. Whenever any player casts a spell, he or she gets to pick the juiciest card from the Pool and cast that instead. Meanwhile, the originally cast spell gets thrown into the Pool for potential future use.

In a two-player game, a Knowledge Pool will yield six total cards to be selected from. Diverse, no? Now imagine a five-player game. Holy smokes. Fifteen!

A hidden aspect of Knowledge Pool, looking beyond its most prominent use (casting exotic stuff for free) is that it totally takes over the game. Normally, players build decks and want to cast their spells unimpeded, right? Just ignore the second sentence of the second ability for a second.

That alone is jaw-dropping. Every spell cast from a hand for the rest of the game is null and void ... at first. You'll have to wait to cast another spell to pick it from the Pool.

Once the dust is settled, Knowledge Pool basically morphs any spell you cast into one of the exiled cards. If anyone's still perplexed (it's a complicated card!) I'd suggest reading the FAQ. Really.

How in Karn's name does one build around Knowledge Pool? Half of me wants to give the same advice I gave for Hive Mind: Slap it in a deck and watch all hell break loose. If you judge your Magic victories not by life total but by sanity total, you should win pretty handily. 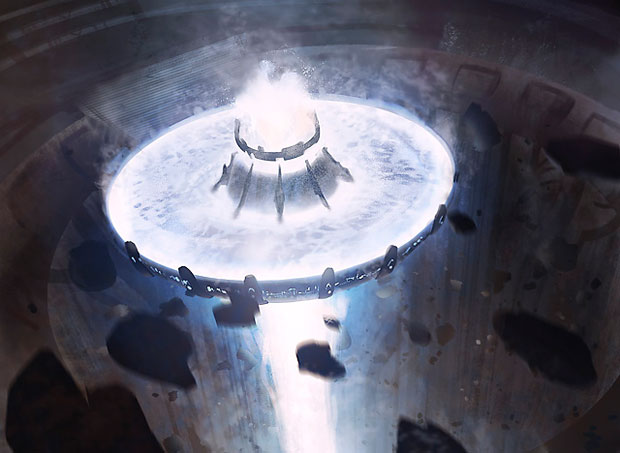 Here are some blind probings on unlocking the mysteries of this card.

Any type of top of the library manipulation. Insidious Dreams can stack your deck quite efficiently. Dimir Machinations can do the opposite, stacking the immediate top of your opponent's library. If you wanted to be really sneaky, go with Scouting Trek. Since Knowledge Pool specifies "nonland," you'll get all the bonus of your opponent's Pooled cards without the other way around. In fact, you could make a nifty deck in the style of the classic Shared Fate deck. Fill it with four Pools and a ton of random library stackers. Another trick would be to Excommunicate a threat pre-Pool. Since it's on top, you could wind up with it later on.

Other variations on this include creature-based versions like Congregation at Dawn, or Goblin Recruiter (or Dwarven Recruiter). I'd search up some creatures that you'd love to have, but your opponent would hate to. For example, in the case of Goblin Recruiter, I'd go with Reckless One. In fact, tribal strategies in general are nice here, as letting your opponent have a lone Captivating Vampire is harmless, whereas having a mass of Vampires on your side lets you gain control of anything crazy the Pool might give them.

Speaking of Captivating Vampire, anything that lets you gain control of something is pretty nice, since there's a risk that your opponent will wind up with something crazy. I like the little-known Callous Oppressor here.

Here's a Goblin Pool deck. It wants to get the Pool out as fast as possible, and then just cast cheap Goblins over and over until something explodes.

Now, that was just an attempt at exploring deck-building possibilities with Knowledge Pool, and frankly, it might not have been worth it. I'm more and more convinced that Knowledge Pool is an ultimate "mess with the whole world" card, and that's what this next deck wants to do.

When I initially read this card's FAQ in a haze of delirium, barely picking up words, I vaguely noticed that the last item on it had a whopping three sub-items. I scanned it and promptly fainted, as I only picked up the following words: "multiple Knowledge Pools."

THREE SUB-ITEMS! Clearly, I MUST build a deck that makes as many Knowledge Pools as possible! How do I win? NO IDEA!


I'd suggest searching up all four Knowledge Pools with Insidious Dreams. And then copy them with Sculpting Steel. And then watch what happens. I shoehorned both the old and new Tezzerets as win conditions slash fancy things. 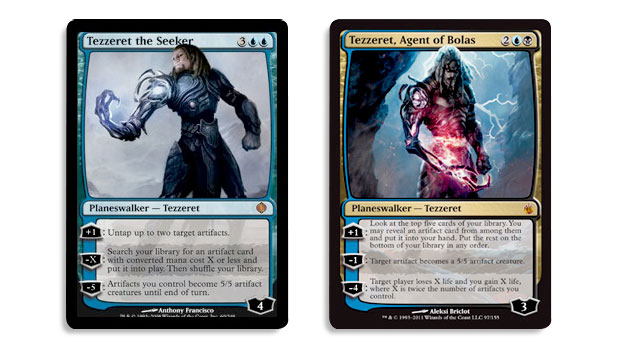 Either way, I officially sound the Johnny conch shell: Email me any possible Knowledge Pool combos! The card is so unhinged and open-ended, it'll make my brains leak out my ears by Sunday. Until next week!