The Underlying Theme, Part One

ello and welcome back to the Lab. Although my attention has recently been devoured by Dark Ascension and all of its goodness, I have some thematic matters to attend to for this week and next. Before last year ran out, I announced another of my silly but endearing contests.

This contest was all about building a deck around an external theme of the submitter's choice, be it a film, game, character, or something like that. I was particularly looking for decks that somehow conveyed the elements of what they were based on through their gameplay or card choices. Many decks were really fun to read and analyze. I felt pained nearly each time I eliminated a deck, but I had to whittle the field down to a smallish number. I went with ten submissions in the end, sorted by media type and split up for this week and next. 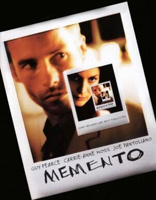 Many submissions were based on films. Nick Sorensen sent in a great deck based around the film Memento.

"If you have not seen Memento, I suggest you do, because it is a very good but bizarre movie. You are the amnesiac Leonard Shelby, and you must set up a sequence of events that leads to the end. Jace's Archivist is your means of giving yourself and your opponent anterograde amnesia while Ponder, Brainstorm, Whispers of the Muse, and Halimar Depths let you set up the next sequence of events that leads to your opponent's demise. Arcane Denial, Defense Grid, and Disrupt set you up to continue following your path."

I won't spoil the film for anyone, but this looks like an accurate reflection to me. Jace's Archivist essentially wipes your short term memories away, replacing them with a new set. And just like Leonard, you can Ponder and Brainstorm to keep yourself on track.

The victory condition? "The lone Megrim is what ties this deck together. As Leonard, you have to hunt down your foe by using your cunningness." Having only one Megrim also reflects one of the deeper secrets in the film, as you could draw into it too late and lose your grasp on what actually happened and what your memories really reveal.

In game, Megrim obviously should be the death knell when you have a couple of Archivists working away. 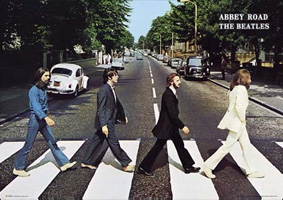 I was delighted to receive a couple music-themed submissions. My radar for quirkiness twisted happily after reading Paul Bileci's deck based entirely around the song "Octopus's Garden" by the Beatles. If you haven't heard it, it's a joyful tune off of Abbey Road, a fine record that somehow, though, is only my third-favorite Beatles album.

Paul says, "It's a mana-ramp deck that builds up to casting Lorthos, the Tidemaker so that you also have enough mana to activate his triggered ability. Alternatively, you can use Avenger of Zendikar to pump out plants and pump them. Wall of Kelp provides more plants you can use to block with while you ramp up. Most of the lands in the deck are Islands, so you can maximize High Tide.

How it's relevant to the song: 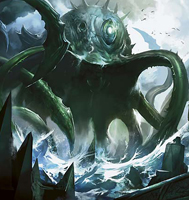 Well, one D.C. Morgan decided to build a deck around Sherlock Holmes, the fictional detective.

D.C. says, "Sherlock was a clever fellow. He collected oodles of data about a crime scene (Peek, Spy Network) and combined this with his uncanny knowledge of the human mind (Crystal Ball, Architects of Will). This one-of-a-kind Riddlesmith (both flavorful and productive) uses his trusty magnifying glass (played by Glasses of Urza) to gain as much information as possible on the criminal. He might thwart the villain's next few moves (Cabal Therapy, Addle, Duress) before the police (Abyssal Persecutor) can come take the bad guy to the chokey. Or he might just lay a Booby Trap for his nemesis. He's a Compulsive Research-er, and has gained tons of useful knowledge (Brainstorm, Ponder). Though he can be a bit Stoic, he's one of the greatest detectives of all times!

"In play, you have your opponents discard cards as you draw more and more. Throw down Booby Trap armed with your knowledge of the opponents' decks to swipe half their life, or swing with Abyssal Persecutor before Unsummoning it or flashing back Cabal Therapy. I only put one Riddlesmith in the deck to show how one-of-a-kind Holmes is in his detective work (notice: no other looters). The mana-base pretty much works mechanically; the names themselves have no significance, but they help the deck feel more Sherlock-ish. Sign in Blood because of Watson's first encounter with Sherlock in 'A Study In Scarlet,' where Sherlock pricks his finger to demonstrate his new test for hemoglobin."

I like it! A Booby Trap deck seems really fitting for Sherlock. Abyssal Persecutor could also be the manifestation of Holmes's internal demons, sometime barring his way to uncovering something—perhaps the key to the whole case.

A Game of Shadows

1 Abyssal Persecutor 1 Architects of Will 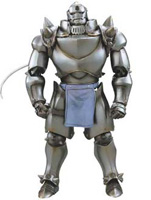 Hold your horses. Only one deck came in under this category. Don't freak out. I don't possess an expert knowledge of anime or manga stories, but one I am familiar with is the saga of Fullmetal Alchemist. Robert Richey submitted this one.

He says, "My submission for the theme deck contest is a tribute to Fullmetal Alchemist. The general theme of this deck reflects the themes from Fullmetal Alchemist by utilizing cards that refer to alchemy specifically, convert resources via the law of 'equivalent exchange,' and use the transmute or transfigure mechanics to tutor out the appropriate card or combo for a win. Some darker flavor, especially via life payment and exchanges made with the graveyard, is meant to convey the ultimate taboo of 'Human Transmutation'—the attempt to use alchemy to create life or bring back the dead. The most coveted object in the world of alchemy is the Philosopher's Stone, and if Magic has ever printed such a card, I would like to point out that the card is Umezawa's Jitte. I stray away from the concept of mana as the means by which the deck casts spells, because alchemy is about exchange, not about magic. For this reason, you might have to look a little deeper to understand the way that converting life into mana, counters into creatures, life into creatures, and damage into power reflect the theme."

Robert didn't have an extensive list of similarities, but that's okay; some are easy enough to ascribe. Demonmail Hauberk or Ritual of the Machine could be Alphonse. The transmute and transfigure synergies accurately echo the series in its versatility.

1 Forbidden Alchemy 2 Clutch of the Undercity

A couple ambitious readers built two thematic decks pitted against each other in the vein of the Duel Decks series. This week it's Nafiz Erman with his Jedi vs. Sith decks!

Here are explanations for the Jedi deck: 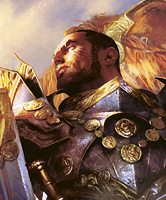 Knights of the Order

The Path to the Dark Side

Well then. Hope you all enjoyed these decks! Come back next week for more reader submitted decks! Until next time.