ello and welcome back to the Lab. This week is once again dedicated to revealing the results of a contest I announced last year. Lots of details are available in these handy links to related articles, like last week.

Ready for more interesting theme decks? Then let's dive in. 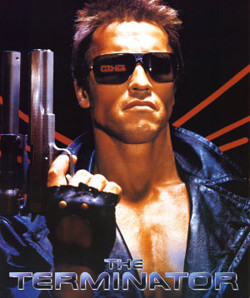 Alexandria Klutzke sent in a humming deck based around the Terminator franchise, focusing specifically on Skynet, the computer security system that goes rogue and attacks humanity. Alex's deck is fun because it actually assembles Terminators!

A "Terminator" is created by using Liquimetal Coating or Argent Mutation on a planeswalker, then using Tezzeret's second ability to convert it permanently into an artifact creature. The loyalty clause on these artifact creature-Tezzerets make them painfully easy to kill (I'm pretty sure this rule still exists), but we're expecting that the Resistance will be able to dismantle our Terminators. That's why we mass-produce them. If you attach a Followed Footsteps to a Terminator, then the "Legend Rule" and the "Planeswalker Rule" don't apply, because a Terminator is neither. Phyrexian Metamorph is the faster route to duplicating the Terminators.

An alternative to the creation of terminators is the "Liquid Metal" Terminator (as seen in the second film), which the deck achieves through Quicksilver Elemental by stealing the abilities of a Terminator. (It's particularly fun to take advantage of Karn's super-quick loyalty boosting for some quick and repeatable activations of Tezzeret's ultimate ability.)

Synod Sanctum is the "Time Machine" through which we send the Terminators. I often find that although it strips a Terminator back down to planeswalker status, it's pretty fantastic about recovering your permanent later on with full loyalty counters (not to mention saving it from certain death). And speaking of time travel, Karn is in here to elaborate on the flavor that his abilities, in order, terminate (prematurely), terminate, and then go back in time to help me win the war.

Obsessive Search and Careful Study are appropriate because they characterize the actions a Terminator takes before it locks on its target. Not to mention that they combo fantastically with each other for an ounce of card advantage.

Although the theme of the deck is Skynet, the deck's early game actually precedes the coming of the Terminators with a wave of mechanical monstrosities that go by the name of Clockwork Beetle. I actually broke this card a little harder than I thought I would. Not only can it swarm for massive damage early game and then recharge last-minute thanks to a Synod Sanctum, but thanks to Tezzeret, the 2/2 for one that's supposed to get SMALLER every turn often becomes a 6/6 or a 5/5 permanently by turn three.

Day of Judgment is supposed to be Judgment Day, a reference to the story, but I topped it off with a Soulscour to protect my Terminators as well. And I splashed red for Terminate, which should be pretty self-explanatory." 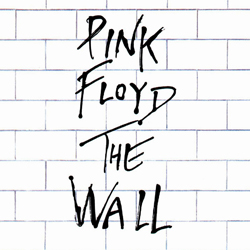 I was hoping I'd see a submission themed entirely around an album, and Zayed Curumtally, um, is apparently a person's name. I mean... he brewed up a list based around one of Pink Floyd's The Wall.

This deck is inspired by the Pink Floyd album, The Wall, and the film that came out of it. The plot centers on Pink, a tortured soul who lost his father in the war, was made neurotic by his mother, and was persecuted by his teachers. His growing isolation and detachment from reality are represented by a metaphorical wall, each incident that formed his character "just another brick in the wall." He becomes a rock star but loses his mind when his marriage breaks down. He fantasizes that he is a fascist dictator, but then, consumed by guilt, stands trial and is sentenced. The wall comes down...

So, this is clearly a wall deck! Stall out with walls and wait for the worms (or go with a Rolling Stones plan). Esper colors seem to capture the feel the best. I always think of fascism as white-black and blue has so much craziness and blurring reality in it. To compliment the walls, all the other cards are inspired by song titles, lyrics, and visuals from the film.

Track 6—"Mother"
1 Mother of Runes (or Mother of Goons, if you prefer)

Track 9—"Young Lust"
"Rock'n'roll refugee:" 1 Rolling Stones (I couldn't find any other cards that fit the song, or a better precedent in the album for this card, which seems fun in a wall deck.)

Track 10—"One of My Turns"
1 Time Walk (Violent Outburst would be appropriate, but off color and, frankly, having another one of my turns is just better!)

Track 12—"Another Brick in the Wall (part 3)"
"I've seen the writing on the wall:" 2 Glyph of Doom (live the dream and combo with Wall of Glare)

Track 19—"Comfortably Numb"
1 Numbing Dose
"When I was a child I had a fever:" 1 Fevered Convulsions

Track 22—"Run Like Hell"
"And the hammers batter down your door:" 2 Loxodon Warhammer (The symbol of Pink's fascist empire is a pair of crossed hammers.)

Track 23—"Waiting for the Worms"
1 Massacre Wurm, 1 Wurmcoil Engine (The main win conditions.)
"In perfect isolation here behind my wall:" 1 Isolation Cell (I thought about making this a Solitary Confinement deck, but enabling that would have required extra cards and lost a lot of the flavor of the piece) 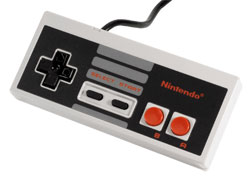 To cap off these contest results, how about some decks themed around video games? Stijn Lamers warmed my heart with a deck based around the BioShock series of games. To paraphrase Stijn on his main themes, he used a smattering of Splicers and graft creatures to represent the strung-out denizens of Rapture and the concept of plasmids. Sundering Titan steps into the Big Daddy role and Akroma, Angel of Wrath likewise is the Big Sister.

For example, Memnarch does a very passable impression of the dictatorial overseer who rules all. He steels artifacts forever, and with Xenograft they will fit in with your army of Golems.

Another key point of BioShock is that you customize your character the way you want to. In a way, you're a Shapeshifter. Phyrexian Metamorph fits like a glove, since he has the same needle the Little Sisters are equipped with. Other options for creatures that change themselves based on what you need are Cryptoplasm and Primal Plasma, both sought out because their name contains "plasm."

The idea of living weapon can be stretched so that it fits here, too. A Little Sister (Drowned Rusalka) gathers ADAM off of dead bodies. In other words, once you die, you are reused. Sounds like living weapon to me! While I'm doing equipment, I want to make sure to include Argentum Armor, the cardboard form of the Big Daddy suit.

The last thing I want to touch upon here is the Vita Chamber. While I found it hard to find a perfect match, I was content to stick with Simic Growth Chamber and Rejuvenation Chamber.

Love it. Finally, to mirror last week's ending, Nathaniel M. sent in two decks, in the vein of the Duel Decks releases. It's COGs versus the Horde! 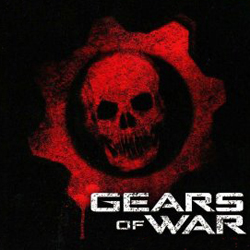 Let's start with the COG deck. First off, you have Marcus and Dom as played by Agrus Kos and Jor Kadeen. Both of these men can inspire their allies to great heights with their legendary combat prowess. Boros Swiftblade is the Cole Train, able to hit hard and fast while taking more punishment than your average Carmine. The four Doomed Travelers are the Carmine brothers in question, with their penchant for premature death. They are also the only four-of creatures in the deck since there actually are four of them. Elder Cathar is Adam Phoenix, Marcus's father, able to fight well but also providing wisdom to his allies. Stun Sniper and Boros Guildmage are the female characters who make their combat appearance in Gears 3, Sam Byrne and Anya Stroud. Anya also has echoes of her previous position as a provider of intel (in the card's extra abilities). Brass Squire is the ubiquitous helper robot who breaks open doors and aids in communication, often in obtaining extra weapons.

So these characters come flying out of the gate with their standard-issue chainsaw-bayoneted weapons (Bone Sword), searching for better weaponry as they go (Steelshaper's Gift), whether it is old COG gear (Veteran's Armaments) or weapons salvaged from the enemy (Mortarpod and Viridian Longbow). They might get a hand from Dizzy in his big transport (Batterskull), and if they're lucky they might pick up a Hammer of Dawn (Sunforger) to launch a decisive strike against the enemy (Master Warcraft). They search the Scablands for Locust and fix their weapons in the Battlefield Forge and hope to defeat their foe.

Now for Deck 2. Phyrexian Denouncers are the generic Drones, easy to defeat but not so much as to overlook them. Dauthi Slayers are Grenadiers, still easy to kill off, but much more liable to give you a scratch or two with those grenades. Skulking Fugitive and Skulking Knight are Snipers and Bloodmount Riders—highly dangerous in the right situation, but fragile. Undying Beast is the Bloodmount, always playing dead. Entomber Exarchs are the Kantus, capable of reviving dead allies and ravaging the minds of their enemies. Primeval Shamblers are the lumbering Boomers; Heavy Arbalest, their terrifying Boomshots. Mortarpods are the scuttling Tickers, crawling around obstacles to self-destruct in the foe's face. Phyrexian Crusader is the Theron Guard, the elite of the Locust, capable of taking pretty much anything the COG can dish out. Phyrexian Bloodstocks are the terrifying Corpsers, very difficult to kill (and often, defeat) on their own. Lastly is the rare but monstrous Brumak, played by Phyrexian Gargantua. The Locust gear up in Barbed Battlegear and wield Hammer of Ruin to destroy the enemy's precious weaponry. Occasionally, you'll find a rogue Lambent, full of noxious gas and ready to explode (Grafted Exoskeleton). But for now, they lie in the underground cities (Cabal Coffers and Crypt of Agadeem) and wait.

I have actually played several games of these two decks against each other, and they are impressively well matched. The COG deck is fast but smaller, while the Locust deck is slower but larger. Most of the time, games either get stolen early by the COGs or ground out late by the Horde, but both have some tricks up their sleeve. Master Warcraft allows the COG deck to break stalls, while Phyrexian Crusader and Phyrexian Bloodstock do so for the Horde (and putting a Grafted Exoskeleton on the Bloodstock isn't bad either).

Whew! Another contest is over. Next week, I finally get to dive into Dark Ascension! Until then.