ello, and welcome back to the Lab! It's the same lab as last week, of course, as it always is. However, due to a recent mindflub on my part, this week unusually shares a lack of theme with last week. See, I confused myself on the first theme weeks of the spring, and thus wrote my Eldrazi Week column prematurely (two weeks ago). Some readers emailed me to question why I was writing about random green rares last week, during the actual Eldrazi Week. Oops! I guess I'm torturing myself the most here: I happen to love theme weeks, and two weeks without them isn't exactly a predicament I look forward to. 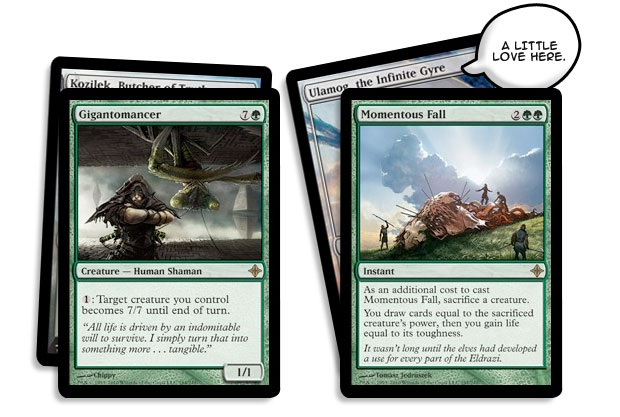 Nevertheless, I shall continue. First, I'd like to thank the many, many responses to my quandary on two of the more puzzling rares from Rise of the Eldrazi: Renegade Doppelganger and Thought Gorger. I honestly didn't expect as many responses as I ultimately received, which bolstered my confidence in these reader participation activities. Expect to see the best decks featuring these lovable and hopefully breakable creatures within the next couple of weeks at some point.

Today though, let's explore some more interesting rares from Rise of the Eldrazi. You're probably wondering what today's title could mean, and I'll answer that with an appropriate subtitle for today: Two 'Walkers and a Weapon. As astute readers can infer, today's column is all about the newest planeswalkers in the Multiverse, and a devastating new piece of Equipment. Each card gets a section as usual, though I suppose it would be neat to see what sort of deck would accommodate Sarkhan the Mad, Gideon Jura, and Hedron Matrix together. Hmmm ... Yep, that's just too difficult.

A Four By Four Matrix

I'm a big fan of Hedron Matrix on paper. Converted mana cost is one of the most interesting attributes of a Magic card, in my opinion, and I love using and abusing it in the most ways that I can. Some of my favorite mechanics throughout Magic's history can 'hide' the converted mana cost of some expensive creatures while still channeling the cards' effect: morph, suspend, and evoke, for example. 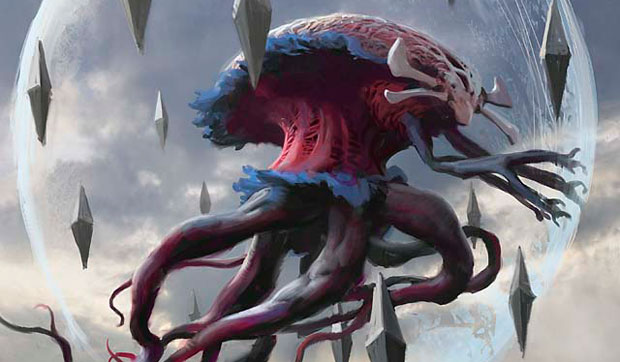 We also need a way to get the Hedron Matrix on the board, and Worldwake has recently brought us an excellent way to accomplish that: Stoneforge Mystic. However, I'm also going to use such methods as Stonehewer Giant (an already forgotten but excellent rare) and Steelshaper Apprentice (converted mana cost of 4!) If I were in red, Godo, Bandit Warlord would be ideal as well.

Now let's get into the fun creatures. Duskrider Peregrine would become a 9/9 protection from black flyer! Errant Ephemeron (once merely a Limited bomb) is now an 11/11 for a severe discount. Riftwing Cloudskate can bounce a permanent as a 7/7 flyer. Greater Gargadon must be mentioned. (I think that's a law in some states: Not mentioning Greater Gargadon in a dramatic suspend paragraph is illegal.)

Onto the morphers! I never thought I would ever mention Scornful Egotist two columns in a row, but it cannot be denied here as the ultimate "bad" card to beatstick. Whip-Spine Drake fills a small niche.

Lotus Blooms speed up the deck and add to the suspend theme. Overall, this is a pretty straightforward but fun look at Hedron Matrix.

We All Go a Little Mad Sometimes

Just look at Sarkhan the Mad. Once in complete control of his emotions, loyalties, and proper usage of his last name, the former dragonmaster is now a dementia-addled figure, tortured by his long wait in the Eye of Ugin. 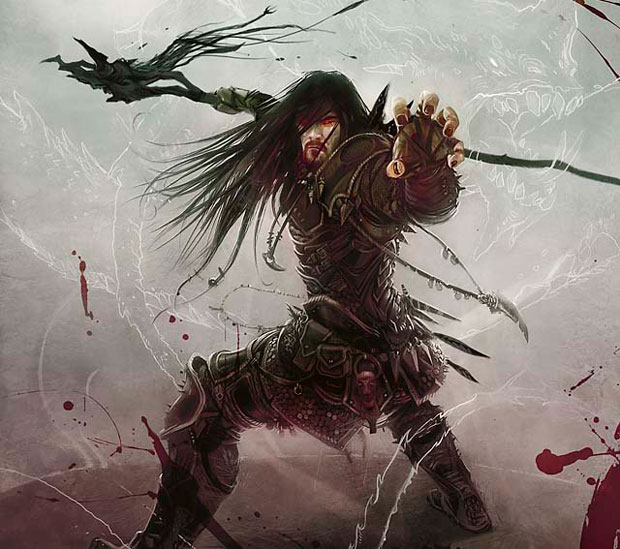 Let's look at his abilities one by one.

"0: Reveal the top card of your library and put it into your hand. Sarkhan the Mad deals damage to himself equal to that card's converted mana cost."

Okay. So what we have here is a Dark Confidant-esque ability. Instead of you losing life, though, Sarkhan the Mad will just lose that many loyalty counters. In a pinch, this ability could be useful, but as we'll see, it has less potential for true shenanigans than his other powers. Note that lands have a converted mana cost of zero, so if you need a land, it's possible Sarkhan can snag one without paying a vicious price.

"-2: Target creature's controller sacrifices it, then that player puts a 5/5 red Dragon creature token with flying onto the battlefield."

Wowsers. This versatile ability can alter the board in various ways. First of all, you can use Sarkhan the Mad as an aimed Cruel Edict if need be. I'm sure you'd rather be facing a 5/5 Dragon token then a Baneslayer Angel! However, the main avenue for using this ability is on your own creatures. Sacrifice a useless Goblin token to make a Dragon! You can take advantage of any "leaves the battlefield" effects as well (such as Mogg War Marshal, or Spitebellows.)

"-4: Each Dragon creature you control deals damage equal to its power to target player."

And ... that's a wrap! If nothing else, Sarkhan the Mad can make a Dragon and then have his ultimate hit for 5. Adding merely one other Dragon to this scenario is absurdly awesome! Sarkhan the Mad could even be a finisher in Dragon tribal decks if the board was locked down by Blazing Archon or a similar effect. Finally, this ultimate has direct synergy with Sarkhan Vol (the first incarnation of Sarkhan) and his ultimate. Spring for Vol's five Dragons (running out his loyalty counters and killing him), then cast Sarkhan the Mad and unleash the ultimate before your opponent can blink.

Here's a fun Standard list built around Sarkhan the Mad.

Most of the Dragon-tastic cards that defined the shard of Jund are sprinkled in there somewhere, including Karrthus, Tyrant of Jund, who can steal the Dragons that Sarkhan the Mad may have given your opponent. Dragon Fodder and Goblin Assault provide the Goblin tokens for sacrificing purposes (or, with Sarkhan Vol out, swinging purposes, Fires of Yavimaya style)!

Dragon Broodmother and Broodmate Dragon, meanwhile, are Dragons that create more Dragons, which is perfect with Sarkhan the Mad's ultimate. Finally, Tuktuk the Explorer is a fun singleton.

Gideon Jura is only the third mono-white planeswalker to be printed, but I believe he easily eclipses Ajani Goldmane and Elspeth, Knight-Errant as the most powerful of the three. In fact, I had to lean back in my chair when I first read Gideon Jura. Then I fell out of my chair. 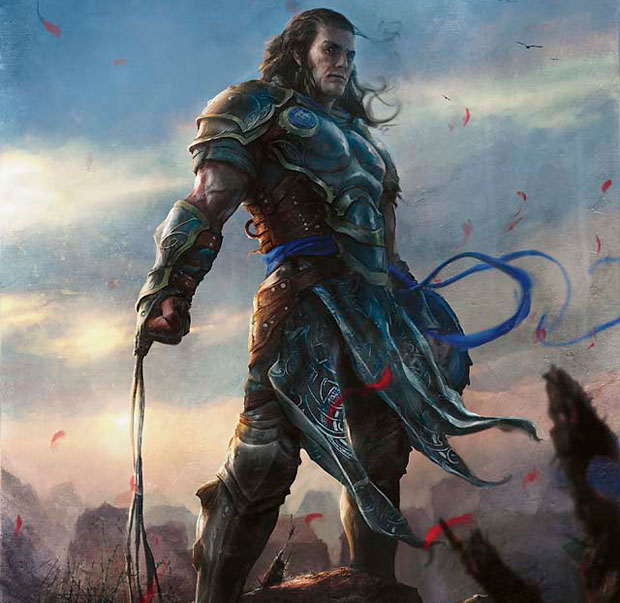 Like I did with Sarkhan the Mad, let's go through Gideon Jura's abilities one by one.

Oh boy. Gideon Jura might be the best method of forcing your opponent to attack you ever printed. Fumiko the Lowblood and similar cards filled the gap before, but Gideon Jura's so versatile that he instantly becomes the best option. Plenty of Johnny strategies have revolved around forcing an attack (do some archive searching if you don't believe me) and Gideon performs this job perfectly.

Interesting. Gideon apparently has more in common with Royal Assassin than meets the eye. What makes this ability so fitting is that Gideon's first ability can force your opponent's creatures to be tapped (unless they have vigilance), giving Gideon plenty of targets to destroy.

"0: Until end of turn, Gideon Jura becomes a 6/6 Human Soldier creature that's still a planeswalker. Prevent all damage that would be dealt to him this turn."

Oh. Oh my. In what may be the technically craziest ability seen on a planeswalker yet, Gideon Jura can turn into a creature. Unfortunately, you can't activate this ability on your opponent's turn (which would make the synergy between the first and third abilities ridiculous.) Still, making Gideon an indestructible 6/6 beater sounds really fun.

You know what I want to do, though? Play around with the fact that a 6/6 Human Soldier is also a planeswalker! Quicksilver Elemental, step right up. Pay

to give ole Quicky all of Gideon Jura's abilities.

Now, they changed the rules recently, so this isn't quite as crazy as it would have been before. Even though Quicksilver Elemental isn't a planeswalker, the rules about playing planeswalkers' abilities only once per turn now apply to "loyalty abilities."

So you can't add an infinite number of loyalty counters to Quicksilver Elemental by activating the +2 ability over and over. Forcing creatures to attack Quicksilver Elemental doesn't do anything anyway, so the most obvious ways of abusing this interaction are out, but I'm sure we can think of something.

As you can see, I paired this interaction with a supporting cast of Kithkin. The goal is to have fun with these synergistic creatures. Somnomancer is a key card here, painting targets on opposing creatures for Gideon and interacting with Mistmeadow Witch. Quicksilver Elemental can pick up Brigid's activated ability, which can put the hurt on any creatures Gideon forced to attack. Finally, Mirrorweave opens up a couple of crazy combos. Gideon isn't legendary, so when he's a creature you can target him with Mirrorweave and turn all other creatures into (un-animated) Gideon Juras ... at which point they'll all go to the graveyard for having the same planeswalker type, along with Gideon himself. It's an even more deadly board sweeper than All Is Dust!

But the best thing to do with Mirrorweave is to make a team of 6/6 creatures that don't take damage. First, build up a bunch of creatures (with some help from Kinsbaile Borderguard, Patrol Signaler, and Cloudgoat Ranger). Next, Mirrorweave everything into Quicksilver Elementals. Then activate Gideon's 0 ability, and have your Quicksilver Elementals copy his abilities for

each. They can each use his third ability once for free, and presto! You have an army of undamageable 6/6 creatures for a turn. Your opponents' creatures, meanwhile, will be stuck as ordinary Quicksilver Elementals—they can't use Gideon's abilities, because it's still your turn.

Anyway, have fun with that deck. See you next week for a fun theme week!