The Weird and the White

elcome back to the Lab. With Avacyn's restoral on Magic's nearby horizon, I thought I'd help the transition from darkness to light by discussing some of Dark Ascension's wackier white cards. These cards have all piqued my curiosity, so let's get building!

Requiem for a Dream

Let's start things off with Requiem Angel. This card beats like a traditionally powerful Angel, but its Spiritual ability is what sets off my idea sprockets. The key distinction made upon dying creatures is whether or not they are Spirits, and Requiem Angel's death-fueled token generating reminds me of similar enchantments that spurt out 1/1s. All that keeps Golgari Germination from heights of insanity is that pesky "nontoken" clause. Virtually immovable, as tokens can never just stop being tokens.

On the other hand, "non-Spirits?" Yep, that's ultra hackable, or least vulnerable enough for me to string together a multi-card infinite combo. The first important piece is Amoeboid Changeling. This blob of blue ooze is so versatile, it's annoying. (It swallowed Imagecrafter whole a couple years ago. I've been stockpiling evidence since...) Not only can it grant all creature types to creatures, it can, um, reverse-grant them. And its Changeling status comes in handy when considering the next vital piece: Thornbite Staff! This Tribal Shaman Equipment causes its bearer to untap upon every creature death.

Let's recap with this calm sentence, which perhaps feels like a cool, restoring breeze: So far, the combo involves Requiem Angel and an Amoeboid Changeling with a Staff. The last ingredients are any other creature (a spare Merfolk Looter, perhaps) and the killer Blasting Station. Here we go. Sac the Looter to the Station to ping your opponent. The Angel will make a Spirit and untap the Station. Take away the Spirit's creature types with the Changeling, so it's a Nothing. Sac the Nothing to the Station, and the Changeling untaps, allowing the whole process to spin around a tipped-over eight.

Other than Fabricate to find my artifacts, I used the aforementioned Merfolk Looter as a supplier of fresh cards. This selection eventually ushers in a Merfolk tribal cushion, often a nice supporting shell for complex combination aims. Merfolk are a flexible tribe, and I chose some of their more defensive denizens. Silvergill Douser and Harpoon Sniper can tangle up your opponent's combat plans. Summon the School keeps the fish flow functional, and if a Judge of Currents is around, it can pad your life total. And as a bit of trickery, I added Ovinize. There's nothing quite like Sheepifying non-Sheep (especially when a Sniper or Staff can then pick them off).

Did you know, if a bunch of Magic players hold hands and form an energy bond around a Séance, and someone happens to have a miniscule magnifying glass and the ability to read it, the glass will pass over a sequence of letters in the card text (pausing for precisely seven seconds in between letters) that spells out "YOU ARE ALREADY BORED OF THIS STUPID JOKE?" 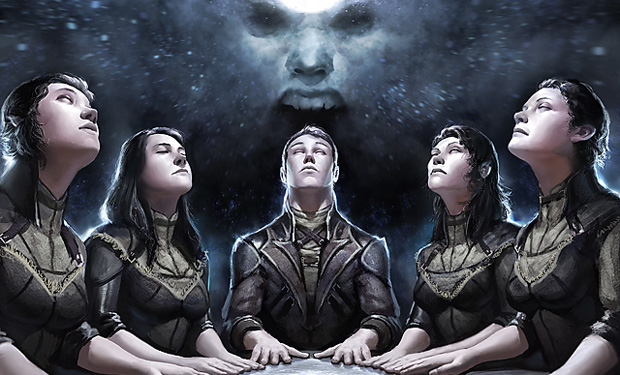 Seriously, I didn't have a clue what to do with Séance until resilient emailer Will Cooper let me know of its interaction with Parallel Lives. Instead of one resuscitated creature for a turn, you get two (although they both still go away). Will's decklist was a quirky three-color build fit for Innistrad Block Constructed that was designed to return Geist-Honored Monks, watch them swell, and Fling them at his opponent.

I'm going to take a similar approach, being mostly inspired by Will's use of Geist-Honored Monk. As a creature that enters the battlefield and creates multiple tokens, its ilk seemed ideal for a Séance/Parallel Lives deck. I looked around for these types of creatures and was struck by a common thread: Many of these cards made Soldier tokens. Imagine returning a Captain of the Watch with the two enchantments around. That's a whopping twelve Soldier tokens. Cards like Cloudgoat Ranger and Knight-Captain of Eos fit right in. In the late game, the latter card should rarely run out of fodder. The object, then, is to swarm with scads of Soldiers.

I looked around for other cards that liked to be Séanced. Kor Hookmaster could be fun, annoying even as a residual token spirit. Soldier Replica can check out of its token afterlife early if the combat situation calls for 3 timely damage points. Although not a Soldier, Sakura-Tribe Elder remains a badass after all these years, and with Séance it has extra utility. I wondered if there was a useful Kithkin Soldier to potentially help out Cloudgoat Ranger, and Goldmeadow Harrier stepped up as a key stalling device.

At this point, my deck-building flow was torn by all the possible routes this deck could take, and I threw in a handful of singletons to spice things up and inspire direction. (As always, I encourage you to think of my decks as a jumping-off point for your own brewing.)

4 Captain of the Watch
37 Cards

Mentor of the Meek could be fun with all the token generation. Catapult Master is a neat Soldiery method of exiling opposing threats, and it's also a decent way to make use of a Séanced Soldier that can't attack. Benalish Commander seemed powerful in this set-up, and Elspeth, Knight-Errant gives the deck oomph with her Soldier and emblem making. Finally, Riftsweeper can sweep past objects of a Séance back into your deck!

For roughly four years now, I've been on this Lab roller-coaster, and at times it feels like someone's slapped me with a Curse of Exhaustion. After building my four-color Curse deck earlier this year, I figured that would be my final acquaintance with the one-sided Rule of Law. A recent email from Travis NoLastName brought an interesting Standard combo with the white Curse to light, however. I was hooked from the outset, namely because of Knowledge Pool. That card is a decent way to excite me. 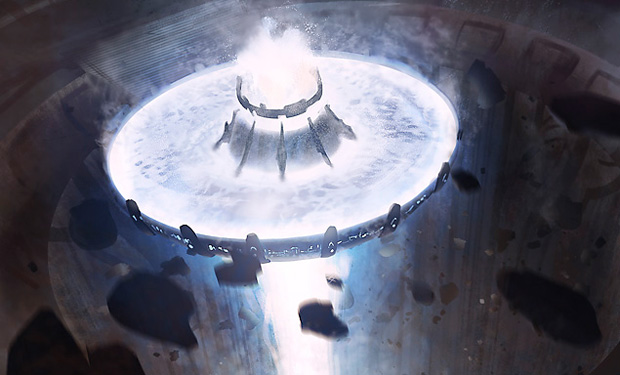 If your opponent is Exhausted pre-Pool, then once you land the six-mana game-warping juggernaut, he or she will be entirely locked out of casting spells. The Pool's distinctive mass-mess-up stems from its ability to shut down all incoming spells and replace them with spells from the Pool's pre-set arrangements. But if your opponent can only cast one spell a turn, he or she therefore won't have access to the Pool's replacement spell. Meaning... lockdown!

Building around Knowledge Pool is a tricky business. Since both of my pieces are in Standard, I decided to try to appease those who enjoy that format. I employed a metalcraft subtheme because those cards aren't likely to be as great for my opponent if he or she gets access to them via the Pool. After the lockdown, victory can come through Rusted Relic or Indomitable Archangel beats, or from a horde of Myr produced by a turn-two Shrine of Loyal Legions.

I knew I wanted a free artifact in the deck, for the off-chance of playing a Pool with an immediate follow-up spell. I went with Chimeric Mass, a card that plays good defense and is useless in the Pool. A similar addition was Norn's Annex. It's a formidable stalling card pre-Pool, and if your opponent gets it, you're prepared with white mana.

The final additions were Mycosynth Wellspring and two instants. Dispatch goes in all sorts of metalcraft decks, and Banishment Decree could be fun right before a Pool.

Today's last card has been the target of many an Internet rant. I speak of Archangel's Light, a card that apparently doesn't feel mythic rare enough for some. While I too was initially underwhelmed by the Light, after seeing it in action I have more respect for it. In the proper deck, this card can gain massive amounts of life.

My next-level solution was one of my favorite old gems, Morality Shift. This card can instantly fatten your graveyard. Follow up with an Archangel's Light and you'll be sitting atop a pillar of life, waiting to draw into your sorceries and do it again. The Light totally restocks your deck, letting you repeatedly draw into your Vindicates and Wrath of Gods, which smash threatening things into pieces. A turn-two Castigate is potentially devastating as well. To amplify the frustration theme, I added the cheeky Mana Tithe. Caution: That card won't prevent your opponent from punching you. Just a reminder.

The deck needed to ramp, so I used Mind Stones, "Sad Robots," and Eternal Dragons to build a strong mana base and thin my deck. Liliana Vess (Mark 1) can fetch all your important cards while frustrating your opponent with her presence. Her ultimate is win condition #2. #1? How about another exorbitant white sorcery, Storm Herd? That's a lot of Pegasi.