his past weekend, nearly twelve hundred Magic players descended on the Fort Worth Convention Center, each hoping to be the eventual champion of Grand Prix Dallas. The format was Standard, which is played at Friday Night Magic tournaments across the globe every week and on Magic Online every minute of every day. The results of this tournament would help define the face of Standard for weeks to come. 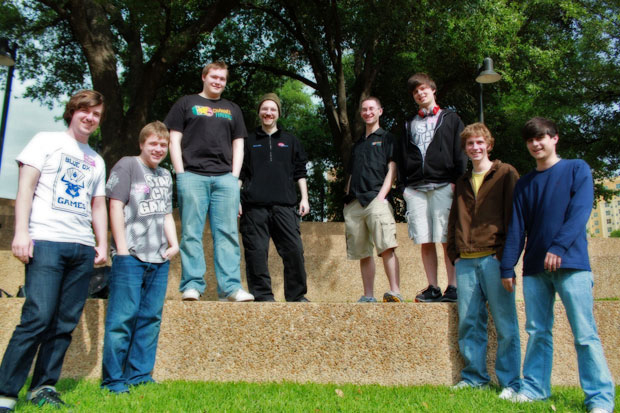 Every deck in the Top 8 had four copies of Jace, the Mind Sculptor.

I will begin by talking about what we won't do. We are not going to emergency-ban Jace, the Mind Sculptor or any other card in Standard.

Let me clarify what I mean by that. We make regularly scheduled B&R announcements four times a year. The next announcement will take place on June 20, and will go into effect on July 1. We will announce no changes to the (currently empty) Standard banned list before that time.

Emergency bannings, or bannings announced on days other than our regularly scheduled announcement dates, are extremely rare. In fact, we have emergency-banned exactly one card in Magic's history. That card was Memory Jar. We did this because of a confluence of factors. The Standard environment leading up to the release of Urza's Legacy was dominated by combination decks like Tolarian Academy that enabled turn three kills. Memory Jar was another obviously broken combination card. Rather than knowingly allow Standard to be dominated by broken combination decks for another set, we banned the card almost immediately upon its release. 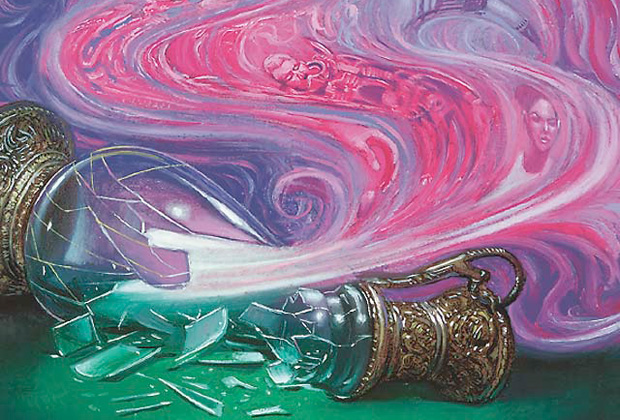 Standard is not currently in anywhere near as dire straits as this. Compared to then, it seems quite healthy to me. Although one card is obviously stronger than the others, that card costs four mana, is cast for four mana, and does not win the game on the spot. Standard is nowhere near being dominated by combination decks with turn-three kills, so an emergency ban is not warranted.

The last time we banned a card in Standard was March of 2005. In that announcement, we banned Arcbound Ravager, Disciple of the Vault, and all six artifact lands. The Affinity deck that those cards enabled had been terrorizing Standard since Darksteel's release. I talked quite recently about these cards in this space. Although the Ravager Affinity deck was not a turn-three combination deck, it was still very capable of killing on turn three or four, and it proved to be highly resistant to traditional anti-creature strategies. It was clearly the strongest deck in the format, and a best deck that is that fast is quite oppressive to many strategies. 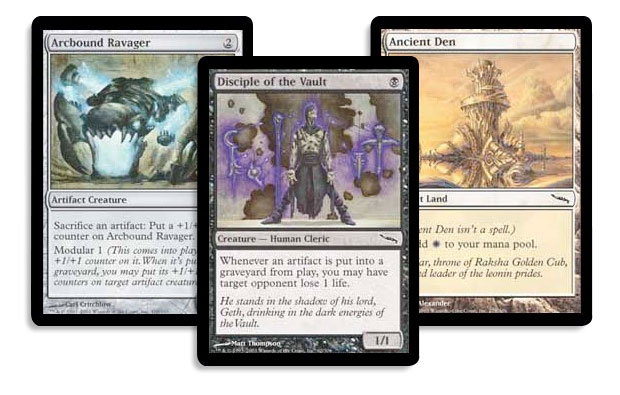 Although the situation today is not ideal, I would argue that compared to the Ravager Affinity situation we have a high-class problem. The decks that play Jace, the Mind Sculptor do not kill on turn three or four, and they give an opponent plenty of room to interact. For a Standard format that is overshadowed by such a powerful card, there looks to be an awful lot of play.

Now that we have some more context for what banning cards means, let's dig deeper into what's going on. 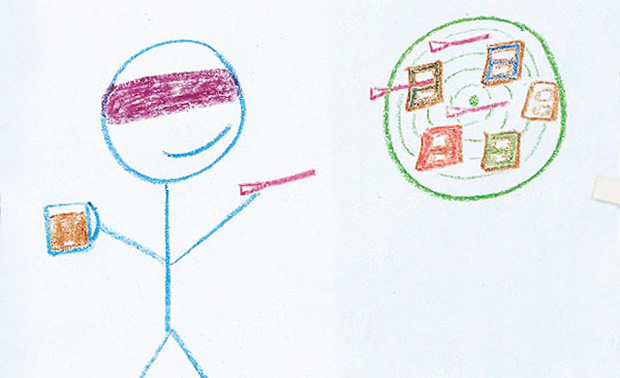 Integrity is what makes relationships work, and we value keeping our word to you. Every time we ban a card, we are breaking that word. Therefore, we do not ban cards lightly.

Although this is true for every banning, discussing Jace is even more challenging than normal. Jace, the Mind Sculptor is a highly desirable card, and many of you have invested significant effort into acquiring copies of it. We understand that, and we're glad that you love Magic enough to have done it. Banning a card like that is something that we wouldn't be thrilled about doing.

Fun Is More Important than Balance

Magic is a game. Games need first and foremost to be fun. Several things contribute to fun; although balance is one of them, it is by no means the only one. Change over time, variance, replayability, customization, and many other factors also contribute.

When we banned Memory Jar, and when we banned Arcbound Ravager and its friends, Standard Magic wasn't fun. The obvious indicator of that at the time was tournament attendance, which in both cases was falling. That's not happening right now. Live tournaments are as big as they've ever been. Magic Online Standard tournaments are firing with high frequency and player counts. Although we agree that the format would be more fun if Jace were less powerful, the format is not driving players away in massive quantities.

There is, of course, an amount of balance that is required for fun to exist. While it's clear that Jace, the Mind Sculptor is one of the most powerful cards in the format, there are also plenty of people who are finding success on Magic Online without it. Looking at the decks from Daily Events revealed Valakut, the Molten Pinnacle Ramp, Boros, Mono-Red, and Vampires as somewhat common Jace-free choices, as well as the occasional blue-black Infect and Fauna Shaman-Vengevine brew. The players who played these decks would likely argue that there is enough room to run without Jace and succeed.

As I said, we are not pleased with how powerful Jace, the Mind Sculptor has turned out to be. However, the current Standard environment still seems to be enough fun that lots of people want to play it.

A New Set Is About to Come Out

Ten days from today, the official preview cycle for New Phyrexia begins. New Phyrexia, as previously announced on the site, is a 175-card set that will be Standard legal upon its release. We tested it for months in the Future Future League, and I promise you that it will change the face of Standard. I cannot promise you how, as there are twenty of us and hundreds of thousands of you, but I know that things will not be the same once the full might and majesty of Phyrexia is unleashed.

As Jace, the Mind Sculptor is the elephant in the room here, I will address it directly. I can think of at least two cards in New Phyrexia that are targeted specifically at planeswalkers. In our Future Future League testing, those two cards proved to be potent weapons.

Although Magic 2012 is a few more months away, I can also tell you that this summer's core set was built with the need to fight powerful planeswalkers in mind. Vampire Hexmage and Phyrexian Revoker may not be strong enough to fight this fight, but there are more cards aimed at planeswalkers coming soon.

Due to tournament circuits like the StarCityGames Open series, Standard is receiving more scrutiny now than it ever has, and the cycle of the format's evolution has been growing shorter and shorter. Every day, more and more archetypes crystallize closer to their perfect forms as hundreds of thousands of you grind games at live tournaments and on Magic Online. Every time new cards enter the format, though, that cycle must begin again. New Phyrexia releases on May 13. I guarantee you that the format will not look the same after that. I am certain that Jace, the Mind Sculptor will have a role after that, but none of us can know exactly what it will be. 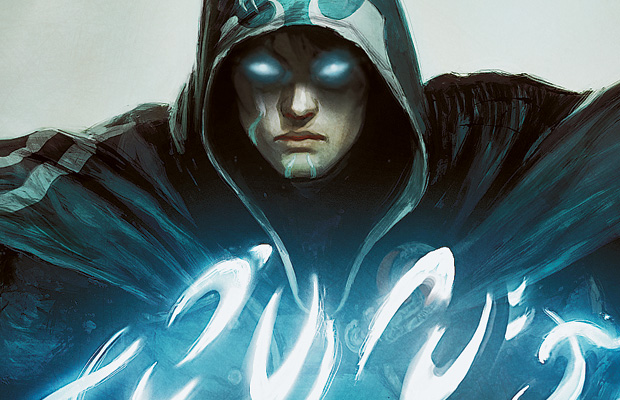 As I said at the beginning of the article, the next time we will announce changes to our Banned and Restricted lists is June 20. New Phyrexia will have had a little over a month in Standard at that point, and we hope to understand its impact by then. As of today, I can make no promises about what we'll do on June 20. I promise, however, that we will think very carefully about our decision.

Although the tone of the Internet discussion about this issue has occasionally strayed away from civility, we understand that you wouldn't be this vocal about the issue if you didn't love Magic. We're glad you feel that way, because we love Magic too. Please keep talking to us, and as always, thank you for playing. 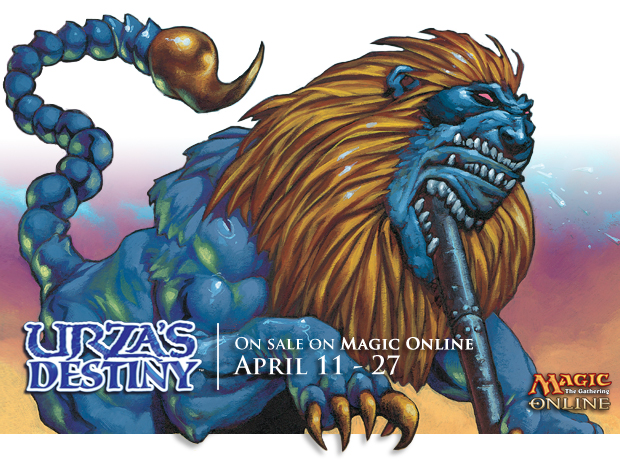