Alone in the Darksteel

s a Magic player in the real world, Magic sets occurred to me as full and complete sets of cards that were handed down by some divine power and therefore immutable. As a Magic developer, Magic sets now occur to me as being malleable and amorphous things that I get to freely change and experiment with if I wish. Each mechanic needs to pull its weight, and we often find ourselves asking for whom a mechanic or card is intended for. Today, we'll investigate this question for indestructibility.

Here's a famous Magic card with "Darksteel" in its name.

It should make sense to you that this guy was all over the Darksteel "movie posters" that we sent out for stores to put up. It's huge. It tramples. And you can't kill it. It almost doesn't matter how strong it is in competitive Constructed, as its target audience is largely blind to the

in the upper right hand corner. This card's appeal and prestige lasted many years after Darksteel's release, even though it's quite difficult to cast and most of its tournament play involved cheating it out with Tooth and Nail, Tinker, or Hypergenesis.

Several times, Ken Nagle has expressed his great dislike for the original Mirrodin block. He wasn't a hardcore tournament player at the time, though. His issue was that when everyone plays lots of artifacts, as Mirrodin makes you want to do, it becomes correct for people to play Shatters and Oxidizes and Viridian Shamans in their main deck. As soon as that happens, any time Ken tries to build a multiplayer deck around one of the cool artifacts in the set, his deck doesn't work because all the artifact removal that his opponents are playing goes straight to his deck's key card.

With a Darksteel Forge, though, that isn't going to happen. In reality, Darksteel Forge plays out somewhat like a security blanket; it makes you feel good to have in your deck, but games are often over by turn nine, and waiting until turn ten to play your key artifacts may not always be possible.

Twenty turns from now, you win! Hooray! That knowledge feels good, but how many games actually last twenty turns? Not so many. Once again, the security blanket factor is high on this card. A player with Johnny tendencies will look at this card and start thinking about ways to manipulate charge counters, but I saw lots of players put this card in their decks without any way to speed up the clock. Those players are betting that they'll still be around twenty turns from now, and in most cases that isn't a winning bet. 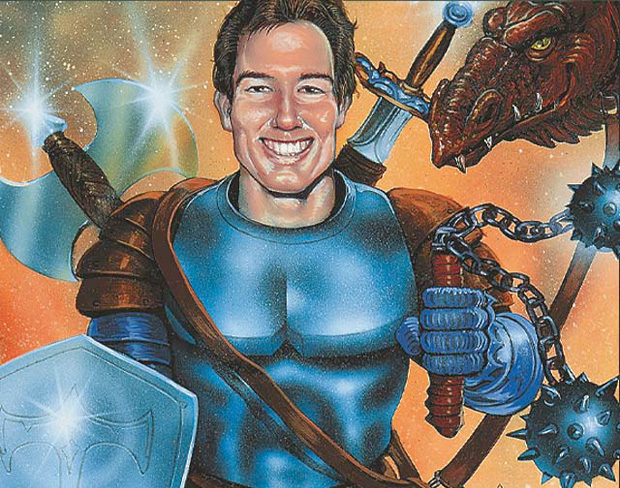 Timmy is one of the three psychographics that we talk about. Timmy wants to experience something. He wants to get on a roller coaster, have thrilling things happen, and get off drained and tired on the other side. Although many players associate Timmy with big creatures, something that his card seems to encourage, that's not the key to the Timmy impulse. Is your favorite Legacy deck to play in tournaments a zero land Goblin Charbelcher deck that wants to win on turn one? Do you play Bazaar of Baghdad Dredge in Vintage and love it? You're probably a Timmy in either case, as playing those decks puts you on a roller coaster. 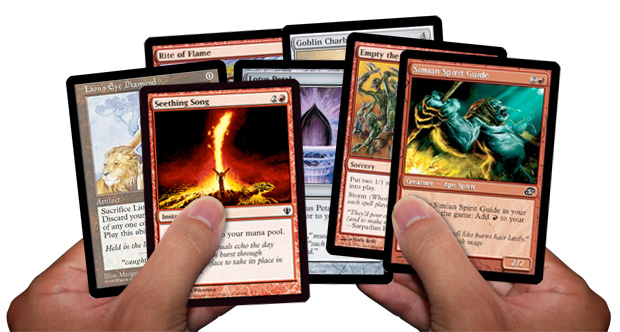 The cards that excite Timmy are the cards that make him feel something while he reads them. Darksteel Colossus, Darksteel Forge, and Darksteel Reactor all do that. How could you read them and not have a reaction? They can't be destroyed. That's incredible. On top of that, two of them will win the game for me, and the third makes all my other artifacts safe too. That's some powerful stuff.

Let's pause, then, and note that indestructibility makes Timmy very happy to read. Therefore, "Darksteel" cards help get Timmy in when a set releases. We knew that, and we were counting on it.

I will digress for a moment about Timmy. Timmy wouldn't play Magic if he didn't like thinking, but he didn't start playing Magic because he wants hard problems to solve. He came to Magic because it made him feel something he wanted to feel. Usually that means feeling good, but he doesn't really mind massive swings of negative emotion as long as the swings are massive and not too frequent. If the emotional roller coaster stops and he has to think long and hard about something, the reason he's here to play has disappeared.

Let's consider what happens once an indestructible card or two is on the battlefield across the table from Timmy. This causes Timmy to feel not a massive swing of negative or positive emotion, but instead a constant dull frustration. This is perhaps the worst possible feeling for Timmy: constant, unchanging, and negative. Note that it also forces Timmy to think about things that he doesn't want to think about. If all of his friends are sitting behind Darksteel Myr, he could just cut the Disenchants from his deck for Revoke Existences, but that choice has very little meaning to Timmy. He wants to think about whether to play Admonition Angel or Baneslayer Angel, not which artifact removal spell to play. Some players lean Timmy so hard that it won't even occur to them to switch out the removal spell; they'll just get mad and complain about the offending card.

We have now learned that Timmy likes reading big and splashy indestructible cards, but often doesn't like playing against them. That makes them feel a little bit like a trap. They get Timmy in the door, but then they don't work out quite the way he wanted them to. At this point, you should be wondering whom they make happy later on. Happily, I have an answer.

Remember when I talked about choosing between Disenchant and Revoke Existence? There's a kind of player who loves making that kind of decision. His name is Spike.

The funny thing about Spike is that Spike doesn't actually get excited while reading Darksteel Colossus. To him, you might as well write the mana cost as infinity and the text box as "CARDNAME will never be cast with mana and will sometimes be cheated into play." That's not exciting at all. Similarly, he understands that the game will likely be decided by the time Darksteel Forge or Darksteel Reactor do their thing. That's fine.

However, he loves the kick that he gets when his infect deck runs effortlessly over a Darksteel Myr. He loves being annoyed that his Slice in Twain doesn't kill an opponent's Darksteel Axe, then sideboarding out green for white and using the Revoke Existence he sideboarded in to get rid of that same Axe in a later game. He loves using Rust Tick to tap down a Darksteel Sentinel. Those smart-feeling moments are what Spike lives for, but he will almost never think to credit indestructible cards for helping to provide them.

I'd like to end this article by discussing Timmy's least favorite of the thirteen cards with "Darksteel" in their name. Can you guess which card it is?

In the end, Darksteel cards live in a weird space for me. Timmy loves to read it and think about it, but he tends to strongly dislike playing against it and having to potentially change his deck to adjust to it. Spike doesn't get excited about it one bit, but it adds invisibly to the deep fractal texture of the game that keeps him playing year after year. Is it worth it? I would say yes, but it's not a pure home run.

The next two Fridays, this space will feature my two favorite articles I wrote this year as we go off on our Winter break. Happily, both are articles that I think reward a second reading. I put tons of effort into each of them, and there are lots to get out of them if you read closely. Thanks for playing, and I'll see you next year.

I thought something might have happened to the results of this poll, as it got over twice as many respondents as I normally get. But we checked our polling software, and these are the correct results.