oming soon to a game store near you, we present: Duet Decks: Liliana with Gideon. 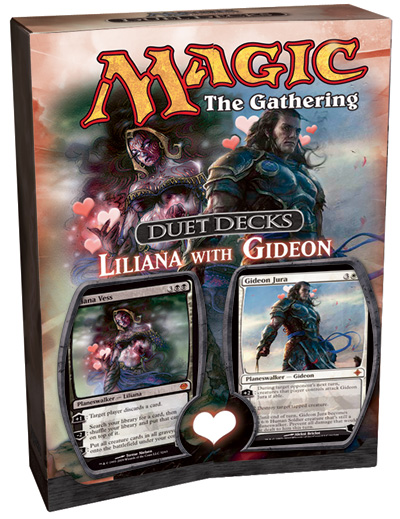 This product contains two 60-card decks and is designed for out-of-the-box two-headed giant play. The decks contain two mythic rare premium Planeswalker cards, as well as cards that have never before been printed in the modern card face or in black border.

How long had it been since he first met her? It was not so long ago, and yet things had moved so fast. He surveyed the candles set up around his room, nodding. She preferred minimal lighting arrangements, and this would do just fine.

Their first destination was the city's best tavern, where he had the private room reserved. She would order the unicorn, of course, and well done. He shook his head. Such a waste of a majestic creature. It was unseemly, but with a woman such as this one had to take the good with the bad. 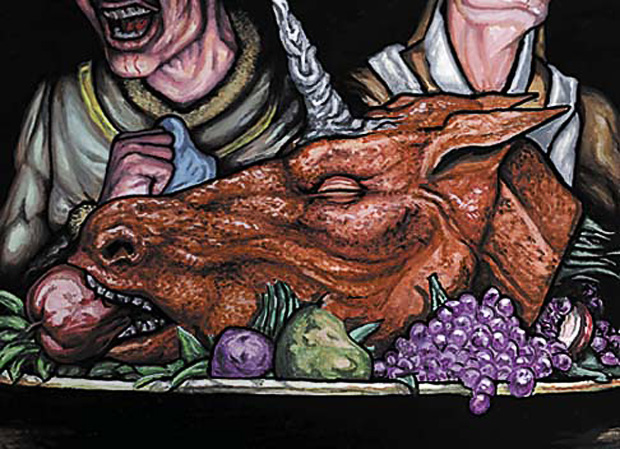 There was also the matter of tonight's festival, where they were headed after their evening meal. Rumor had it that foreigners had come with a strange game, and there were exotic prizes to be won if one could master it. Although he had not trained in projectile warfare, one of his men had taught him the basics. He had been practicing. He would not walk away without having won his lady something to remember the night by.

He put his hand into his pocket, and his fingers brushed against a small velvet bag. He nodded, smiled, and stepped out into the street. 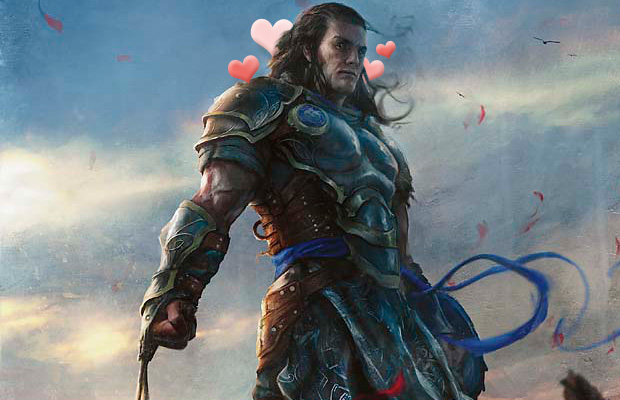 The closet opened to reveal a pair of thigh-high black boots. She smiled as she pulled them on. Few men could resist their charms. This one had been no exception, although she had not expected him to fall for her quite this hard.

She was not immune to appearances either, of course. There was something about a man in armor with three razor-sharp blades whirling about his body that she just couldn't keep herself away from. The two of them were not likely to be attacked tonight, but it was not in his nature to go out unarmed. Perhaps some waif could be convinced to attack them before the night was through.

A black lacquered wooden cabinet opened to reveal several jars of clear liquid. She twisted the lid off one of them, and sniffed it. Nightshade. She nodded, and splashed a little on each side of her neck. She closed the jar and replaced it, chuckling. He hated nightshade, but it would be too much fun to watch his reaction when he noticed it. At any rate, the two of them didn't see eye to eye on most things, but that didn't mean that tonight wouldn't be fun.

She picked up her purse and smiled at its weight. With a twinkle in her eye, she stepped outside to meet her consort. 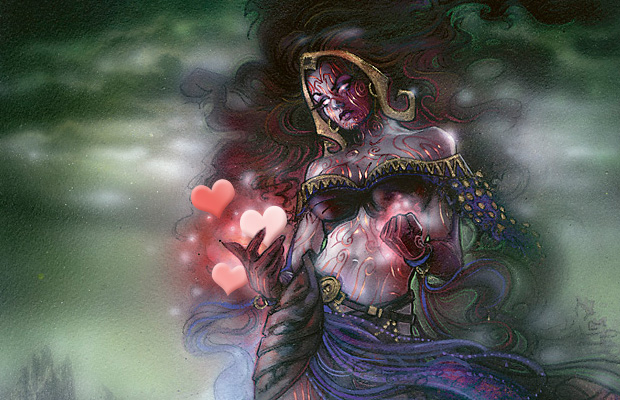 1 Minion of the Wastes