ater today, players from across the world will meet at the San Diego Concourse to test their skills at full-block Return to Ravnica Constructed and Draft at Pro Tour Dragon's Maze. I am excited to see how the pros enjoy the Draft and Constructed formats, and to see how close our evaluations of card strength are to theirs. I've got my predictions for what kinds of decks will reach the Top 8 of the Pro Tour, but I am prepared to be surprised. 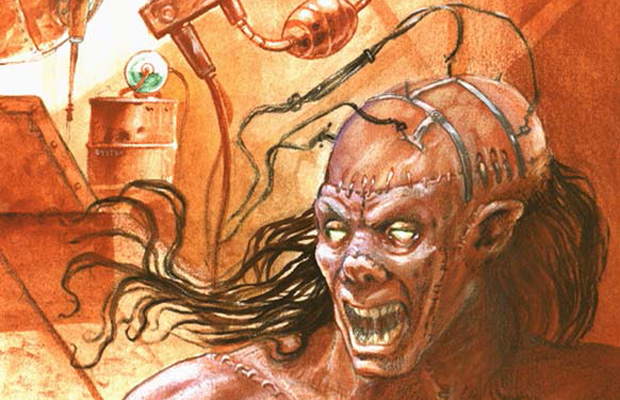 Block Constructed is an interesting format. We no longer use Block as a PTQ format, even though we still support it for, at the least, one Pro Tour, some number of other high-level events such as Grand Prix, and for Magic Online. Part of the reason for the lower level of support than other major Constructed formats is that we have reduced the total number of cards in each block (which begun with Shards of Alara), and part of it is that our strategies for creating fun Standard environments don't always line up with creating the best possible Block Constructed experience. I believe the format is more than fun and interesting enough for a few Pro Tour-level events, but it doesn't always have the depth needed to support a PTQ season.

That doesn't mean that there isn't a lot that can be learned from Block, however. In many ways, Block Constructed is the single best resource we have for forecasting what the next year of Magic will look like, and it is a great resource for all of you reading this to see what cards may be the breakout hits of next year. Very frequently, cards that are close to showing up in Constructed will lay low for a while because the other options in the format crowd them out—but that card will really shine in Block and experience a renaissance of a sort the next year. The World Magic Cup highlighted several decks with both Falkenrath Aristocrat and Olivia Voldaren—cards that had been mostly pushed out of Standard with the presence of Dismember and Vapor Snag. Once Scars of Mirrodin block rotated out, both found their place in the metagame. I suspect that Pro Tour Dragon's Maze, and the subsequent Block tournaments after it, will do the same and reveal some of the stronger strategies in the Return to Ravnica block that will really find their own footing next year.

Over the years, we've learned a lot from Block. Not just about individual decks, but about how to better design and develop our game and make sure players have the best experience possible. A goal that started out noble, but ended up biting us in the end, was pushing single-block synergy too hard. It seemed like a good idea at the time—make sure that the decks you want to show up have enough cards in the block to support the deck alone. Block Constructed was one of the Constructed PTQ formats, and it was important that the format had enough support to be fun and interesting in that format, which would naturally let them spill into Standard. There are many formats where this generally worked well and produced decks that, while strong, were also fun and healthy parts of the metagame when combined with other cards in Standard. Time Spiral Teachings and Mono-Blue Pickles come to mind, with older contributions like Onslaught block's Astral Slide and Goblins, Mono-Black Control and Madness from Odyssey block, and even as far back as the Mono-Red decks from Tempest Block Constructed. If every block in history integrated like this, then we might not have changed strategies, but that just wasn't the case. The problem we discovered was the same famously discovered by Dr. Frankenstein—sometimes you believe you are creating a thing of marvel, and end up with a monster.

Nowadays in R&D, we are wary of block monsters—that is, decks whose power is so tightly contained within a single block that they need little in the way of support from the blocks before or after to play at the level of a top-tier Standard strategy. We know we will never be able to find and properly gauge every deck that is possible with a card pool, but we do a pretty good job of finding the pillars of the format and knowing what the general strategies are attempting to do and just how powerful they are as a whole. When one of those pillars is given much more than the others, the whole structure is imbalanced. The first sign is the utter dominance in the Block Constructed format by the deck in question, since the other decks are balanced to work in the context of a Block Constructed environment that has a lower overall power-level than Standard. If the Block monster isn't contained, it risks taking over Standard and overpowering all of the cards printed for the next year, and the format will quickly grow stale. We've seen this in the past with decks like Affinity, Jund, and Faeries. Many players I have talked to over the years have identified these as the decks that throughout history have made them most frustrated with the state of Standard Magic, and for good reason—when one deck is dominating everything there is very little room for any individuality in deck building or interesting decisions on which deck to play in a metagame. You play the beast or you dedicate your deck to fighting it. There isn't much middle ground. The lessons we have learned from these decks have led us down a path that should reduce the chances of them happening again in the future.

One of the things we have been working on for the last few years to prevent this kind of domination is to improve the cross-block synergies, subtly highlighting the themes of the upcoming year in a block, as well as giving support for cards from the previous year, and finally including a few safety values for any scary decks from the year before. The enemy duals on Innistrad may have looked out of place on that plane, but they have really come into their own in concert with the allied duals from Magic 2013 and the Ravnica shocklands. That wasn't a strange coincidence. Seeding them in a year early let us have the tools in the format to really play up the gold aspects of Ravnica without needing to fill the core set with all ten dual lands or forcing half of the color pairs to play with Gates as their second-best mana fixing. Beyond that, Innistrad also had several high-profile gold cards and off-color flashback cards that became much easier to cast with Return to Ravnica, as well as Ancient Grudge to make sure that if the Tempered Steel and other artifact decks got too out of hand, there would be some answers in Scars of Mirrodin/Innistrad Standard.

The Magic core sets have also really helped to let us better control the absolute power of Block strategies during Standard. They let us better have a handle on the cards entering and leaving the format, making sure there is enough to support decks that are entering so we don't have to overload the next block with enablers so the deck will work in Standard. This is where Farseek, Arbor Elf, Flinthoof Boar, and their like come in. For a good example from years past, we put Steel Overseer in Magic 2011 to make sure that the metalcraft decks would have something powerful already waiting for them in the format, but that it would rotate out in a year. We don't know exactly what the next year will look like when we design core sets, but putting a few footholds in lets us start with enough of a head start on strategies we know we want to encourage (like metalcraft in Scars of Mirrodin) that we can make them work and power them appropriately the year afterwards. The development schedule of core sets is also just late enough that we have some time to react to real-world strategies from the previous year and offer some safety valves for any cards we may have missed.

From a bird's eye perspective on the whole ecosystem of Magic, each new block promises a game experience that takes Magic in a slightly new direction, but that also gives you cards that can work with your existing collection. I do want to make it clear, though, that development's job isn't just to nuke everything interesting from orbit or to value the balance of Limited or Standard over everything else. We do also spend a lot of time trying to make sure the mechanics and promises that design hands us for a set are given the respect they deserve and a chance to succeed when they get to the player's hands. Ultimately, the purpose of a Magic set is to provide interesting cards that you want to play with, and we try to find ways to position the cards in a manner that makes them both fun and balanced. There is no perfect ratio for the equation, and there will be times we will always value one over the other for one reason or another.

As we reach the end of the Return to Ravnica block, we are looking closely at how things played out according to our predictions and how many things were discovered by the Magic-playing population that we missed. It's good that all of these things are discovered—if we were able to figure out everything about the set we worked on while creating it, it would never have been deep enough to keep the entire Magic-playing population as engaged as it does for nearly long enough. As with every block, there are things that have succeeded far more than we would've ever expected, and others that have not lived up to our expectations. Because of who we are, we are looking forward to iterating on the processes that we have put in place and figuring out ways to translate these results into making even better Magic sets in the future.