lthough it feels to me like we just started talking about Magic 2011 yesterday, we're getting close to Scars of Mirrodin previews. Next week is a theme week, and then we start talking about the new set. I'm not quite ready for that to happen; Magic 2011 is one of my babies, as I was part of both the design team and the development team, and I could say so much more about it. Unfortunately, I've only got this one article left. What follows is some disassociated thoughts about random cards in Magic 2011 that I'll share with you before I lose the chance to do so.

Magic 2011 designer Greg Marques was endlessly amused by this card and Jagwasp Swarm, often suggesting that we put Planar Chaos "timeshifted" borders on both of them.

I'm not sure any of us predicted that Serra Ascendant would become the star of a legitimate tournament Standard deck. In design, our goal was to make a card that decks built around gaining life could use to put a game away, which is something that such decks often struggle with. Games of Magic can get boring if they last too long, and decks packed with life gain can cause that to happen. I did not, however, expect that this card and Ajani's Pridemate would be enough to convince world-class players like Conley Woods and Tom Ross to play four Soul Wardens and four Essence Wardens at last weekend's U.S. Nationals. That's some powerful stuff, and I'm not sure that I could have asked for a better outcome for this card.

Sphinxes are strange creatures. Some Sphinxes are fairly straightforward, like Sphinx of Jwar Isle, Sphinx of Lost Truths, and Sphinx of Magosi. However, the flavor of sphinxes is that they ask you riddles, so in core sets we tend to go for mechanics that feel riddle-like. That resulted in Sphinx Ambassador and this card, which caused someone I played against at Nationals to repurpose a Dr. Horrible quote into "The conundrum is its text box." I rather enjoy the mind games that these Sphinxes create, but I wish they resulted in less confusing wordings.

I already wrote an article about the Titans in general. However, I still want to point out that this card is way better than you all thought when they were first revealed. How did I know that? As I said, I played with this card a lot in the Future Future League. A while back, I wrote an article called "What I Did Three Days Ago" in which I was mysterious about a "big ground creature" that I won a game with. That big ground creature was Frost Titan, which I enjoyed playing in white-blue tap-out control decks.

I find it rather delightful how much worse this effect is when you take it off of an efficient creature and put it onto an enchantment. This is also clearly worse than Phyrexian Arena in a mono-black deck. It was important to me that this card have only one

in its casting cost so that it could find its way into decks that were not as heavily black, which is the place where it really shines—it is surprisingly potent, for example, in decks packed to the brim with cheap red burn spells. I'm never quite sure how to feel when the most obvious use of a card is not very powerful in practice, but a less obvious use is stronger. It's important to do this sometimes, but doing it too much turns Magic into less of a fun game and more of an academic exercise.

Megrim is a famously loved Magic card. When the idea for the planeswalkers' signature spells came up, this effect was an obvious choice for Liliana, as her +1 ability is a discard spell. Just like with Serra Ascendant and Ajani's Pridemate, I did not expect that this would spawn a tournament deck, but it turns out that Liliana's Caress and Megrim combined with Burning Inquiry is pretty powerful, and that combination earned Guillaume Matignon a spot on this year's French National Team.

My only possible regret about this card is that it involves loss of life. Before planeswalkers were part of Magic, "lose life" effects were stronger than damage effects because damage prevention didn't stop them. Now, I suspect that the reverse is true, as planeswalkers often need to die and damage is what gets that done. I'm not sure what I'd do if I could go back in time and change it.

We have struggled to get these uncommon color-hosers right. Cryoclasm is more than strong enough, but is a total jerk, and Ignite Disorder is just kind of anemic. Combust, however, is quite pleasing. Baneslayer Angel is one of the cards that red decks just have to kill, and engineering a card to kill it gave us a hate card that I find quite satisfying. I also enjoy the bonus lines of text, as the symmetry between uncounterability and unpreventability is aesthetically pleasing and messes with both colors at once. Combust, finally, is an heir to this slot that I feel legitimately proud of.

Magic R&D often gets into big debates over little things. One example of such a thing is the clause on Incite that turns a creature red. I was in favor of this because I liked the flavor that it represented and I thought it gave the card, which was a very minor effect either way this debate went, something slightly more to do. Others thought it was silly, added extra complication for no gain, and wasn't worth it. I don't really expect that you care much about this card, but it is a perfect example of how every word on every Magic card is scrutinized. 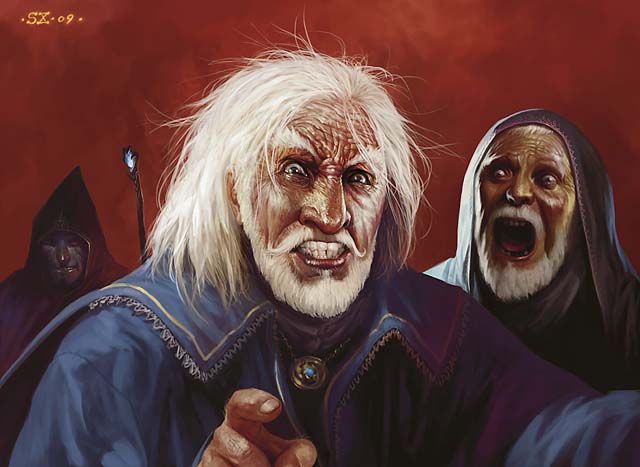 While we're here, I suggest you have a look at the fantastic art on this card. The guy in back is so scared! I also enjoy how the piece captures the moment just before the figure in the foreground lunges for your throat.

Much like Combust, I'm glad that we finally got this one right. As proud as I am of naming Mold Adder, it was not the card we were looking for. This card has a sort of Guttural Response feel to it, and although Guttural Response isn't a card I love to play, it is a card that appeals to many people. Happily, the bonus clause on Autumn's Veil is more than enough to get me to sideboard it in when I'm playing Limited, and I have seen several people running this in Constructed sideboards. I think that means we got the right card.

This is pretty much the best Tranquility ever. I can't say that we'll always have a super-efficient version of this effect, but Magic 2011 lead developer Erik Lauer thought it important to have a way to blow up lots of Leylines quickly in the case that some deck with a million Leylines became too annoying. Don't expect mass enchantment destruction of this level to be around forever, as this is the kind of thing that developers put in sets so that we can sleep at night.

One of Erik Lauer's specialties seems to be engineering cards to beat up certain decks. Although Great Sable Stag came a little bit after Faeries' prime last year, and Jund was on its way out by the time Obstinate Baloth came around, both of these cards do a great job of punishing the boogeyman from six months ago if that job still needs to be done. Magic is more fun when the environment doesn't stay too similar for long periods of time, and we're willing to use some pretty blunt tools to make sure that happens.

Speaking of making formats change over time, one tool that we recently gained that we have never had before is a yearly core set in which to seed cards for the next block. Scars of Mirrodin will (surprise!) have plenty of artifacts in it, many of which are creatures. If we didn't put any support cards for that strategy in previous sets, it would be tough to find enough strong cards to play an artifact deck when only 229 of the thousand or so cards in Standard are from a set with an artifact theme. This is why we seed cards like Vampire Nocturnus, Steel Overseer, and Hoarding Dragon in core sets.

Several people have asked me why this doesn't work the same way as Maze of Ith. Under our new model of core sets, we are no longer tied to the past. If Magic did something before that we think was worth doing, but we don't like how Magic did it before, we just do it right instead of propagate the mistake. In this case, there are two things wrong with Maze of Ith. One is that it doesn't make mana. We think that lands that don't make mana break expectations and are confusing, so we don't do that anymore. The other is that Maze of Ith just untaps the creature. When we thought about what happens when you get lost in a maze, we realized that you don't just say "I'm lost!" and then leave the maze tapped. A good maze means that you're stuck in it for a while, so we put a time delay in between being lost and coming out. 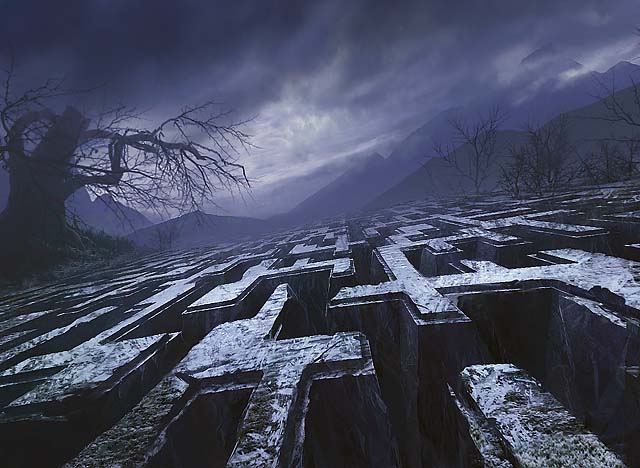 The past few weeks have brought in a cascade of positive feedback about Magic 2011. Standard looks fantastic, and several players have told me how much they like Magic 2011 Draft. I think it's the best core set we've ever made, and I'm glad that everyone out in the world is having fun with it. As you can see from these stories, we put tons of effort into the set, and it's great to see it pay off. As always, thanks for playing, and I'll see you next week.