we get to the preview, some quick facts on Coldsnap with regard to Organized Play: 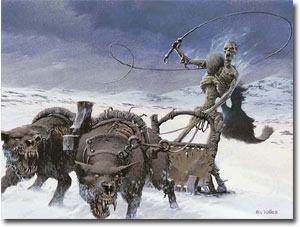 What about Snow-Covered Lands? 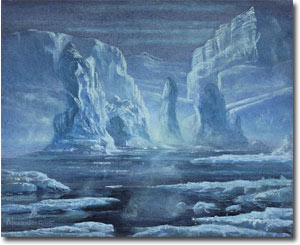 The five basic snow-covered lands that originally appeared in Ice Age are being reprinted in Coldsnap as common cards. Yes, that means that the same cards are in the first and third sets of a block, but the demands of having Coldsnap stand on its own in Limited and having snow-covered lands available in sufficient numbers for Constructed play trumped our desire to make the block feel “seamless” despite the decade-long gap between sets.

For Limited play, you won't be able to add snow-covered lands to your deck, but instead can play only with those in your card pool (in this way they are not unlike the artifact lands from Mirrodin). The set is constructed in such a way that these lands will have an impact on gameplay even in small numbers.

On to the new exciting stuff…

When we were designing Coldsnap, the team made a very conscious effort to hit on every standout theme in Ice Age and Alliances to give the set the necessary “retro” feel. Snow-covered? Check. Cumulative upkeep? Check. Allied color theme? Check. Pitch cards? Check. Old characters springing to life? Check. Land that doesn't tap for mana? Yeah, we ended up with one of those, too, somehow.

But there was one mechanic from the days of yore that we were unwilling to touch… that of “graveyard order matters.” 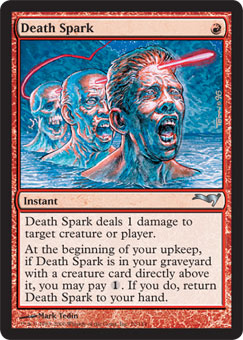 Death Spark and its ilk are some of the most memorable cards from the Ice Age / Alliances era, and I'm sure that most of us that worked on the set had some memory of interesting play decisions that came from playing with cards that made the order of your graveyard relevant somehow. There was always this interesting cat-and-mouse subgame wherein one player was trying to “trap” the other player's Death Spark beneath a noncreature card, denying access to the recursion for the rest of the game.

But Magic has long since drifted away from making players care about the order of their graveyards. The last card to care about graveyard order appeared in the Tempest block, and is no longer legal even in Extended. Most modern players aren't even aware that the official rules of the game require players to maintain graveyard order—it just doesn't matter these days and hence is never enforced. There's no way we could in good conscience ask players to suddenly have to start caring about graveyard order in tournament play (theme decks are another story).

Sadly, the design team's love affair with the past failed to provide development with any new interesting keywords for the set, so they (Randy Buehler, Devin Low, Mike Turian, and Zvi Mowshowitz) tasked themselves to come up with keywords that were new, yet maintained some distinct connection to stuff going on in the block's previous sets.

I present to you the “recover” mechanic: 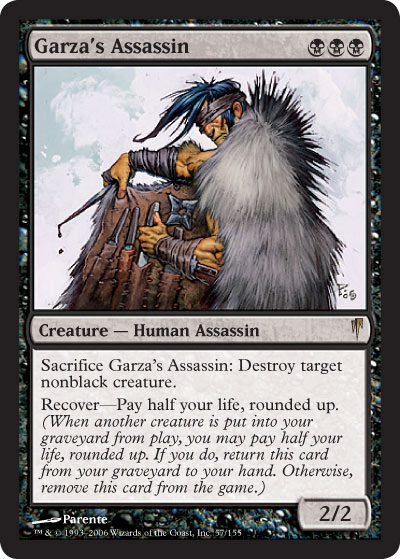 Garza's Assassin is a powerful card, which is why I'm pleased to preview it. Sadly, it isn't the best example of the typical execution of recover, which I'll try to explain. The Assassin is unique among recover cards for two reasons—he's the only creature (the rest are instants and sorceries), and he's the only one with an “alternate” recover cost (the others all require mana).

So the typical recover card plays in this way: You play it, it does its thing, and then it goes to the graveyard. Once there, it sits and waits for a creature to go to your graveyard from play, at which point the recover ability triggers. Once it triggers, you have to pay the recover cost right then and there to get it back into your hand, or it is removed from the game and you'll never get another chance to get it back.

That execution is really quite ingenious. It captures the feel of graveyard order mattering without requiring meticulous tracking, and it even allows for the cat-and-mouse games that Death Spark did—your opponent will most likely try to kill your creatures when you are unable to pay the recover cost, and you'll conversely be trying to get the card back as often as possible.

Now that you understand how the “typical” recover cards work, it's easy to see why Garza's Assassin is particularly nasty. Because there's no mana payment involved, you can never be “tapped out” with regard to the recover cost. As long as you have more than 1 life point at your disposal, the Assassin will be crawling out of your graveyard and into your hand repeatedly. Creatures go into your opponent's graveyard, and come out of yours… sounds like a great deal to me!

Interesting… Oracle is widely used, but not fully, not even among you, the Internet-savvy readers. This, my friends, is why errata is so distasteful in general.