elcome to (the end of) Fate Week!

Whenever I think of the word "fate," I cannot dissolve from my mind (for whatever reason) the sound of Watto's voice saying, "Eh? We'll let fate decide..."

In case you were wondering.

I am told our esteemed content manager chose "Fate Week" instead of "Fateful Hour Week" so it was easier for writers to come up with ways to write on-theme. To that I say: "Pssssssh." I want to talk about the development of the fateful hour mechanic, as well as the talented, handsome designer/developer who came up with it... 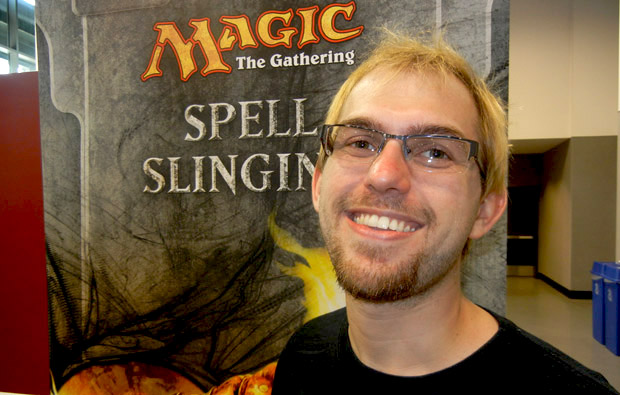 Mmhmm. I actually came up with the mechanic.

It's early Dark Ascension design. We know the monsters are winning. In fact, the monsters are smashing all kinds of face. In fact, the monsters are basically running rampant over all of Innistrad. They're besieging cities and ravaging fields and burninating peasants and doing everything in their power to make life miserable for those pesky plump meat-sacks with the weird soft skin. But we humans are a plucky bunch, and we're not going to let armies of blood-sucking undead dampen our resolve. We have kids to feed, dangit! We can't let evil sully our spiffy tri-fold hats!

In short, there was another part of the story to tell. We needed to convey the fact that Innistrad's humans were in a bad place. We needed to get across that their fates were uncertain. We needed, in a word, to show that they were desperate. 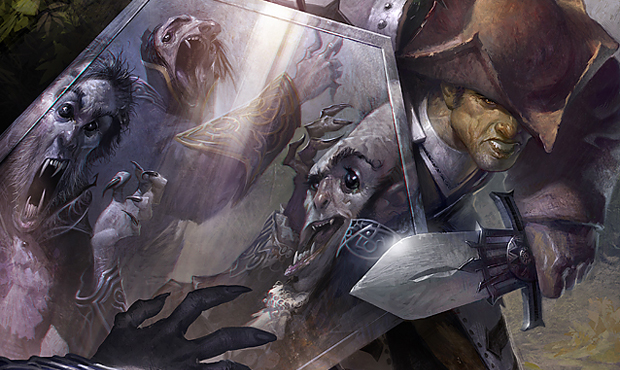 So Dark Ascension Lead Designer Mark Rosewater asked the team to submit a list of mechanics that would convey a sense of desperation.

Here was my initial pitch, a mechanic I called (very originally) "desperation:"

"Desperation—As long as you have 5 or less life, CARDNAME gets [X]"

My idea was that being desperate in Magic means you're very close to death. Magic has a very visible, very tangible way of conveying that: the life total. There's a precedent for cards that trigger at the "5 life" threshold—Convalescent Care, Second Chance, etc.—so my gut was that we'd be able to mine that space. At the same time, I was going for something a little deeper, too. See, the thing about human beings is that we don't usually go down without a fight. We like to rise to the occasion. Oftentimes, adversity brings out the best in people. So I wanted to create a mechanic that demonstrated, in essence, the human spirit—the weird ephemeral part of our psychology that always keeps a little extra in reserve for when the going gets rough.

The team liked the initial idea enough to try it out, so we designed a few cards and put them in the file. As you can see, it made it all the way through to the end.

Of course, the journey wasn't always that straightforward...

Originally, desperation was one of the defining mechanics of the "human" (i.e., primarily white, secondarily green) color pie. There were a bunch of guys in the file along these lines:

1W
Creature—Human Soldier
2/1
Desperation: As long as you have five or less life, CARDNAME gets +1/+1.

These cards are neat, and they do stuff kinda sorta. It turns out there were two big problems with them, though.

First, and most importantly: you're not directly in control of your life total most of the time. Sure, you can manage your blocks in combat such that you dip to 5, or you can play a card like Immolating Souleater that lets you drop low on a moment's notice. But most often, your opponent has got to be beating your face in to "turn on" these guys. That means the overwhelming majority of the time, the desperation mechanic put a bunch of words on cards that didn't do anything. Moreover, that's not that appealing: "Man, I sure can't wait to open a pack full of cards that are only good when I'm getting my butt kicked." We try to design mechanics such that they allow you to pursue some kind of strategy or build some kind of deck. With these cards, the pathing was very unclear. 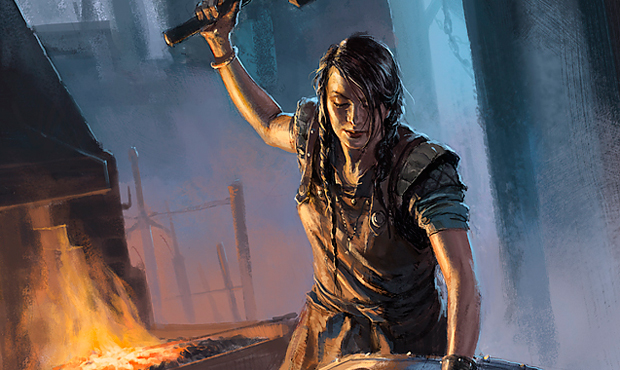 The second big issue was that it just didn't matter when "desperation" fired. This is because of two primary factors. For one thing, the second you win a game with (to take just one example) the "Desperate Giant Growth" I just showed you, your opponents are going to start playing around your desperation cards. So even if in some percentage of games you naturally drop to 5 life or below, that number is going to go down over time as people begin to play around the set's new cards. Additionally, a majority of the effects simply weren't dramatic enough to recoup your losses. If you're at 3, it's not going to suddenly turn the entire game around when your Krovikan Scoundrel becomes a Barony Vampire. "Yes!!!!!111 I FINALLY DID IT!!1111oneoneone" etc.

Fortunately, these two problems lent themselves to similar solutions.

I'm a big believer in the idea that Magic should be about stories. I think it's more fun to lose because my opponent did something awesome and powerful than it is because he successfully calculated the expected value of the cards revealed by Ponder relative to three draws off a randomized deck. I think it's more fun to win with a giant dragon than it is to garner value by casting Snapcaster Mage targeting Thought Scour. I'm not saying that one should exist to the exclusion of the other—clearly, we've printed both Snapcaster Mage and Thought Scour in the last two sets, so we believe these effects have a place in the game. But generally speaking, I want to create cards and mechanics that lend themselves, as much as possible, to stories. 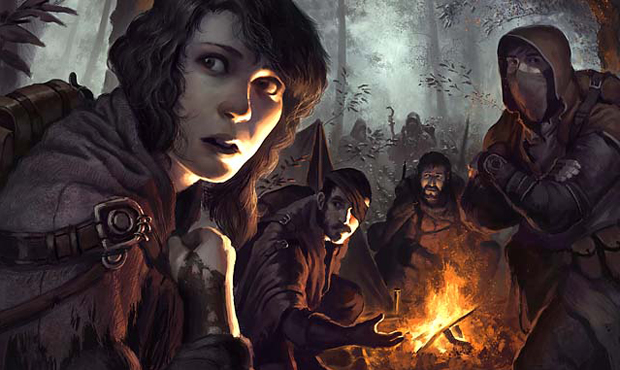 What does this have to do with the problems I mentioned earlier?

What development decided to do was to dramatically reduce the volume of desperation cards in the set, but dramatically increase their effects on the game. Rather than produce a marginal advantage, we wanted as many cards as possible to allow you to claw your way back from a difficult game. Rather than affect a single creature, they could boost your whole team, ensnare your opponent's army, or enable a decisive counterattack.

This solved a number of issues for us. As the frequency of the cards decreased, it became less important to play around the mechanic all the time. In turn, this allowed the effects to "fire" more often than they had been. It's still comparatively rare, to be sure—but when it happens, you usually remember. And as the scale of the effects increased, you found yourself winning far more games than you would have otherwise. You felt the turnaround. Five, after all, is a lot more Human Soldier tokens than two.

It also solved the "I'm helpless!" problem on a couple of axes. While it was still true you couldn't just drop to 5 life at will, the new desperation cards rewarded you far more than the old ones for crafting a game state where you fell to 5. This gives you far more opportunities to engineer a "clever" block or two and still be able to come back from behind. In fact—for certain cards like Thraben Doomsayer, Gather the Townsfolk, and Faith's Shield—it might just be worth it to start looking for ways to throw away some life points here and there.

Finally, this change allowed the cards to simply read cooler at face value. Even before you played a game with the cards, you could envision scenarios in your head where you just totally blew out an opponent because of one of these cards. That makes it feel even better when you're eventually able to make it happen in real life. And that—to tie it all together—creates a story.

The one question I do get asked the most about fateful hour is: Why 5 life specifically?

Even though we started out at 5, we tried some different numbers, too. Part of me kind of adores 1—play one way!—but I think the most legitimate contenders were 7 and 3.

On the surface, 7 sounds good. It's (roughly) a third of your life total, so it would have the added benefit of coming up far more frequently than 5. Moreover, it's much more difficult to kill someone in a single attack from 7, so "turning on" fateful hour would be much less risky than it is in its current form. 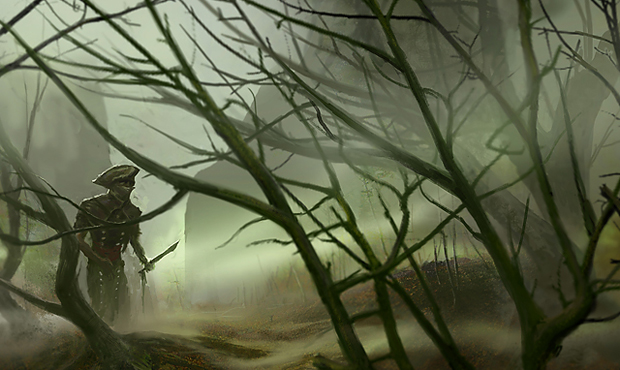 In the end, though, that exact attribute proved to be the problem. There's a big difference between 5 and 7, it turns out: when you're at 7, oftentimes you can just take an attack to the chest and hit your opponent right back. This meant the effects we could put on the cards just weren't all that awesome relative to how difficult it was to flip the switch.

In many ways, 3 life had the exact opposite problem. It's so hard to create effects that are worth the risk of putting yourself in Bump in the Night or Incinerate range. We talk a bunch about how variance is ultimately fun, but there's definitely a limit to that. Some amount of living dangerously leads people to, you know, "swim with sharks"—but you're still in a cage with some oxygen and a bunch of highly-trained people hovering all around you. That's kind of cool and exhilarating and ultimately harmless. People do things like skydive, after all. But I mean there's also the Evel Knievel, totally-nuts kind of living dangerously that would just stress out regular people or drive them crazy. We can only handle living on the edge when the risk of falling off that edge is small enough. At 3, it was just too hard to create effects worth the cost of just dying out of nowhere all of a sudden.