ast week, we announced a few changes to some of our formats. Legacy had one banning and two unbannings, Extended changed entirely, and Vintage didn't change even though by some chains of logic indicated that it should have. Today I'll spend a few words on each of these topics.

Begin at the Beginning

Aaron Forsythe announced the format that we now call Legacy in the September 2004 B&R List Update. In that update, he discussed how the newly-separated Legacy banned list had been created. The part of that discussion that is relevant to us today is the following:

What's Not On There

The second-tier tutors: Vampiric Tutor, Demonic Tutor, and Demonic Consultation may be banned, but Mystical Tutor and Enlightened Tutor are both legal. 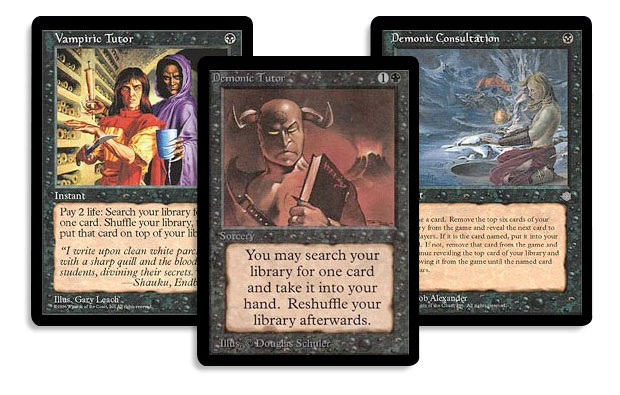 The belief behind this is that high-quality tutors in a format that includes almost all of Magic's many cards is likely to create consistent and powerful combination decks. We think that this is a reasonable thing to believe. However, the secret claim here is that Mystical Tutor is a "second-tier" tutor. Let's examine that claim.

Let's go back in time to Grand Prix–Columbus in 2007. The story of this tournament was the card Flash, which at the time newly reflected its printed wording in a way that combined very powerfully with Protean Hulk. Three Flash decks made the Top 8; one played zero Mystical Tutors, one played two Mystical Tutors, and the last one played four Mystical Tutors. Can you guess which deck won?

That's right, the one with four Mystical Tutorss. Having played in that Grand Prix myself, I can also report that there was no shortage of Flash players who did not make the Top 8, and many of them had also adopted Mystical Tutor as one of their tutors of choice. Somehow I did not play Flash at that tournament, and a Mystical Tutor often heralded my impending demise. 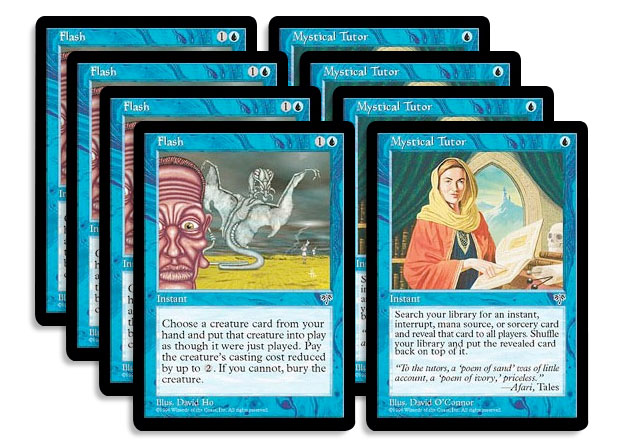 It's easy to say that the bigger problem here is Flash, and I would agree with you. The people behind the Legacy banned list also agreed with you, as they banned Flash after this tournament. I think that we also learned something about Mystical Tutor here, though, as it was an important part of what made the Flash deck so consistent across the entire tournament.

Let's flash forward to Grand Prix–Madrid earlier this year. Three of the Top 8 decks were Mystical Tutor-based decks: one Reanimator and two Ad Nauseam Tendrils. Each of those decks defeated a non-Mystical Tutor deck in the quarterfinals, and two of those three decks faced off in the finals. 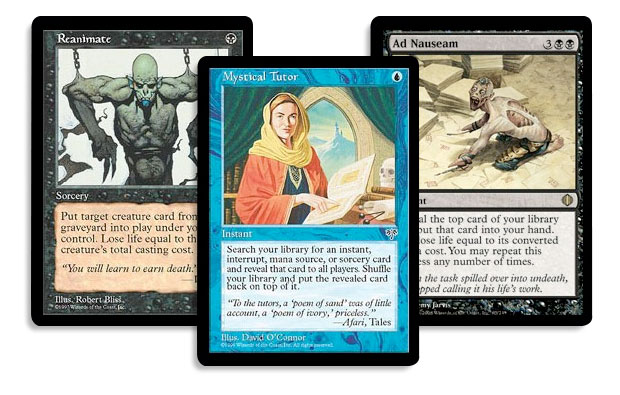 When we saw the Grand Prix–Madrid finals decks, a few of us got worried, jumped onto Magic Online, and started playing some Legacy with them. We were terrified by what we found. Although we were playing in the tournament practice room, which is hardly the same thing as a real tournament environment, we weren't losing very many matches with either Reanimator or Ad Nauseam. In my case, I don't recall losing any matches with either deck outside of a misclick while I was still learning the Ad Nauseam deck. The decks were just so strong that opponents not set up in their maindecks or that didn't sideboard heavily against us couldn't compete. 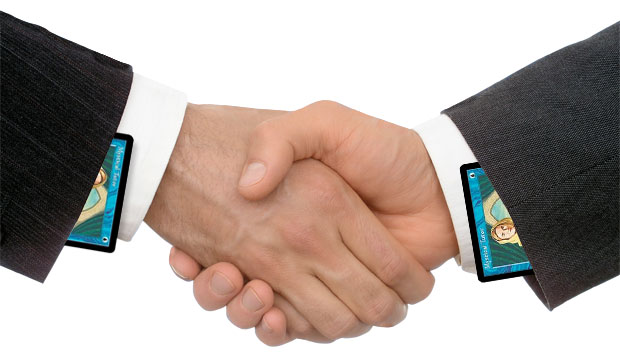 Our research took another turn, however, when we investigated how Legacy is played in the real world. We discovered something rather interesting, and that is that Mystical Tutor decks were quite rare at Legacy tournaments that did not have tons of money on the line. At Grand Prix and other cash tournaments, people were happy to bust out their Mystical Tutorss. However, in the comfort of their home stores they seemed to prefer doing other things that were more fun, if perhaps less powerful. This struck me as being a sort of gentleman's agreement; everyone knew what sick decks were out there, but they chose not to play them.

Having played with the Mystical Tutor decks, we knew what the alternative was. In order to stop a Mystical Tutor deck, people needed to either play decks full of things like Stifle, Daze, and Force of Will, or sideboard heavily into graveyard hate and cards like Mindbreak Trap. For Reanimator, that wasn't even a big deal sometimes, as it could sideboard Pithing Needles; and Ad Nauseam Tendrils could go through Mindbreak Trap and Force of Will fairly easily with a few well-placed Duresses or Thoughtseizes. After sideboarding, the games were all about the hate cards, which struck us as being a little unhealthy. Worse, Mystical Tutor often allowed these decks to heap resiliency on the hate at very little cost by adding only a single card like Show and Tell or Wipe Away—and they could Mystical Tutor for them.

The fascinating thing about the aforementioned agreement is that it seemed that the people who were part of the gentleman's agreement were having more fun than the people who weren't. Whether or not they were aware that there was anything special going on, they were experiencing a better variety of decks and a higher quantity of recognizable baseline Magic gameplay—even though they were still playing with nearly every Magic card that has been printed. We saw the world they had made, and we liked it. We liked it so much more than the competitive world that had Mystical Tutor decks that we decided to give that happier world to everyone.

Upon the announcement of Mystical Tutor's banning, many players asked if unbanning Entomb was a mistake and why we didn't just reban it. This is a fine question, but that isn't quite what's going on. In fact, we don't think that unbanning Entomb was a mistake at all. We think it's cool that Reanimator is a deck. What we don't think is cool is to have an enigmatic-looking hooded woman holding a book and trying to look innocuous while she boosts the power of every spell-based combination deck that ever shows up in the format. We'd rather have all of those spell-based combination decks around, but without powerful tutoring that pushes them over the top. 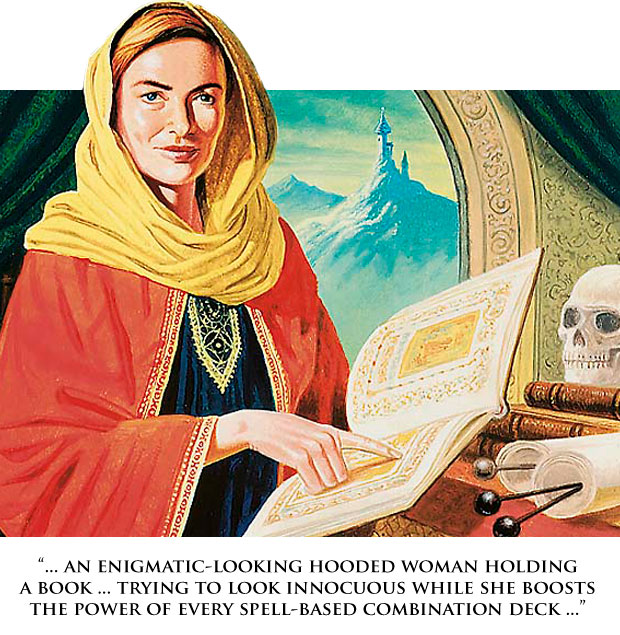 We expect that neither Ad Nauseam Tendrils nor Reanimator will die entirely as decks. We do expect that they will be less powerful now, and that the format as a whole will be closer to the one that players who are part of "the gentleman's agreement" have voted for with their deck choices.

At the same time that we banned Mystical Tutor, we also unbanned two cards. Let's talk about that for a moment.

Illusionary Mask is one of those goofball cards that for years had a strange Oracle wording. It now has a wording that we believe represents the intent of its printed wording and is reasonable in play, so it's back now. The obvious card to combine it with is Phyrexian Dreadnought, but perhaps there are other goodies out there to be found. 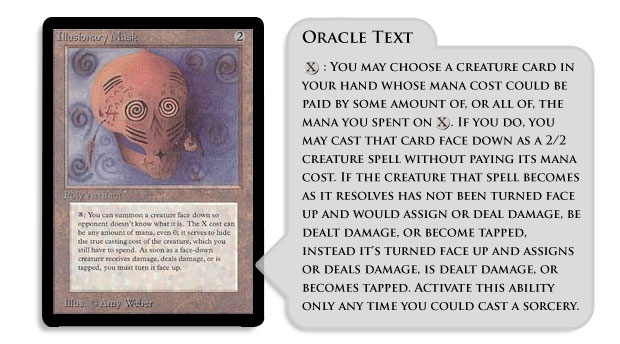 Last September, we unbanned Metalworker with the hope that it might enable big mana artifact decks. We unbanned only Metalworker in this effort because it's hard to predict what historically powerful Magic cards will do to a format as big as Legacy. Now that we've seen Metalworker not quite succeed in enabling artifact decks, we've gone a step further. We're excited to see what sorts of "mono-brown" decks can be built with Grim Monolith.

I would like to call your attention to a card in the Magic 2011 Visual Spoiler. 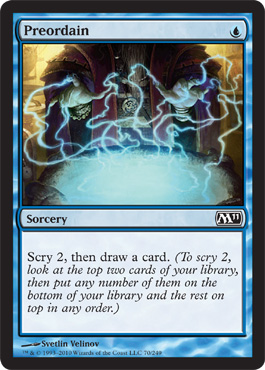 In June of 2008, Ponder and Brainstorm were added to the Vintage restricted list. The short version of the reasoning is that the differences between the various blue Vintage decks had become very tiny; once they put four Force of Wills, four Ponders, four Brainstorms, all the best restricted cards, and some mana in their decks, there just wasn't a lot of room for anything else. I laid this out in more detail in this article). By that same logic, Preordain should be restricted as well, but we didn't do that. What gives? 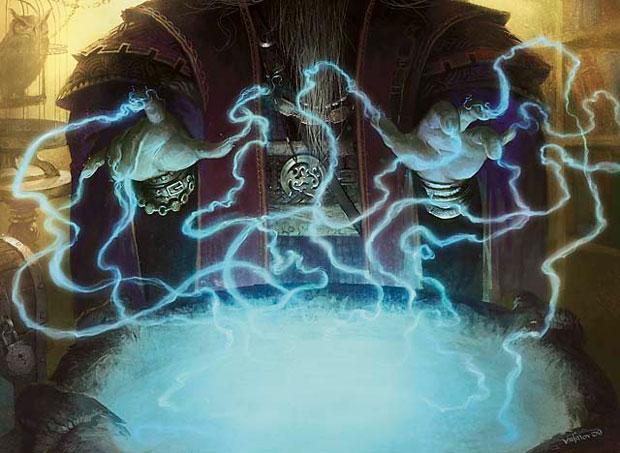 When we announced that Ponder and Brainstorm were to be restricted, there was a significant outcry from Vintage players who didn't agree with the reasoning behind the change. We had seen enough data at that point to be confident in making the decision, but it's been a while since four of a strong one mana cantrip has been legal, so things might be different now. Rather than shoot first and ask questions later, we're going to see what Preordain does in Vintage before we do anything. I won't promise that nothing will ever happen to it, but for now we'll all get to find out together what Preordain does in Vintage.

I have very little to add to what we've already said about the change to Extended. Our goal when we create formats is to help people find players to play against. When a format is not played outside of Pro Tour Qualifier seasons, it isn't doing that job. The previous version of Extended had exactly this problem, so we came up with something that was different from Standard but that we thought people might actually want to play on their own. If you desire more explanation than this, I encourage you to read (or re-read) Brian David-Marshall's column from last week, which addresses the reasoning behind this format change in more detail.