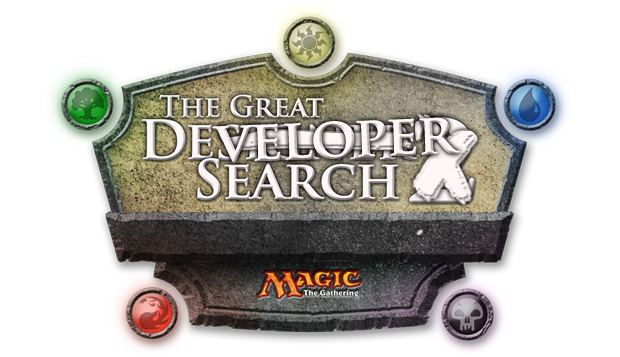 Today's article is a reaction to those questions. Despite the title, though, I don't have a contest to announce today. There is no contest, there has never been a contest, and there are no plans to have a contest. Also, the contest has already been running for years and several people have already won it. I'm one of them.

Before we go on, let me express that all opinions in this article are my own. I do not guarantee that if you follow my advice, you will get a job here. Everything here comes from my own experience. However, I'm a Magic developer, and I spent a while before that not being a Magic developer. I've done this before, and maybe I can help you.

Wizards of the Coast is a company. Companies are nothing more than collections of people who work together to make things. The quality of the products that Wizards makes depends directly on how awesome the people who work there are, and therefore we are always on the lookout for awesome people to bring in. Companies, of course, aren't always ready to hire more people. Budgets must be agreed upon and approved, but once a position is opened, someone is going to get hired, and everyone involved in the process will fight to get the most awesome person we know of for the slot.

Your task, should you choose to accept it, is to be that most awesome person we find. The first piece of this puzzle is to make sure that we find you. Here are some good ways to do that.

Not everyone can do this, nor does everyone need to do this. I didn't, for example, and Zac Hill had already been chosen as an intern before he Top 8ed the most recent Pro Tour–Honolulu. However, if this path works for you, great!

One of the biggest changes to Magic outside of the cards in the past few years is the explosion of secondary Magic sites. For years, there would be only one major Magic site at a time; now, when Mark Rosewater lists the major Magic sites during Feedback Week, he gets all the way to eight sites before stopping, and there are still more that he could have listed. The barriers to writing about Magic are lower than ever. You may not be able to write for one of the top sites immediately, but you should be able to find a site that will publish you. Alternatively, you can just start a blog and publish yourself.

You won't succeed as a writer unless you provide value to your audience. Assuming you are doing that, though, there are a few things you can do to help get you noticed. It will help us if your articles give us a sense of who you are as a person. You'll want to demonstrate without a doubt that you care a lot about Magic, and you're not just writing for the money. Finally, you'll want to take any opportunities you can to convey through your writing what value you might provide to us. All three of these things will help put you on our radar. 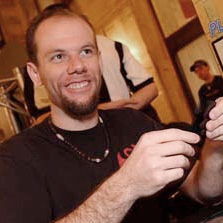 Another way to catch our attention is to actually make published games. We pay close attention to other products that are close to Magic, and making something in the same space as Magic that sells well is a great way to tell us about who you are and what you can do. We'll learn about your aesthetic sensibilities from what you make, and we'll also be able to trust that you're already familiar with the realities of game publishing life. The most recent addition to the Magic development team is Dave Humpherys, who is a good example of this path. He had extensive experience publishing trading card games before coming to Magic. Although he happens to be a member of the Magic Pro Tour Hall of Fame, that's not the reason that Wizards chose to approach him directly.

Getting us to know you is a good start, but that's not everything. You also need to be the right person to hire. Here are some ways you can do that.

Be Good at Magic

There are thousands upon thousands of Magic players out in the real world who work together through the Internet to solve the mysteries held within every Magic set. There are at most a few dozen people who do the same for each set internally. This means that we each have to be pretty good at Magic to do an effective job. If you don't have extensive experience playing Magic with an eye to improvement, you may not be able to help us much once you get inside Wizards. 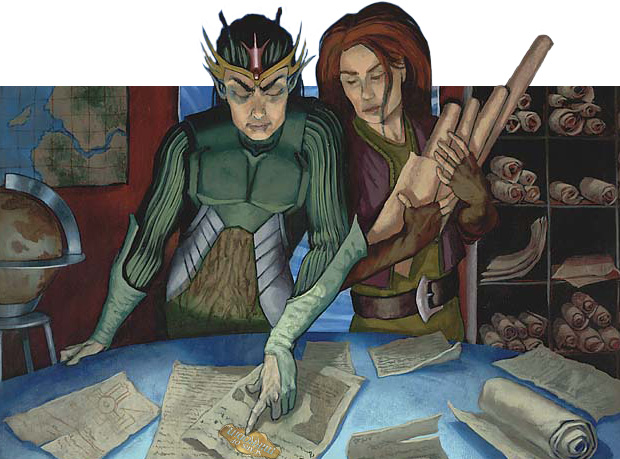 If you've never even come close to winning a Pro Tour, don't fret. While a Pro Tour Top 8 on your resume pretty much ensures that you've got the chops we need, it isn't necessary. I, for example, don't have one. I've played in four Pro Tours, with a combined match record of 11-23. I have one Grand Prix Top 8 and one Grand Prix Top 16. I've won five Pro Tour Qualifiers. I've spent several months as one of the Top 100 Constructed players in the world by rating. This doesn't make me a Pro Tour standout, but it does put me in something like the top .1 percent of tournament Magic players. That's still more than enough to make me useful. I'd be suspicious if you came to us wanting to be a developer before you had won even a single Pro Tour Qualifier, but don't think you need to win a Pro Tour to satisfy this criteria.

As always, there are other angles you can take. Maybe you're the sickest shark in your multiplayer group. Maybe you're the amazing deck designer secretly behind tons of Pro Tour finishes. If that's what you've got going on, make sure to tell us, so we know what we're dealing with.

Be Good at Maximizing Within Rule Systems

Independent of being good at actually playing Magic, you need to be good at looking at a mechanical system and getting more out of the rules than most people can. In many ways, playing Magic inside Wizards is harder than it is in the real world. There is no flood of tournament deck lists to watch, so you have to figure everything out on your own. If you're good at playing games of Magic but aren't as good at building decks or drafting in unknown environments, then you might want to work on the latter two skills.

To test this skill, as part of my interview process, then-Head Developer Devin Low sent me cards that I later discovered were Mirrorweave, Savor the Moment, Puca's Mischief, and Spawnwrithe, giving me three days to build the best decks I could with four copies of each of those cards and whatever else I wanted from Time Spiral block, Lorwyn, Morningtide, and Tenth Edition. We test new goofy cards like these on a regular basis, and it's important to be able to get close to maximum value out of them quickly. 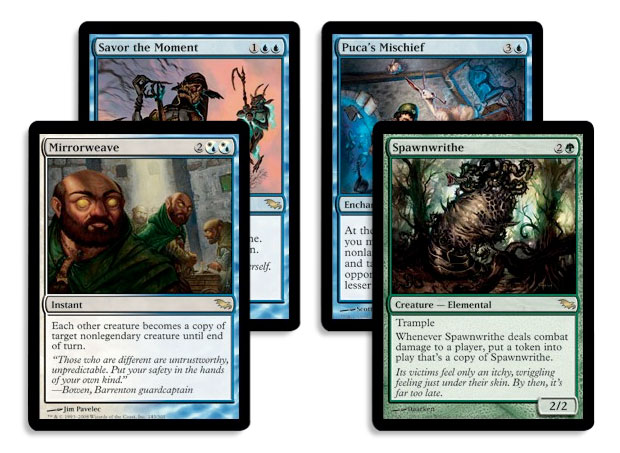 This maximization skill is one that you don't even need to have mastered in the context of Magic. For example, I spent this past weekend at a game convention playing roleplaying games. I play roleplaying games because I like telling good stories; however, I happen to be good at building mechanically powerful things in games, and it's hard to turn that skill off. Without paying attention, I made my character enough of a combat monster that I cut through several fights in a few rounds single-handedly. In one module, I killed the end boss without any help from the rest of the party. It was a little embarrassing. If this sounds like a familiar experience, you probably have the skill I'm talking about.

It may take some selling on your part to convince us that you have it too. Maybe you're in the top one percent of Starcraft 2 players. Maybe you never lose at Civilization V. Maybe you're good at making disgustingly broken Dungeons and Dragons characters. You'll need to be good at maximizing something, and you'll need to apply it to Magic, but as long as we see that you can do it, then that should be enough.

Be Good at Figuring Out What Is Fun

Although a high baseline of skill at games is important for development work, the real work itself is changing games and cards to make them more fun. We play a lot to gain knowledge about what we're working on, but then we use that knowledge to make changes for the better. Translating playing into correct changes is one of the most important skills, and you'll need to have it.

This skill applies especially to detail tuning for top-level Magic players. We're proud that Magic is still fun when played at the highest level for thousands of dollars, but making that true is a nontrivial task. Effectively, developers get to choose what strategies and cards are the strongest, and it's our job to make sure that the resulting landscape is fun for even the strongest players. There needs to be plenty of different viable strategies, and those strategies can't be boring or annoying. An environment doesn't usually start that way, though, and you'll need to be able to help us get it there.

If you get to an interview with us, we'll probably ask you specific questions relating to this about Magic. How would you change Scars of Mirrodin to make it more fun to draft? What's the best Standard environment in history, and why? What single card in Standard would you delete from Magic forever if you had to pick one? You'll want good answers to these questions, as well as others. You might even make up some questions of your own to answer to practice. 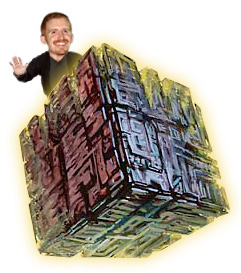 Before I go, I'll tell you the story of how I got a job. In the summer of 2006, I built a cube and began refining it endlessly. In the summer of 2007, I launched playmagicwith.tomlapille.com. In November of 2007, I started writing for StarCityGames.com. In December of 2008, I interviewed Aaron Forsythe about the cube used at the Magic Invitational that year, then emailed him asking if there was an internship available. This sparked an interview process that culminated in a six-month contract position. This extended to nine months, then I was hired full-time at the beginning of April in 2009.

The Great Developer Search has been running for years. Whether you're joining us now or have been playing for a while, I wish you the best of fortune.