Journey into the Mailbag

s you all get ready for the Journey into Nyx Prerelease, I wanted to take a week and answer a few questions that my twitter followers had about Journey into Nyx, and Magic Development as a whole:

@samstod How do you decide how accessible mana is? Why a 2 mana mana-dork instead of old elvish mystic?

As a whole, we are slowly moving away from having too many one-mana accelerators at a time in Standard. Part of balancing the game and the colors is deciding on how their curve is set up, and when green is balanced in a world where we assume that all of its three-drop creatures hit the board on turn two, it makes it hard to not play decks with a ton of one-drop accelerators. Even when you do, the disparity in how a green deck plays out when it draws its one-drop and it doesn't die versus the games where it does die makes the green deck less robust as a whole. If less of green's power is in its one-drop accelerators, we can put it in other places and make green's curve a little more interesting.

Basically, we haven't seen the end of the one-mana accelerator in Standard, but you will probably not see a Standard that looked like Innistrad-Magic 2014 Standard, with three different one-drop possibilities.

@samstod Minotaur tribal was clearly pushed with all the lords. Why are there so few cheap ones to support them?

A lot of this comes down to a creative constraint on how large a Minotaur should be—with a lot of pressure to keep them with at least 5 combined power and toughness. As BNG and JOU came out, development managed to get a few cheaper Minotaurs through, but the creative on Minotaurs makes it very hard to justify one-drops. Looking back on it, this is certainly one of the things that, as a whole, we could've done better in attempting to find more ways to fill out the curve for a Minotaur deck, but there is honestly only so much time we have when working on a set (especially before the art begins getting commissioned), and this is one of the things that fell by the wayside. 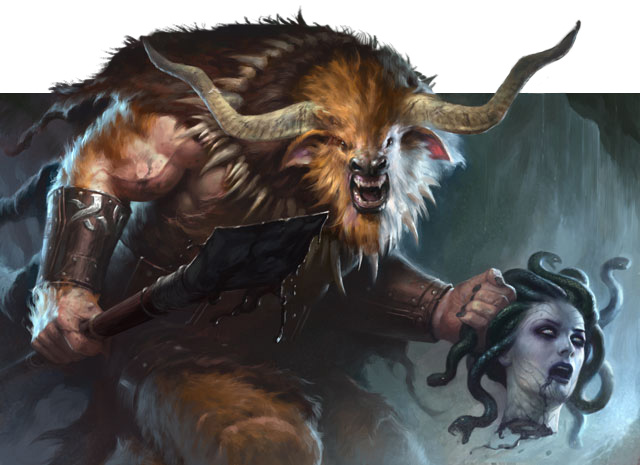 @samstod What did you want to do with constellation but couldn't for power reasons? Why no Serum Visions/other 1cmc u cantrip?

For the first part—quite a lot. Constellation is a tricky ability in that it only appears on enchantments that trigger themselves, so we had to be careful in getting the deck into a range where we would be happy with it. It is a similar problem that affinity had, where the artifact cards with affinity made your other affinity spells cheaper. Having a lot of one- and two-drop constellation creatures would naturally lead to them having incredibly marginal effects that were terribly unsatisfying because of how many times these would naturally trigger throughout a game. We decided that, by making the majority of the powerful effects happen on more expensive (four-drop+) creatures, we could allow for a constellation deck that needed cards other than constellation cards to trigger their abilities. They can still use cards like Mana Bloom and Sphere of Safety to draw cards off of Eidolon of Blossoms, but they have some vulnerability if you deal with their Constellation creatures.

In terms of the 1-CMC U cantrip, we didn't want to create a new one (as that could cause problems in Modern), but also felt like we didn't need one for Standard—so we left it out.

@samstod How do you feel about "strictly better" cards within a block (i.e. Yoked Ox vs. Lagonna-Band Trailblazer)?

It's not great, and was actually a large point of contention internally. The thing is, we like to have a few vanilla creatures per set (at least one per color), which means that preventing ourselves from ever doing that is going to cause problems. If we had to make every white two-drop in the block something worse than Traveling Philosophers, we are tying our hands in terms of what the vanillas can end up being in the first set.

Ultimately, as the block progresses, we make the cards we need to make for both Limited and Constructed. We felt that Lagonna-Band Trailblazer was the right card for its slot, and a 0/3 with heroic wasn't.

@samstod What metrics do you follow/tools do you use to balance variance in Limited? Constructed? Overall thoughts on variance level?

We don't have specific metrics, although we do a lot to attempt to power-balance Limited so the most powerful cards appear at higher rarities, to create more variance. Cards like Shivan Dragon and Enlarge are classic examples of bombs that do healthy things to Limited games and make them about other things than just a series of two-for-one trades to determine the victor.

For Constructed, our goal is to attempt to make sure there are enough decks of different archetypes available that the environment can constantly shift, and that everyone can find something they are good at. Within that, we want there to be a mix of decks that are high-variance, high-reward (think the Naya Blitz deck from last year), as well as decks that are very low-variance (generally, control decks), as well as everything in between. If people want to sign up for a high-variance or a low-variance deck, they can.

I think the overall variance levels in Magic are about what we want them to be. There is enough variance that the less-experienced player doesn't lose every time, but not so much that top-level events feel like they are random. If you look at the Top 8s of our Pro Tours and Grand Prix, they tend to have a healthy mix of pros and possible up-and-comers alike. Watching Reid Duke, William Jensen, and Owen Turtenwald as a group Top 8 just about every North American Grand Prix I think shows that if you are willing to put the effort in, you can succeed regularly.

@samstod is ur amount of work reduced if design do a good job, compared to leaving u large gaps to fill?

The problem is rarely with gaps to fill, it's more about design handing over a set with good mechanics and appealing rares—two of the hardest things for development to create. The vast majority of the commons and uncommons end up moving around a lot to fit Limited play, so as long as design has a pretty good skeleton for them (and the mechanics are good), then it is pretty easy for development to fill things in.

Mechanics are the hardest for development because of time—we only have a few weeks to start locking in art, and if we are afraid that one of the mechanics won't make it, we need to push those cards to a later wave. It also heavily impacts Limited testing, which is the vast majority of our testing. Luckily, the "devign" period between design and development is usually very good at identifying mechanics that we have a problem with, and making sure the design team can come up with good solutions before the set's development begins in earnest.

In terms of rares, development often focuses more on cards that play well and fill roles rather than being independently cool, so getting cards from design that are very cool that we can appropriately cost and tweak is a godsend. Otherwise, the set will be full of cards that do what they are supposed to do in the metagame, but might not have as strong flavor.

@samstod @maro254 had said that cards like Eohara's Warden were made in THS to allow for more battleship-like Heroic Strategies in (cont.)

@samstod @maro254 had said that cards like Eohara's Warden were made in THS to allow for more battleship-like Heroic Strategies in (cont.)

@samstod draft/sealed, but Akroan Mastiff goes against this policy with an unconditional answer to them. What was the reason for this?

While we definitely intended to keep that true through triple-Theros, we were willing to move away from that by Journey into Nyx to allow for some change of pace in game play. The concept behind Theros was very much "Load up a guy, create Voltron," but there is only so much depth there. We wanted the game play over the course of the block to evolve into something other than just getting new cards to Voltron with or onto, so we put cards like Akroan Mastiff into the set so they would punish people who were trying to just go big, and allow for a wider range of strategies to exist by the end of the block.

That's it for this week's questions. If you have any questions you'd like to see in a future mail bag, send them to me at the email link below.