remember distinctly that I was defeated in my election for 8th-grade class president by a guy named Jordan whose slogan was "Lordy, Lordy, Vote for Jordy."

That is not what I intend to write about for Lord Week.

But I am still kind of bitter.

Today I want to talk about a different kind of lord, which is a term R&D applies broadly to any creature that gives other creatures of a certain type some kind of ability. Dark Ascension features four of these—Diregraf Captain, Drogskol Captain, Stromkirk Captain, and Immerwolf—and we usually print some variant of these every year or so. Historically, they've been some of our most popular cards, and almost any time we debut a new race or class, we try to give them a lord to work with. The question I want to answer is: "Why?"

The Magic: The Gathering card Merfolk of the Pearl Trident, a 1/1 creature with no abilities whatsoever, has come a single match win away from winning a World Championship. 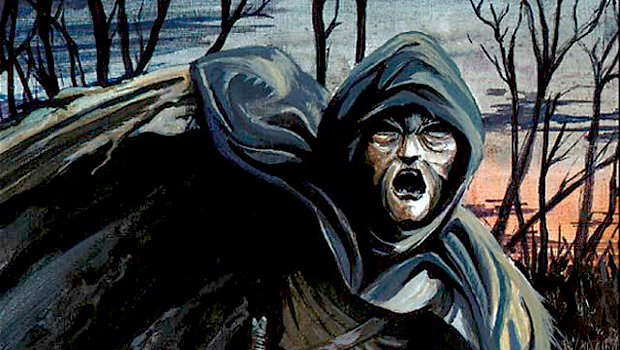 Mark Rosewater talked earlier in the week about how Richard Garfield included the original lords in Limited Edition (Alpha) to make vanilla creatures more interesting. It's not accidental that the creatures buffed by Zombie Master, Lord of Atlantis, and Goblin King were some of the most straightforward in the game. 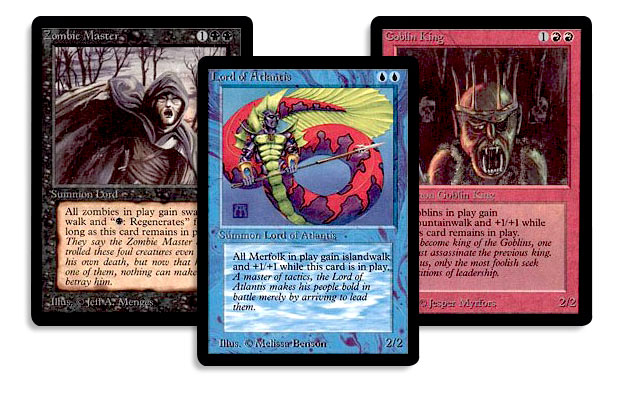 That's exceedingly good game design—and its effect only becomes more magnified now that Magic has been around for almost twenty years. One of the great attributes of a trading card game is that it trends toward emergent complexity. You want, in an ideal world, for each of your individual cards to be relatively simple, but the interactions between them to be nuanced and intricate and robust. What that means is that every time you print a lord, you suddenly render every other creature of that type a little bit more interesting. All of a sudden, huge swaths of previously-uninspiring cards are worth considering. Not every Merfolk of the Pearl Trident is going to become a powerhouse, of course, but it's amazing how many cards become reasonable when they're just a little bit bigger.

It's not just the size boost that's important, either. Most of the lords we print nowadays grant some kind of ability to the creatures they're pumping. Oftentimes, these abilities radically improve cards that would have otherwise sneaked under the radar. A key interaction of Jon Finkel's recent Pro Tour Dark Ascension deck White-Blue Spirit, for example, was to use Drogskol Captain to give Dungeon Geists hexproof. A temporary lockdown effect becomes a lot more powerful when you can't remove the creature that's locking you down!

In essence, it's fun to get to play with your cards. Lords enable that by allowing you to look with a straight face at a whole lot of cards that just don't make the grade without them.

I've Been Working On The Railroad

One of the most frustrating feelings in Magic, in my opinion, is looking at a brand-new card set and just having no idea where to start. The cards seem powerful, there seem to be some cool decks buried deep inside somewhere, but it's just so challenging figuring out how to make sense out of all the options that are available. A large set, for example, contains 229 cards plus 20 basic lands. A small set is right at 145. This means that even when Standard is at its smallest you have more than seven hundred cards to work with. At its largest—depending on how many large sets are in the environment—it can be more than twice that size. Of those cards, you might select twenty of them for a Constructed deck, since you want to have multiple copies of your coolest effects to ensure they come up more often.

What that means is that the act of deck building is mostly an act of exclusion. Every card you choose to include is also, by necessity, a choice to exclude numerous other cards.

That decision is daunting. Oftentimes, I've found myself giving up, sort of unsure whether an idea I have is any good or not, and not wanting to go through the effort of acquiring the cards for an entire deck when I don't really know whether or not that deck even works!

Lords help alleviate this problem along multiple axes. For one thing, they provide direction. When you see a guy that says, "I'll give you a reward if you play a lot of Elves!" you naturally say, "Oh, cool, let me go look and see if I have any sweet Elves." It's also relatively straightforward to evaluate; you can tell pretty quickly if the "Play a lord and a lot of creatures of that type" deck is going to cut the mustard or not. So a lord helps the set it's in by providing a number of ready archetypes for players to try.

It also addresses the problem on the opposite end. If we put a cool Squirrel lord in Magic 2022, it means that every Squirrel in Still/Had/These block (and no, that's not an official set codename... yet) now becomes at least superficially more appealing. It might or might not be the optimal strategy, but it's at least something to try. 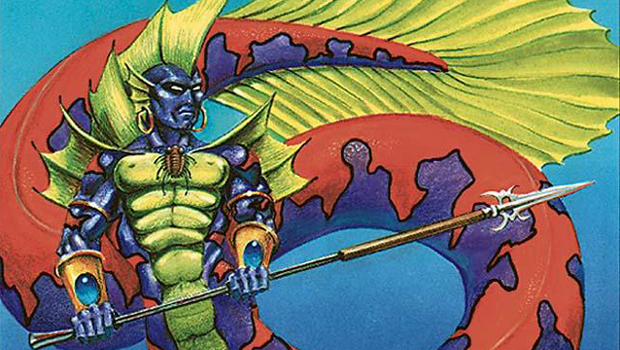 We refer to a straightforward pathing experience as "being on rails." It's bad, of course, if too much of a set puts you "on rails" as a player. Magic, after all, is about discovery, about pushing the boundaries of possibility. I don't want to make a set that builds everyone's deck for them, because that defeats the entire point of deck building. But I also don't want to make a set that basically says, "Well, here you go, figure it out!" I'm positive that players are going to build better, more interesting, more intricate decks than I've ever come up with in testing—but I also think it's responsible to give those players a place to start. I can't tell you how many games I've stopped playing after two or three minutes because I am just lost. That's never a good experience. By using lords to provide some rails, we allow that deck building experience to make a lot more sense right from the beginning.

Not-so-incidentally, this occurs on a less pronounced level in Limited as well. We usually try to design a format such that a lord will be a reasonable first-pick. That way, you might not know what the new set has to offer—after all, you might not have even seen all of the cards yet—but there's a good chance you can pick up the Vampire lord (for example) and a lot of other Vampires and end up with a pretty solid deck. In either case, it's comfortable to have some direction to make the format easier to digest.

So lords generate emergent complexity while simultaneously simplifying the act of deck construction. In other words, they do a lot of work for us. But perhaps the most compelling reason we keep printing lords has nothing to do with development principles like complexity or accessibility at all. 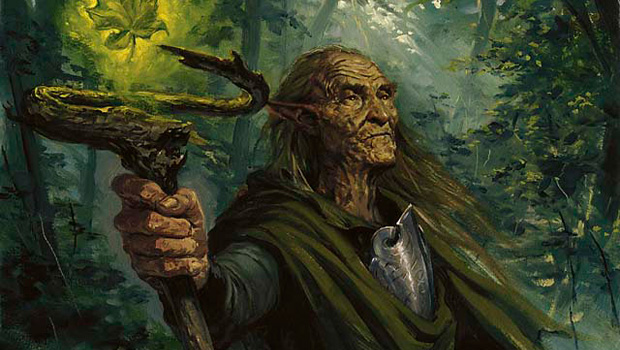 We don't talk about it a lot here at DailyMTG.com—because, after all, it's kind of self-evident—but one of development's most important jobs is to continually create cool Magic cards that people are proud to own. You can use whatever metric you want to measure that, but the reality is it's kind of hard to quantify.

What we do know, though, is that over the years a lot of people have built a lot of tribal decks: Zombies, Elves, Goblins, Merfolk, Warriors, Shamans, Wizards—heck, even Archers! That's why, particularly in Core Sets, we try to give those existing decks new cards that will fit right in. A classic example of this was Elvish Archdruid. If both Elvish Champion and Priest of Titania were popular, what if we combined them? Fortunately for us, he's been very well-received.

Moreover, because of all that history we have a pretty good idea what it takes to make a lord people want to play in their pet decks. That's important, too—we don't want to make a Goblin lord, for example, that's just worse than all your other options. I know several people who have had some variant of their Elf deck or Zombie deck built since all the way back in Onslaught. From our perspective, we're glad they've stuck around that long, and we want to make sure we keep making cards they're happy to play with today.

Lords, in other words, provide a kind of consistency that transcends whatever deck happens to be popular in Standard at a given moment. They're timeless, in a way. And for a game that has as much history as Magic, it's a good idea for us to acknowledge and reward that.

Lords create robustness. Lords provide rails. And lords serve as rewards. They fulfill the needs of new and veteran players alike, and do some valuable work in both Constructed and Limited environments. Most importantly, by all accounts, you guys seem to like them. That said, we're always looking to push the envelope on these guys. What are some of your favorite lords we've printed? Which creature types deserve a little bit more love? What space would you like to see explored for lords that we haven't really done a lot with so far? Let us know either by clicking the link on the bottom of the page, or by grabbing a hold of me on Twitter (@zdch).

Join me next week, when (hopefully) I'll be right on target when it comes to the subject of card-drawing.