ight now, I'm in my room at the Embassy Suites St. Charles sleeving a bunch of Standard decks in preparation for "spellslinging" at the World Magic Cup Qualifiers. I've spent the day reading Chuck Klosterman and Junot Diaz and have no idea really why declaring my choice of reading material would convey anything meaningful to anyone. It's cloudy outside. It's cool inside. Through my window I see billboards for Cracker Barrel and Cundiff Furniture and a crane that doesn't appear to be constructing anything. I ate dinner at that Cracker Barrel without an ounce of shame. The cornbread was divine. The sweet tea was very surely mortal. I miss the Midwest. My arteries don't. 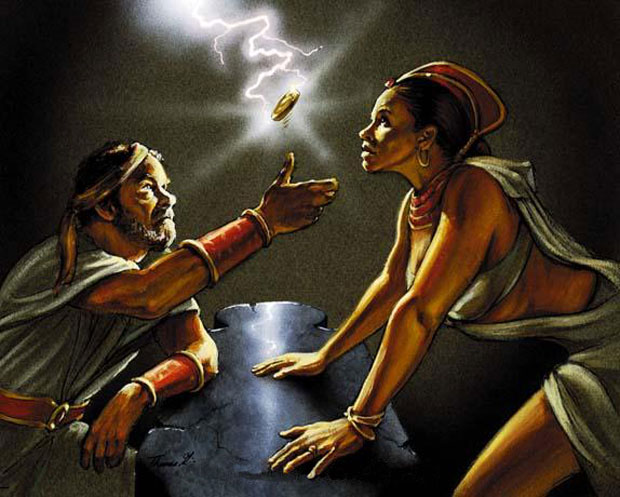 Spellslinging basically involves the following: a member of R&D flies out to a major event (usually a Grand Prix or one of the larger independent tournament circuits) with a bunch of different decks in tow. You sit down to play them free of charge, and if you win, you get a pack. If you lose? No cost to you, and you can get back in line and try to win again.

Not a bad deal—especially if you're sitting around doing nothing but waiting for a round to start.

It sounds almost laughably straightforward—"whoa, you're (gasp) playing Magic"—but spellslinging at events is one of the most valuable activities members of R&D participate in on a regular basis. Because it's kind of the opposite of "behind the scenes," though, I'm not sure we've ever gone into exactly why we do it, or how it's useful for development.

I miss the real world.

This sentiment sounds kind of vapid, largely because it is. I get to make Magic for a living, which is basically the best job possible, and we all know on the front end that involves giving up competitive "IRL" events. It's worth it, obviously. But on some level it does put you into a kind of weird experiential time capsule for which there aren't any ready parallels. Think of it this way: What do you do with your friends? You talk about stuff you care about. Current events, sports, politics, culture, that guy at the grocery store with the inexplicable Valkyrie hat. You talk about your job. You talk about your family. You do things together. If you're gamers, you play games. You share experiences. You build memories. You turn with the world. 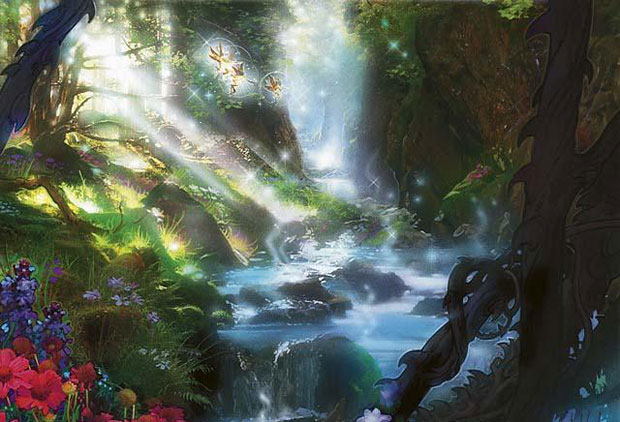 Now imagine that something like 50% of your friends are Magic players, and you make Magic. All of a sudden a lot of taken-for-granted commonalities are no longer common. I can't just recount a meeting I had at work, because I might give away some factoid about some set that's not slated to come out until 2014. I can't really talk about some cool new deck I built, because it might give away the sleek new mechanic we plan to unveil in Un-leashed: Revenge of the Squirrel Meeplings, Coming To A Backyard Near You! Even when there's no risk of spoiling anything, trying to have a casual conversation with a random person on the "outside" about Magic carries the same sort of difficult-to-state oddness as having someone walk up to you and spontaneously start discussing Kate Middleton's marriage or the meta-reality of the film Inception. It's like—didn't this happen a long time ago?

The net result is something that's potentially very dangerous to us: a sort of bubble that walls us off from what's actually going on in the world of Magic. Oh, we try to combat this in a ton of different ways. We follow all the major websites, we watch all the different coverage streams, we keep pace with everything that's evolving over social media, and we listen to your feedback directly through columns like this one. But there's nothing quite like being there on the ground and seeing what's going on for yourself.

Which is how spellslinging enters the picture.

You! You Sit In Your Tower and...Nap!

Spellslinging allows us to step down from our Ivory Tower and do three really important things that are very, very difficult to replicate any other way:

I know sometimes I make it sound, in this column, like we play a ton of games of Future Standard (or whatever) and tweak it until we're satisfied, then ship it out the door and move onto something else. The truth is the process is a lot more fluid. Feedback from real-life tournament results informs the content of our sets, defines the kinds of decks we try to push and the kinds of decks we try to hate, and keys us into which elements of our existing releases do and do not work. 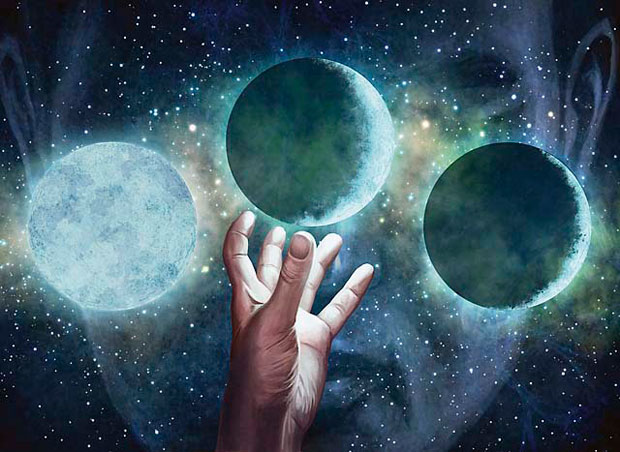 We try as much as possible to keep our fingers on the pulse of present-day environments. We do a lot of this by playing Magic Online, which allows us to check out decks and play sideboarded games and evaluate how we expect current trends to evolve week-by-week. But we can't play in premier events, and there are only so many games you can log at once given that you have years' worth of Magic in the pipeline you have to be working on, too.

When I'm gunslinging at a Grand Prix, though, I have a chance to play hundreds upon hundreds of games with hundreds upon hundreds of players. This is especially relevant when trying to evaluate the power level of, say, a deck whose win percentage skyrockets the better you get at resolving Ponder. It's also useful for figuring out what is and is not actually fun. The first time you play against a deck like Open the Vaults, for example, it's pretty cool and innovative and neat. If that were to happen three or four times per tournament, though—and the deck was appropriately powerful enough to merit that—it might get real old real fast. So these are the kinds of events where it's easiest to gauge real-world relevance.

It also helps inform the way I build FFL decks. A hard reality of life in R&D is that—with the exception of Mark Rosewater, who I am told is a far better player nowadays—you just get a lot worse at Magic when you're not playing high-level games. Getting back on the grind of playing hundreds of matches against tournament players means that when we go back to our internal leagues we're better able to represent what things will look like on the outside. It's important to refresh the good ol' skills every now and then!

I'm sure it hasn't escaped you that we are constantly trying to find new ways to improve Organized Play experiences. It's our firm belief that Magic events shouldn't just be places where people are herded into rooms in patently bovine fashion to grind out scores and scores of games. 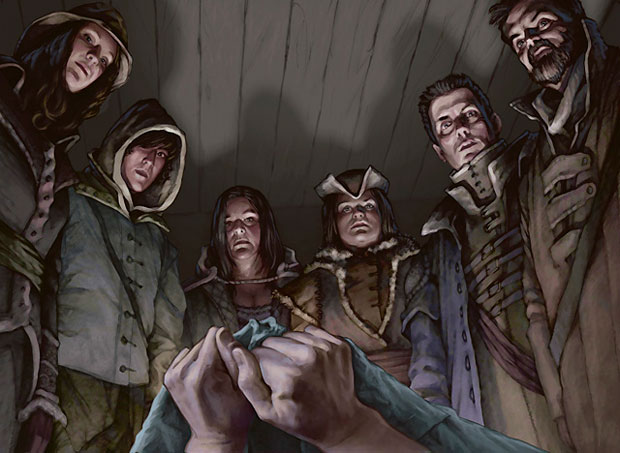 That said, we don't always hit the mark. It's very easy to sit in a chair and theorize how stuff is supposed to work; it's much harder to actually execute upon it. That's why we don't want to rest on our laurels and assume that everything runs perfectly after it leaves the building. It's super important to us that, as we innovate, those innovations lead to something positive for the community. And there's no better way to see whether or not that's true than to fly out to an event, hang out with everybody else, and witness what's really happening.

You learn a lot of interesting stuff this way:

In a shocking, Earth-shattering revelation of positively epic proportions, we've come to realize that people will say all kinds of things on the Internet. As former developer Matt Place once declared, "All opinions are held." That's not a bad thing—the feedback we get on our forums and in our mailbags is some of the most valuable feedback we receive! But again, to get an accurate feel for what y'all think, there's no substitute for being on the ground and talking with you. 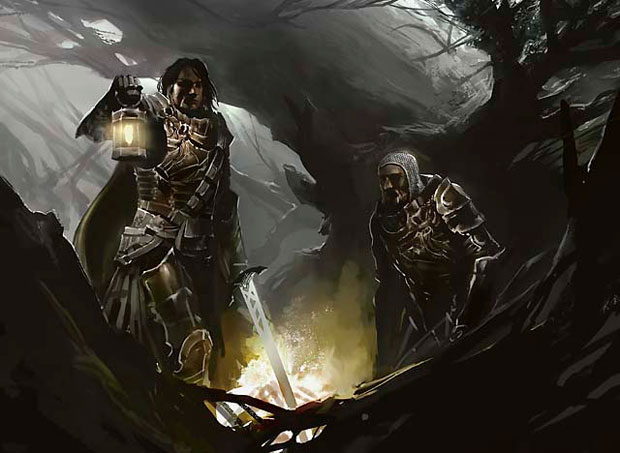 I don't just mean stuff like, you know, "What do you think of the soulbond mechanic?" I mean "I taught my son to play Magic when he was 11 and Friday tournaments have kind of become the thing we do to share guy-time." I mean "My Commander group has been together across fifteen years, four marriages, two moves, and a career change." I mean "I don't remember time in terms of years; I remember it in terms of which set I was drafting." I've had all of these conversations. They're vast. None of what we do is important absent the experiences and memories we help to create. In our little box in Renton, it's easy to forget the human element of why we do what we do—but nothing matters without it. Human beings thrive on narrative, and I hunger to hear every single one of those stories. They're why I go to work in the morning.

Of course, that's not to say we don't want more technically oriented feedback also. I need to know what y'all think of Standard, of Draft, of Modern, of your favorite casual format you can't wait to bust out and showcase. I need to know whether you think it's good or bad for casual products to contain new cards. I need to know everything you want to tell me—and, at the end of the day, I need to just have a conversation. I love meeting people. I love meeting people who care about the things we make. It's beautiful to see, and there aren't many things I enjoy more. If you're reading this—I can't wait to meet you.

So Whatcha Gonna Do About It?

The implicit premise behind all of this, of course, is that when we go out to spellsling, people will show up and play games. What that means is if you learn about an event in your area where one of us is scheduled to battle—please, come by! There's no cost, you can win packs, and you can talk to a member of R&D about anything you want. There's stuff we can't tell you—no, I'm not sure whether Magic 2013 contains the Magic cards "Plains," "Island," "Swamp," "Mountain," and "Forest"—but that doesn't mean we can't have a conversation. In fact, we look forward to it!

So the next time you see someone in a black Wizards polo kicking it near the artist table battling with some wacky-looking decks, please come by. You might even open up a mythic rare or three.