Posted in Latest Developments on January 27, 2014

"Isaac was still piqued by the ignorance surrounding watercraft. It brought home to him, again, how much mainstream science was bunk, how much 'analysis' was just description—often bad description—hiding behind obfuscatory rubbish."

his column is for you.

Level One is a new weekly column visiting and revisiting some of Magic's oldest—and hopefully most useful—strategic concepts. This truly great game has experienced explosive growth over the last several years. As a publishing community, we have a very bad habit of assuming that each and every one of the twelve million players and fans visiting sites like DailyMTG.com every week speak the same language and approach the game with the same vocabulary. This simply isn't true, and I doubt that many of us believe that it is. 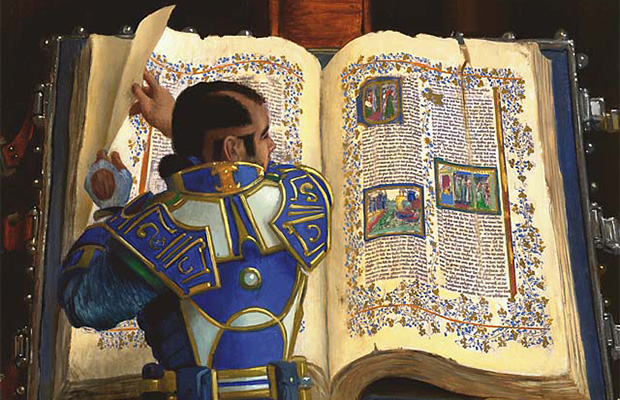 Most of the game's more recent acquisitions—millions really, thanks to Duels of the Planeswalkers—simply haven't had the same opportunity to "grow up" with the game, or enjoy the exact same level of strategic understanding as longtime Magic Online or face-to-face players. Level One is DailyMTG's attempt to recapture the magic of some of Magic's epic modes of thinking for our growing audience.

For those of you who have been playing for many years and are comfortable with all the "card economy," "tempo," and archetype nicknames that decorate our articles, blog posts, and reports various every week—we hope you see Level One as a fun refresher and that you can learn something as well.

To everyone—I hope you love it.

Today's Level One is going to really start at the first level: Strategy.

What is strategy (at least in the Magic: The Gathering context)?

For our purposes, we will call this strategy: A repeatable sequence of behaviors that leads to a predictable result.

All these things are important to us... the capacity for repetition; the idea that you can achieve a particular, predictable, result; and last, but not least, the idea of sequence.

You may not know this, but a lot of the big names you read about in weekend coverage are comeback stories. Grand Prix Champions like Dave Williams; Pro Tour Top 8 competitors like Eric Froehlich; and even Hall of Famers like Brian Kibler, Kai Budde, Patrick Chapin, and Jon Finkel took years off of Pro Magic before reestablishing themselves as dominant in any era.

One of my favorite writers, Dan Paskins, once wrote about a countryman of his attempting a similar comeback to competitive Magic.

Like a lot of the names mentioned above, Dan's friend was a Pro Tour and Grand Prix Top 8 veteran. In fact, he was a strategic mastermind who designed innovative decks and made his reputation on complicated Necropotence combo decks in the long-lost Extended format. Accomplished player and smart guy.

Dan's friend (who will for our purposes remain nameless) attempted his comeback armed with a recent PT-winning archetype. Something better than this:


Dan's friend was quickly eliminated, going 0–2 and complaining of "manascrew" (that is, having too few lands in play to make your deck work). Dan said he understood and the two old battle axes played a fun game between rounds.

Nameless Player made what seemed like the scripted sequence... Astral Slide to start, Exalted Angel face down.

Dan's friend had what lots of players reach for every week—a powerful decklist.

But what he didn't have was the strategy.

I knew it might be confusing to talk about complicated cards like Astral Slide in a column—especially the first column—like Level One. But that was kind of the point.

Dan's friend was a PT Top 8 competitor but, missing complete knowledge of his deck's strategy, faltered.

One of the main points of including high-mana-cost cards like Exalted Angel—that have morph—is that you can play them face down, remove them from the battlefield with Astral Slide, but return them at full power! The whole point of the sequence should have been to have a 4/5 lifelink creature at the end of that exchange.

When Dan's friend returned the Angel to the battlefield as a face-down 2/2, Dan found it very difficult to believe his bud had really lost to manascrew.

For us, "strategy" is more than a decklist. It is more than a report of a match or a tournament. It is more than abstract theory. The best decklist articles will often help readers uncover successful strategies, as will the best reports and theory pieces... but strategy is not a necessary component of any of them. It is all well and good to scan the seventy-five of the hot new decklist, but a decklist alone (even the hottest new tech!) is not always going to give you the full story. Not even the most-recent PT winner! That's why Dan Paskins and his decorated buddy is my favorite example.

When we talk about strategy, we will talk about repeatable sequences of actions—illustrated via decks old and new—that lead to particular, predictable results.


This deck includes some maybe odd-looking cards to modern eyes:

Upheaval and Psychatog can be tricky cards to play, especially if you don't know the proper sequencing. But once you know how to play these cards together, they make for a potent combination.

On its face, Upheaval is a symmetrical card. It basically screws both players equally, and if you play it wrong (on your own sixth turn, for instance), you can end up with nothing on the battlefield while conceding a rerun of the first turn to your opponent.

But in Romão's World Championship deck, these two cards—along with proper knowledge of sequencing—put the opponent into a very difficult position.

Between your cards in hand and your juiced graveyard, you will generally be able to kill the opponent in a single attack.

See how important sequence is here?

Psychatog, alone, is just a 1/2 creature for three mana—unremarkable without cards in hand and/or graveyard.

Upheaval, as we said, can be disastrous... often better for the bad guy than you.

But when you know the order to play them in—better yet, the turn to play them together—they start looking like a combo kill!

In Magic, a strategy is only as useful as it is repeatable.

This was a quote from a Masters Series matchup between former US National Team member Neil Reeves and Pro Tour Osaka winner Ken Ho. Neil's quote I considered at the time a bit glib, if ultimately true. 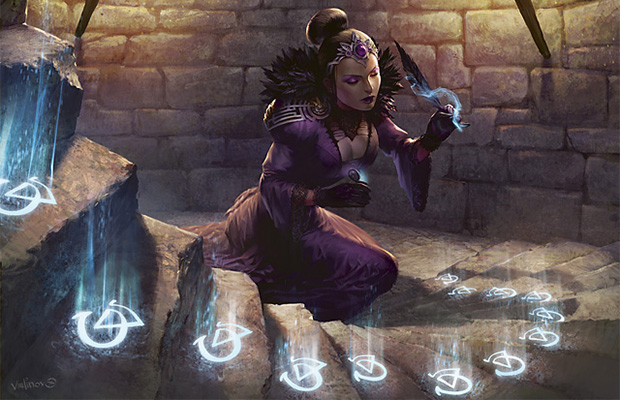 A comment like this one can change how you approach Magic, or at least certain matchups in Magic, forever...

The subtext here is that as long as an opposing beatdown deck is not playing burn spells, you can just focus on killing its creatures. Just make sure you preserve your last life point and you can spend your resources and mental energy on killing creatures. Most green decks, White Weenie, tokens strategies (and of course GU, as in this case) can be approached with the same, repeatable, philosophy.

The outcomes of any particular sequence of behaviors are always subject to approval by the player across the table. Nothing works every time. Because he believed only the early portions of a conflict could be planned out, the great German military thinker Von Moltke believed the purpose of strategy was to prepare and cultivate options in service to a great many possible eventualities. 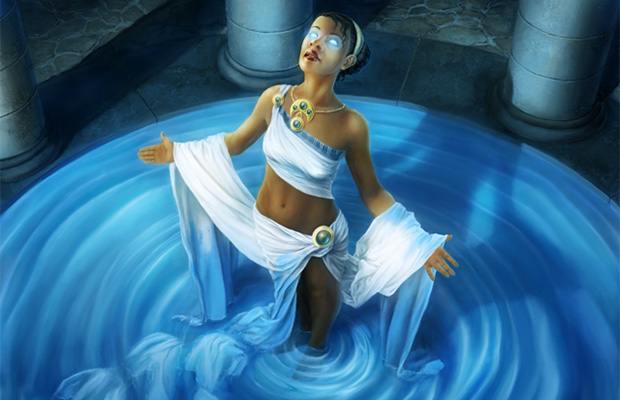 Tapped out opponents can play Surgical Extraction. Your seemingly stock GU opponent might randomly plop down a Mountain and Shock your face. A good friend (and Pro Tour champion) once complained to me of losing at a local store to a child playing a forty-three-card deck splashing for three copies of Heroes' Reunion (if you knew which Pro Tour champion you would know why Heroes' Reunion was such a spanner in his works).

But while your mileage may vary, while we can't guarantee any outcomes 100% of the time, well-wrought Magic strategies are meant to have predictable results.

So Long, and Thanks for All the Fish

Feel like you've got a grasp of Magic strategy? Either "yes" or "no" is a great answer from my perspective! This was meant to be an introductory article, but at the same time challenging in terms of the example decks, and especially the sequences.

If you've still got questions or are scratching your temple right now—great!

Remember: this column is for you!

This week was "Strategy;" next is... Strategies!

See you in seven.

Posted in Latest Developments on January 27, 2014