you go to one of the Global Celebration events this weekend, take a moment to thank the tournament organizer for hosting it. Organized play has been an important part of Magic since the very beginning and the game wouldn’t be celebrating this momentous occasion if it wasn’t for all the hard work put in by the staff of all the stores that have put on events over the years.

Speaking of cool events, I’m away at Gen Con right now. Gen Con is the gaming convention to end all gaming conventions and Magic has a huge presence there this year. There’s a Magic Museum and a whole slate of guests of honor and Global Celebration events running around the clock for four days, along with lots of other Magic tournaments. The Type 1 World Championship happens there on Saturday too – check out Star City’s coverage if you want to follow that event live. Hopefully we’ll be able to get some more coverage up after this weekend, but if you’re in the Midwest, you might consider driving to Indianapolis to spend a day or two.

Next weekend is a bit of an off-weekend for major Magic events, but all that really does is give us a chance to catch out breath before the World Championships. August 6-10 everybody who is anybody in the world of tournament Magic will be in Berlin, Germany for the 10th (!) incarnation of Worlds.

In addition to all the 10-year anniversary events that will spill over onto this year’s Worlds, we’re also doing something special for all of you who won’t be in Berlin: we’re going to have live streaming video of the Top 8 on Sunday! Starting with the quarterfinals and continuing through the semis, the team finals, and the individual finals; you can watch the games live over the Internet and you can listen to the same commentary you would hear if you were in Berlin. (It will also be archived so you can watch it after the fact if you prefer.)

I know that many of my readers don’t follow tournament Magic, but the rest of this article is going to be a Worlds primer in case the opportunity to watch us crown our tenth world champion is cool enough to make you want to pay attention.

There are three ways to get invited to compete in Worlds: 1) Anyone with 20 or more Pro Tour Points gets in – in other words, anyone who did sufficiently well at previous Pro Tours gets invited. 2) The top 4 players from each country’s national championships get in (and the top 3 compose their nation’s National Team) 3) The Top 50 (otherwise uninvited) players according to DCI composite rating also get in.

You can follow round-by-round coverage of the entire tournament through feature match coverage, pictures, and feature articles on the Sideboard. Everyone expects several new decks to emerge from Worlds this year, and it’ll be quite interesting to see how much Eighth Edition shakes things up. Sideboard reporters will be out in force covering this event from every conceivable angle.

After all 18 preliminary rounds are done, the eight individuals with the most match points will advance to Sunday’s single elimination rounds. They’ll use the same Standard decks that they ran on day 1, and whichever one of them can rattle off three more match wins will be crowned the 2003 Magic World Champion.

The individual title isn’t the only one handed out at Worlds, however. We will also crown a World Team Champion by counting up all the match wins earned by members of each country’s national team and then adding in whatever points they accumulate on Saturday – the Team Day at Worlds. Only the national team members will be competing on Saturday and they’ll be playing together as teams using the Team Rochester draft format. After four rounds of Team Rochester are added on top of the 18 previous individual rounds, the two countries that have the highest scores will advance to Sunday, where they’ll duke it out for the title.

Here are some players and storylines that you might want to keep an eye on: 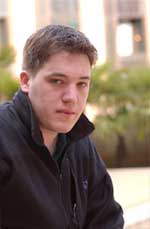 Kai Budde – The “German Juggernaut” is the game’s all-time leading money winner with over $300,000 in lifetime earnings and I’m sure he’ll be eager to defend his home turf. At last year’s Worlds (held in Sydney, Australia), Budde led Germany to the World Team Title, only the second time Team USA has failed to capture that crown. A crucial mistake in the last round of German Nationals prevented Budde from getting onto this year’s National Team, so instead the 1999 World Champion will concentrate on becoming the first player ever to be world champion twice. Oh, by the way, Budde has a solid lead in this year’s Player of the Year race, a title he’s attempting to win for an unprecedented third consecutive year (and fourth time overall). 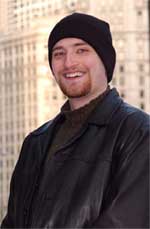 Jon Finkel – Before Budde came along, Finkel reigned for years as the “consensus best Magic player ever.” The 2000 World Champ still has more Pro Tour Top 8 appearances than Budde and almost as much in career earnings. Around a year ago many fans were writing Finkel off as over the hill and washed up. However, Finkel has quieted his doubters with Top 4 finishes at two of the last three Pro Tours along with a Top 8 appearance at US Nationals. 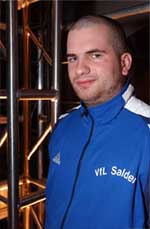 Dirk Baberowski – Though he has been somewhat overshadowed by his teammate Kai Budde, Baberowski is one of the most talented players who ever played the game. At this year’s Worlds Baberowski, not Budde, will captain Team Germany. Baberowski’s teammates aren’t very experienced, but with Dirk leading the charge I could easily see them defending their home turf and their World Team title. Justin Gary – Gary had always been one of the most consistent pros on the circuit. However, the 1997 US National champion has kicked things up a notch this year. He won Pro Tour Houston and he currently sits tied with Baberowski for third in the Player of the Year race. In addition, Gary finished 3rd at US Nationals this year and he’ll be the one seasoned veteran on a generally inexperienced Team USA. Gary’s 1997 national team was one of the only two incarnations of Team USA that failed to win the Worlds team title so Gary would really like to win it this year. Both Finland and France seem well positioned to make a run, but my bet is that it all comes down to the Americans and the Germans. 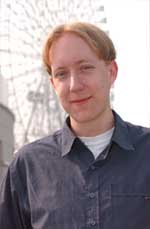 Mattias Jorstedt – Sweden’s Jorstedt has been on fire this year. He made it into the Top 8 of 3 of the last 4 Pro Tours, finally breaking through and winning one in Yokohama, Japan a few months ago. He currently sits in second place in the Player of the Year race and he’s definitely a threat to put up a high enough finish at Worlds to wrestle that title out of Budde’s hands.

There are a lot more stories and personalities where these came from. I encourage you to check out the Sideboard’s coverage, starting up next Wednesday. Even if you don’t want to follow the whole event, tune in on Sunday for the live broadcast of the individual Top 8 and the team finals. Mine will be the voice doing the play by play.

…is a bit of a non sequitur.


Randy may be reached at latestdevelopments@wizards.com.