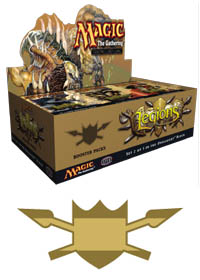 Legions introduces two new mechanics to the Onslaught block and expands on Morph by adding new triggers for the ability.

On the side stand the followers of Phage, who cry out for new arena combats, new champions, new blood spilled in the sand. On the other are the supporters of Akroma, the angel, who preaches a terrifying religion hallowing her creator.

In the middle stands the lonely figure of Kamahl. Once a champion of the pits, he must now atone for the terrible wrongs he has wrought. Those wrongs gave birth to Phage and Akroma. They gave birth to the suffering of the world.

Now Kamahl must sweep the land clean of this terrible blight. But his fury may destroy that which he most loves.

The illusionist Ixidor has been banished to a mystic imprisonment and the weary Kamahl retreats into the Krosan Forest where the magic of the Mirari continues to intensify and mutate all life on Otaria. In the midst of this turmoil, the stage is set for an epic confrontation between Phage and Akroma who will stop at nothing to destroy each other once and for all. Their personal conflict has gone beyond hatred as they both draw armies to their sides, some with promises of glory, and others with false promises of hope.

Thus, the Legions are born. Every creature and every beast that has been twisted and enhanced by the power of the Mirari is in the set because Legions is 100% creatures. But, don’t think for a second that’s all there is. You’ll find a multitude of new mechanics and the long-awaited return of Slivers. Plus, many Legions morph creatures have effects that happen when they’re flipped face up. With creatures like these, who needs spells?

The Legions set welcomes 145 new cards, featuring an abundance of new mechanics and cycles for every color. In addition the set offers even more of the creature types that have defined the Onslaught block along with a wealth of new ways to use and abuse them. It’s up to you to decide how they’ll live and die.

It's time for war.
The Legions are here. 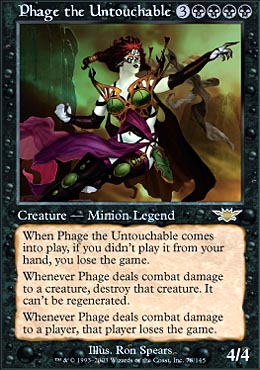 (For the Legions FAQ, see the Magic Set FAQs page.)