Posted in Limited Information on January 8, 2014

h, yes, the promise of a new year. I certainly hope everyone had a great holiday season and that we all took some time to reflect on the past year. Even though the Western calendar has a relatively arbitrary end date, I still find it useful as a reminder to take stock of the previous year and plan for the next one. This usually comes in the form of promises to exercise more often or reach a work- or school-related goal.

Too often, these resolutions aren't met. Sometimes the goals are just too big, and that makes them daunting. Daunting tasks can paralyze action, and in the end we just give up. This is the reason I prefer to set simple, reachable goals that add up to a bigger goal. Improving our health and working toward career goals are totally worth pursuing, but this is Limited Information, so we are going to focus on Magic-related goals.

Playing Magic is fun. A simple sentence, but one that gets lost in the fray sometimes. I try to keep this column aimed in the general direction of improving at Limited Magic. I find that playing Magic is fun no matter what, but that winning at it and seeing a marked improvement makes investing time and effort into the game that much more rewarding. I also feel that one can grow as not only a gamer, but as a person, as a result of improving at Magic. 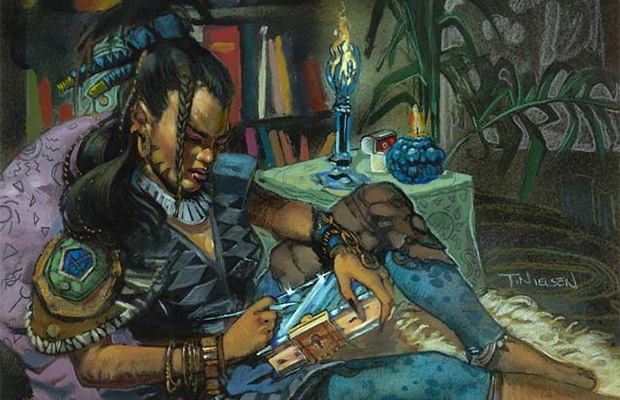 The principles of risk assessment, playing to "outs," never conceding, using evaluation skills, focusing on decisions and not on results, accepting loss, sportsmanship, and forming a plan are but a few of the applicable advantages to being a good gamer.

I remember an example from my personal life. When I was twenty or so, there was a car I wanted. I had a job and was in school, but I felt like I could afford the car. I had saved up some money for it but needed a bank loan to cover the rest of the purchase price. I did a little research and applied for my first loan. I was very stressed by this. Not only the process, but also the waiting after the application was submitted. I remember putting a lot of mental energy into worrying about if I would be approved for the loan or not.

Fast forward to my later twenties. I had moved onto a better job and was shopping for my first home. This time, I found a condo in a good neighborhood that seemed to fit my needs perfectly. I had never bought anything this big, and after a lot of effort, I decided to go for it. I applied for the loan. Loans for a mortgage are no joke; we are talking about a lot of money and an extensive application process. I took some classes about buying your first home and researched on the Internet before applying. After I submitted my loan, I felt no stress whatsoever.

What was the difference this time? 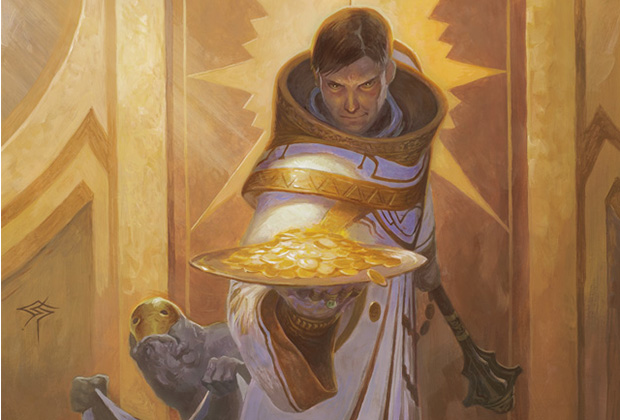 I had developed a gamer mentality. I put all of my effort into researching the loan, the condo, my finances, and my decision. I focused on the decision, not the result. My satisfaction came from the fact that I did the proper work necessary to put myself in the best position to get the loan I wanted. Whether or not that actually happened was not relevant to what I needed to think about. If I didn't get the loan, I would use my gamer mentality to formulate a new plan to get where I wanted to go, and then focus my energy on the plan itself.

Things don't always work out how we want them to, but if we keep this process on repeat for our whole life, we will get where we want to go. It's inevitable.

The year 2013 was a whirlwind for me personally and professionally, and for Magic as a game and a brand. We had five sets come out in one calendar year, and that meant five formats to crack open. I loved it.

Magic 2014 and Modern Masters were my favorite sets of the year. We began our journey into Theros later in the year, and we are still walking that path to see where it takes us. (Nyx, it seems.)

Writing this column helped me grow as a player, a writer, and as a person as well. Writing is a challenge, but based on the emails, tweets, and messages I have received I feel good about where the column is. My primary goal is to help you improve, but also to have fun along the way.

I have a few relatively simple Magic goals for the coming year. Like I mentioned before, I don't like to set huge, difficult-to-control goals like "Top 8 a GP" or "qualify for the Pro Tour." Sure, I'd love to do either of those things, but they just aren't really actionable items. I want specific, workable goals to attack.

Here are my goals for the next year. Feel free to use them yourself or modify them to what your goals are:

I'll go over each of my goals for clarity.

My first goal is to justify difficult decisions to myself during a game. At this point, I tend to make many of my decisions based on intuition rather than raw logic. This method is common, but it's not without its flaws. My main focus will be difficult decisions. Sometimes I find myself in a particularly tough spot, and the answer isn't clear, even after much thinking.

My goal here is to be able to actually verbalize why I am making the play that I'm making.

"I am going to block here because I think one extra draw step gives me a better opportunity to win than attacking and hoping to draw the one Lightning Strike in my deck."

If I can force myself to properly justify my actions in these complicated situations, I think it will help me make the best decision possible more frequently. 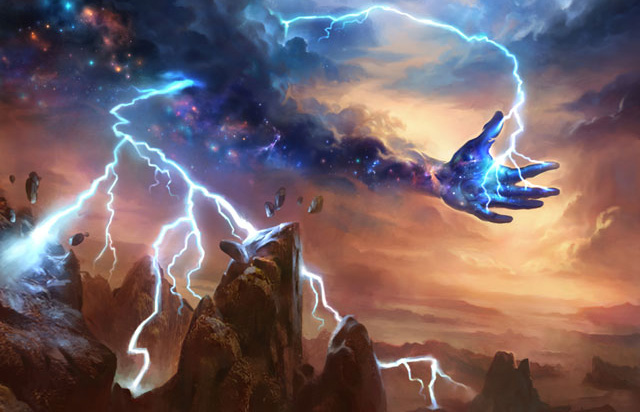 My second goal is simply to play more Sealed Deck. I actually play quite a bit of Sealed, but I think I could stand to play more. I enjoy it thoroughly, and it's easy to forget what an important and skill-testing format it is.

Remember, you never get to play in the Top 8 of a PTQ or Day Two of a Grand Prix without playing a lot of Sealed Deck first. I also feel like shifting some focus from drafting could be more beneficial to the column and podcast.

My third goal for 2014 is to set up a simple system where I have a check on myself to make sure that I am on a reasonable plan while playing a game.

You know what I mean: the time when you start out quickly, attacking your opponent to just 5 life in the opening turns of a game. But now your opponent has stabilized the board, and you are still frantically looking for any excuse to just attack with everything. Or maybe dig a few cards deeper just to find that one card that wins you the game on the spot.

These are usually mistakes because your plan is no longer valid for the game you are playing. I often start off with a respectable plan but fail to see that my plan has changed until one turn later than I should. I'd like to be more proactive about actually acknowledging when my plan has changed, and what it needs to change to.

These are the type of goals that I think lead to better game play. For me, I am getting pretty specific, as I have reached some of my other goals over the last few years.

I'm excited for this year. It promises to be full of awesomeness for Magic. I am greatly looking forward to bringing you as much value as I can in this column, on event coverage, and through the podcasts and videos I do. My guess is that by this time next year, we will all be much better gamers, and even better people perhaps.

Posted in Limited Information on January 8, 2014