To Blast, or Not to Blast?

hen you are playing against an infect deck, you need to use your resources in a very different way than you would normally.

To better appreciate the nuances of playing against infect as opposed to playing against a traditional deck, let's look at what you need to consider when deciding whether or not you need to use a Galvanic Blast on a turn-two Leonin Skyhunter out of a traditional deck, and what you should consider when you are deciding if you are going to use your Galvanic Blast on a turn-two Plague Stinger.

If you have a Galvanic Blast at the ready, and you won't have to skip out on playing a really important spell to use it, you will normally want to use your Galvanic Blast on your opponent's turn-two Leonin Skyhunter. However, if you would rather just curve out with really good spells, or if you have a Blightwidow coming down in the next turn or two, you might be willing to take a hit or two from your opponent's 2/2 flier so that you can hold onto your precious removal spell.

In theory, yes. In reality? No.

If you just auto-pilot through this decision, you are going to seriously cost yourself in the long run. Sure, you'll make the correct decision a lot of the time just by feeling out the situation, but you should always take an extra couple of seconds to think about how you are going to use your removal spells.

There are plenty of things that you can take under consideration at this point (it's just so open-ended!), so it can be very easy to get distracted by the wrong things. You need to make sure that you are asking yourself a question that is direct, applicable, and will actually give you the answer you are looking for.

The most concise question that you can ask yourself in this spot is:

Am I just going to have to use my Galvanic Blast on that Leonin Skyhunter in a few turns anyway?

This might seem like a simple question, and in a sense it is, but it is nonetheless a crucial question for you to ask yourself. It is easy to go on autopilot and to choose to either kill any decent threat that your opponent plays, or to hold onto your removal spell without any clear idea as to why you are holding it simply because you don't want to "waste it on something that doesn't matter." 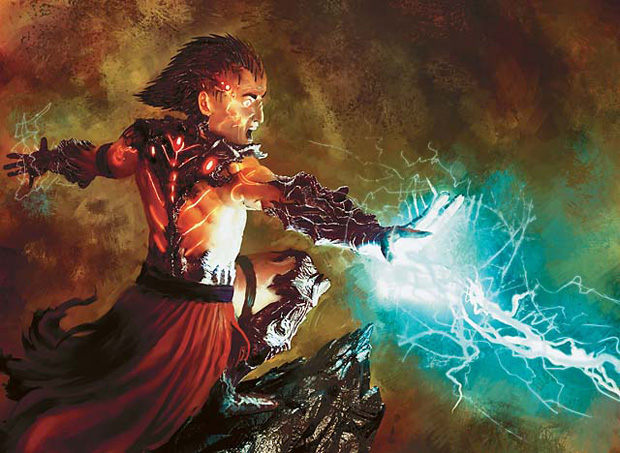 I'm usually pretty good about remembering to ask myself this type of question, but I can still recall countless games where I just didn't take the time to really think about this, and it wound up costing me dearly.

If your deck doesn't have many (or any) creatures with reach or fliers of its own—and you don't have an extremely aggressive start—then you should almost certainly kill that Leonin Skyhunter. If you don't, you are just going to take a boatload of damage before you ultimately use try to kill it with that removal spell that you "didn't want to waste."

If, instead, you know that your opponent's deck isn't all that aggressive and you have a Blightwidow or a flier of your own coming down in a couple of turns, then you might be willing to take a couple of hits so you can hold onto your removal spell to deal with a scary late-game threat like a Vedalken Anatomist. If you are in a position to make the game go long, you want to do everything within your power to make sure you have the tools necessary to win that long game. 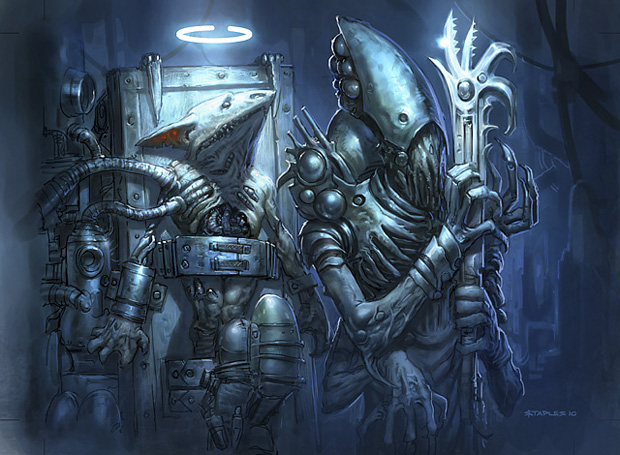 Save a kill spell to deal with this guy.

If you are on the fence, and you can make reasonable plays that will allow you to delay your decision, then by all means do that. If you have the choice between using your Galvanic Blast or casting a Goblin Wardriver on your second or third turn, then you should usually cast the 2/2. It's more mana efficient (you don't want to get your Goblin Wardriver stranded in your hand for a bunch of turns while you are busy casting other things, only to be able to finally cast it on your seventh turn when it no longer matters).

If you realize that there will be an opportune time to cast your Galvanic Blast in a couple of turns, but casting it now would throw off your curve, then you should probably wait. Your opponent might play a juicier threat in the meantime, or you might realize that you are fully on the offensive and will thus want to use your burn spell on a would-be blocker.

If you appear to be aggressive but you know that you are preparing for a long game, then you might be able to convince your opponent to leave his or her Leonin Skyhunter on defense so it can trade with one of your 2/2 or 3/2 ground pounders, leaving you with your oh-so-valuable removal spell for later in the game. (However, be careful not to trick yourself out of keeping the pressure on your opponent if you think you have a reasonable chance to kill him or her in a couple of turns even through light resistance.)

If you have a different removal spell that you would prefer to use on that Leonin Skyhunter, such as a Pistus Strike, then you won't have to use your Galvanic Blast—but you need to seriously consider how much time it will cost you to do that. A three-mana spell will tend to disrupt your curve a lot more violently than a one-mana spell, and if you are trying to kill your opponent quickly or you are trying to blunt an assault, then you might not be able to afford to wait that long.

If a different opponent casts a Plague Stinger on turn two (out of what you expect or know for sure is an infect deck), you are going to really want to kill it with your Galvanic Blast. If you do kill it with your Galvanic Blast, you won't have your cheap removal spell on hand for if/when your opponent tries to finish you off with a big Untamed Might, or spends a bunch of mana on a key turn to attach a piece of Equipment to make an otherwise innocuous infector into something that is absolutely fierce. But if you hold onto your removal spell and take a couple of (unnecessary) hits from that Plague Stinger, then you are just going to lose when your opponent casts a well-timed removal spell and swarms you with what would otherwise be some ineffectual 2/1 and 2/2 creatures.

Damned if you do, damned if you don't. Caught between a rock and a hard place. (Insert other saying that suggests that whatever you do is going to suck in some way.)

Why is it so important to hold your removal spells against infect decks? Because combat tricks and Equipment are so much better in infect decks than they are in almost any other deck. If you take 4 damage against a normal deck, you are still at a more-than-healthy 16 life. Your opponent will have a lot of work to do before he or she actually threatens to kill you thanks to the damage boost from a Mirran Mettle or even an Untamed Might.

But when your opponent only needs to connect for ten poison counters instead of for 20 damage, even just a single unenhanced Mirran Mettle can be enough to put you away, even when you've gone out of your way to play conservatively. As soon as you've accumulated four to six poison counters (which can happen in the blink of an eye), you are in the danger zone. 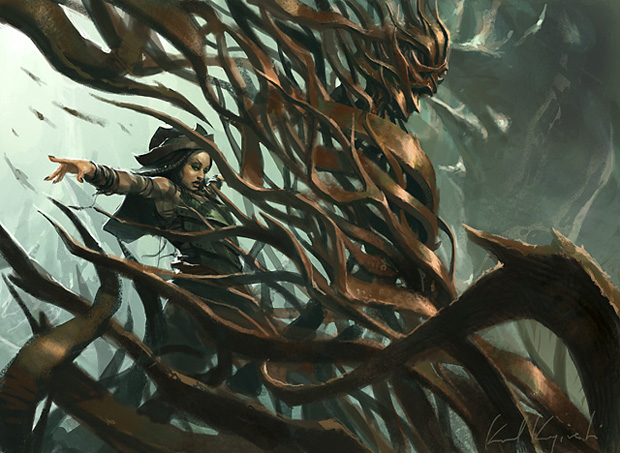 So, if you ask yourself this:

Am I just going to have to use my Galvanic Blast on that Plague Stinger in a few turns anyway?

... You aren't going to get to the heart of the matter.

The question that you actually want to be asking when you are playing against an infect deck is this:

Am I going to have to kill that Plague Stinger in a few turns anyway?

The answer to that question is almost certainly yes unless you have a number of creatures that can block fliers.

The reason why the question needs to be rephrased against infect decks is because of the extremely high value of instant-speed removal against them.

There have been a number of times when I have chosen to use a Burn the Impure instead of a Galvanic Blast to kill my opponent's early infect creature because I knew that while wouldn't have to sacrifice too much to leave up a red for my Galvanic Blast, I wouldn't be able to reliably keep two mana available.

One of the questions within this question when playing against infect is whether or not you have the tools in your hand (or deck) to actually attempt to play around a pump spell.

If you realize that by taking a few hits from Plague Stinger you will be unable to attack profitably without putting yourself dead to a removal spell, then you should just blast the Plague Stinger and do your best to clog up the board from there. If you have a aggressive draw and you feel confident that you will be able to kill your opponent before you get poisoned to death as long as he or she doesn't resolve a big pump spell, then you should definitely hold onto your Galvanic Blast.

While there's no one right answer for what to do when your opponent starts the game with a Leonin Skyhunter or a Plague Stinger, as long as you ask yourself the right questions, you should be in pretty good shape.