vacyn Restored preview season is here! And that means the Prerelease is right around the corner.

On April 28–29, you will get your first opportunity to play with the new set. If you're planning to play in a Prerelease event, make sure to check with your local store to see if you need to preregister. Prereleases are very popular events, so make sure to sign up early!

My preview card for today is Nightshade Peddler—an innocuous-looking creature with soulbond that can make combat an absolute nightmare for your opponents. 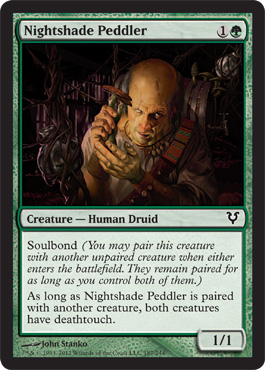 Before we talk about the card itself, lets get caught up to speed on how soulbond works. 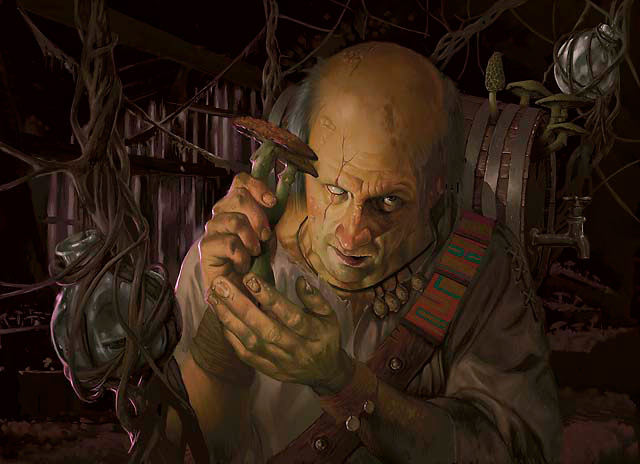 One of the issues many cheap creatures have is that they're mostly ineffective during the late game. Nightshade Peddler does not suffer from that problem. 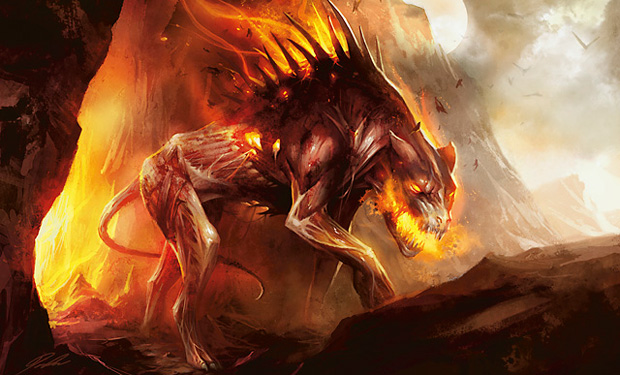 If you pair Nightshade Peddler with a first striker, something like Ashmouth Hound (which has an effect that triggers before even first strike damage), or a creature equipped with Wolfhunter's Quiver, your opponent is going to have a lot to overcome.

If you have an Ashmouth Hound or a first striker paired with Nightshade Peddler on defense, it will be impossible for your opponent to attack with anything but evasive creatures, lest you deathtouch away his or her best creature at no cost to yourself.

And if you have a way to ping your opponent's creatures at will, with something like Wolfhunter's Quiver, you will be able to absolutely devastate your opponent's board.

But even if you don't have an amazing creature to pair Nightshade Peddler with, the ability to give a series of otherwise ineffective creatures deathtouch can be immensely valuable. With a Nightshade Peddler on your side, you will suddenly be able to trade tokens and mana elves for Makeshift Maulers or even gigantic Ghoultrees.

While Nightshade Peddler probably won't be worth picking particularly early (however, that could change if there are a lot of Wolfhunter's Quiver/Cunning Sparkmage type cards that are simply amazing when paired with Nightshade Peddler), it's poised to become a key role player you can absolutely infuriate your opponents with. I, for one, can already envision a situation where I have a 5/5 and a 6/6 held at bay by a Nightshade Peddler and a 1/1 token.

When to Play Your Soulbond Creature

If you're worried about a board sweeper like Rolling Temblor, or you have a combat relevant reason to hold onto your soulbond creature so you can surprise your opponent with it, then by all means wait to cast it.

But barring specific instances where you know you can get more value out of it by waiting, Nightshade Peddler is (usually) going to be worth playing as soon you have the spare mana to cast it.

However, just because you've cast your soulbond creature doesn't necessarily mean you need to pair it immediately. If you play a Nightshade Peddler on turn two and your only other creature is a Wingcrafter (which you want to pair with one of the high-powered creatures in your hand), you should almost certainly hold off on pairing it.

What to be Wary Of

You never want to walk into your opponent's traps, but soulbond creatures will inevitably increase your vulnerability to opposing removal spells. If your opponent kills your creature with soulbond, or the creature you've paired it with, you might find yourself getting absolutely blown out in combat. 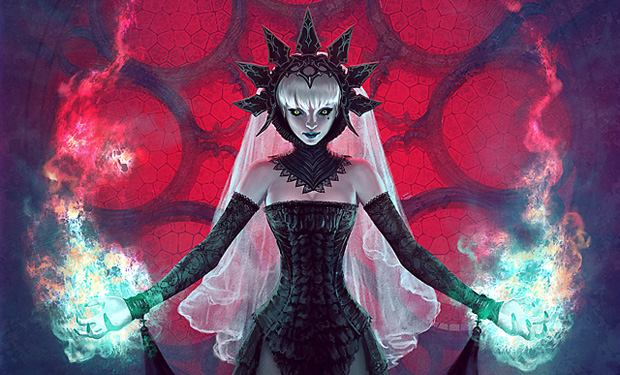 So while Nightshade Peddler is going to be particularly potent against decks full of big ground creatures and light on removal spells, it's likely to become a liability when playing against decks that are loaded with bounce spells or spot removal, because you won't be able to rely on your creatures having deathtouch.

We'll have to wait and see exactly what tricks are in Avacyn Restored, but if you do end up playing any soulbond creatures at the Prerelease, you should keep your eyes peeled for opposing removal spells. If it looks like your opponent is giving you an opportunity for an incredibly profitable combat step, it's very likely your opponent has a removal spell just waiting to devastate you.

Soulbond creatures work well with hexproof creatures like Invisible Stalker or Thrun, the Last Troll because you don't need to worry about the creature you've paired it with succumbing to a targeted answer. But even if you pair your Nightshade Peddler with a hexproof creature, you can still end up getting blown out if your opponent uses an instant-speed removal spell to kill your Nightshade Peddler. 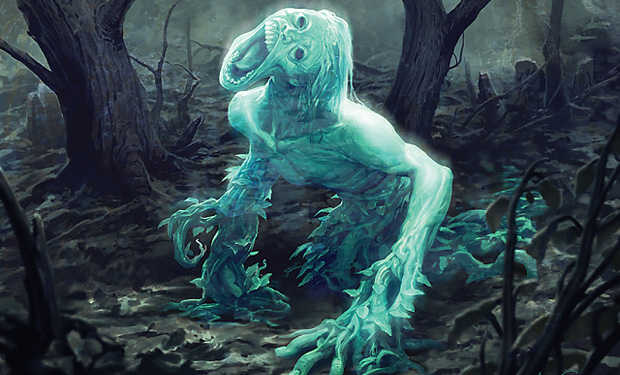 Whenever possible, you're going to want to pair your soulbond creature with something durable and non-essential that will still get a big boost from the pairing.

If the creature you're pairing with doesn't match these characteristics, you should be gaining a lot from the pairing (giving a Wolfhunter's Quivered creature deathtouch thanks to Nightshade Peddler, giving a 7/7 flying with Wingcrafter, etc). If you're only gaining a marginal benefit by creating a pairing, then you should stop to think and see if it's even worth it.

You might gain a lot by waiting a couple of turns and making a significantly better pairing.

Nightshade Peddler probably doesn't have what it takes to make it in Standard, but Silverblade Paladin seems like it will definitely find a home in aggressive white decks. And I wouldn't be surprised if Wingcrafter gets played in conjunction with Geist of Saint Traft or big green creatures.

While soulbond creatures do make you more vulnerable to removal spells, they aren't as big of a liability as creature enchantments. So if you find a soulbond creature that has a ton of upside for your deck, then give it a shot!

You might be pleasantly surprised with how many good things it can do for you.