ooster Draft is one of my most favorite things in this world. I know it sounds a bit strange to put booster drafting up there with a great meal, a stunning landscape, or a perfectly done movie. But for many others, and me, that's exactly where it is. Booster Draft offers a unique combination of mental challenge, on-the-fly experimentation, excitement, and stories, that few other experiences can. 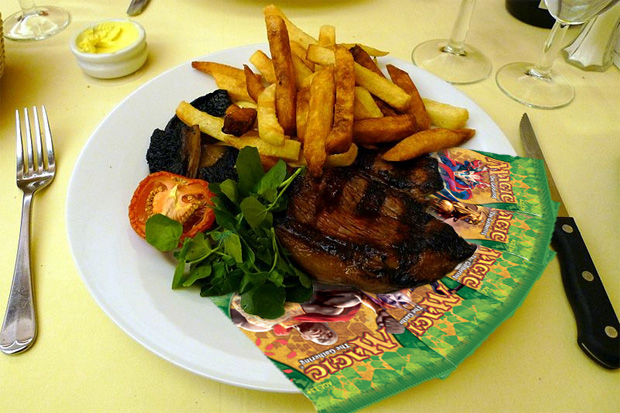 We get to craft a deck as we go, read signals, adapt, make assumptions, act on those assumptions, and see the results, all in one experience. It's great. When it comes to passing time, there are few better ways than a booster draft with friends.

I get emails asking for a beginner's guide to Booster Draft. It's a broad topic, but it can be whittled down to some key points, and this week's article is going to do just that. If everything goes the way I hope it will, this will be the article you send people when they ask what Booster Draft is and how to do it.

We will need a few things to make a draft happen. Let's start with the hardware—the physical things you will need to do a Magic: The Gathering booster draft.

First, you need some booster packs. For the purposes of this article, I am going to keep things simple, but be aware that once you get a solid understanding of how drafting works, you can go many different directions with it.

So, we need some booster packs. How many? The answer is three packs per person. 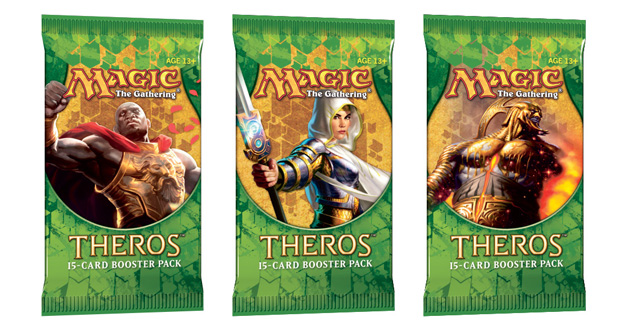 People? Yeah, we need those as well. Booster Drafts are done primarily with eight people. Six-person drafts are also common, but any other number of people besides eight or six is rarely seen. This is where you get seven of your friends, invite them over to your place, get some snacks and a table, and prepare for a great time.

You'll also want some dice; some sleeves if you like playing with sleeves; a way to track life totals; and, very importantly: basic lands. Thankfully, basic lands are pretty easy to come by. Each booster pack contains one basic land, but you'll need more for the whole group. Just grab a pile of each basic land type and have those on hand. There is nothing worse than getting all set to do a draft and realizing that you forgot the lands!

We have eight people, twenty-four booster packs of the set of our choosing, some basic lands, and maybe some dice and sleeves. We are all set for hardware!

This is the knowledge of the rules, procedures, and strategy of a draft. First, we must know simply how to do a draft. After that, I'll get into the basics so that you'll have a strategic starting point.

Once all eight players are seated at a table (you will all need to be next to each other), each with three packs in hand, you can begin the first phase: the draft itself.

Booster Draft is named as it is because it's similar to drafts in professional sports, where the teams get to pick the new players coming into their league based on a set order.

Another way to think of it is to picture your grade school playground. Remember when you were at recess and everyone was playing a sport and they all lined up while a couple of "captains" chose the players they wanted for their team? You are now the captain, and the cards in each pack are the willing participants in your campaign for victory, each eagerly hoping you choose it for battle. 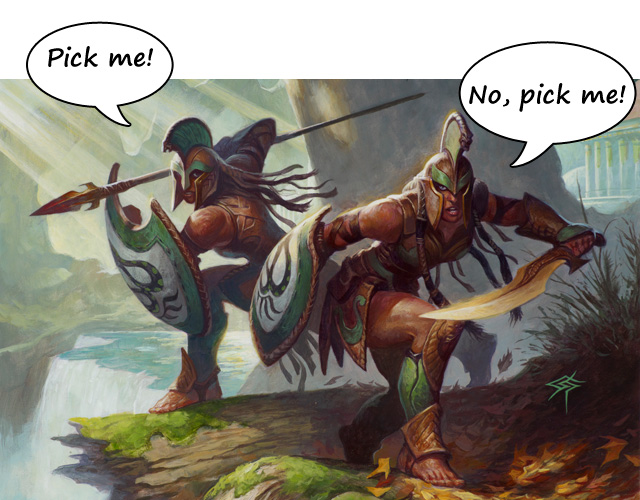 To start, everyone opens one booster pack. The basic land and token card are set aside, as they aren't eligible to be drafted, unless the basic land happens to be a premium basic land. After the pack is opened, you will look at the cards in the pack and choose one card from it. This card—and all the others that follow it—will be the card pool from which you will build a forty-card Limited deck.

The cards in the pack are of different rarity; each pack will contain ten commons, three uncommons, and one rare or mythic rare. You can choose any single card you want from the pack. Which one should you take? That is part of the fun and challenge of drafting: it's rarely clear what is correct. Usually, there are multiple reasonable options in a given pack. Just take the card that seems like the most powerful, or the most fun for you to play.

This process continues until the entire pack is empty. After the last card is taken from the first pack, it's a good time to take a look at the cards you have drafted already. Make sure to keep an eye on how many colors your deck is at this point. (More on that in a bit.) For now, we have more drafting to do. 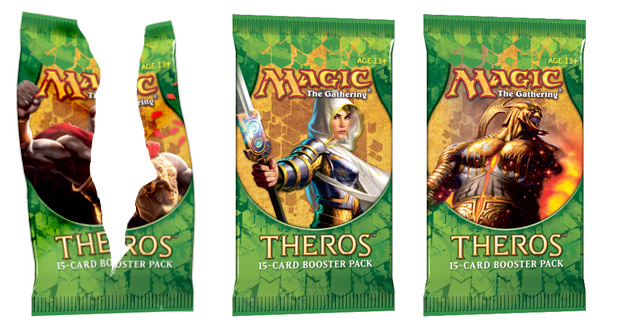 Yes, more drafting; we still have two more packs to go! For pack number two, we will do the same procedure as before (open the pack, take out the token and the basic land, browse the pack, and select one card from it for our pool), except that after we choose a card, we will pass our pack to the person on our right-hand side instead of the left. You'll now take a card out of all the packs as they go to the right, and after the pack is out of cards, it's another good time to take a look at your pool.

Did you manage to stay in your two colors? Great! If not, it's a good time to see which colors are your strongest so you can attempt to stay in them going into the third pack.

The third pack is identical to the first two, and it gets passed to the left-hand side again. After you are finished drafting this pack, you'll have a pile of cards from which to build your forty-card Limited deck.

Now you are staring at a pile of cards and have to make a deck out of it. Of the forty-two cards you drafted, you'll only be using about twenty-three of them in your deck (the rest will be lands).

I'll lay out the basics as a set of rules here. As with all rules, there are times to break them, but for a beginning drafter, I would stick to these until I was more experienced.

Rule 1. Play a forty-card deck. This may sound obvious, but it can be tempting to play that extra card when facing a tough decision about which card to cut. Don't fall for this trap. Play your forty best cards, and not a single one more.

Rule 3. Play at least fifteen creatures. This one is a bit more flexible, but if you find yourself with a draft deck containing ten or eleven creatures, you probably went wrong somewhere in your draft. If you have eighteen creatures, that's ok. Creatures are the most important thing in Limited, and having too many is far better than having too few. Again, this is more flexible than the lands; if you end up with fourteen creatures, it's fine.

Rule 4. Play a two-color deck. This is also a more flexible one down the line, but when you are starting out, your decks will perform better if you exercise discipline and stick to just two colors. You will experience better draws, fewer mulligans, and more consistent performance from your deck.

That's it. If you follow these rules, and think about them while you are drafting, you'll draft reasonable decks most of the time,\ and give yourself a shot at winning even if you are new to drafting.

While these rules are a solid starting point for a new drafter, one of the beautiful things about Booster Draft is how diverse it can become once you are settled in. I have won drafts with decks containing five creatures. I have also won drafts (and lost quite a few) with decks playing all five colors. There is no limit to how you can express your creativity and deck-building skill. Still, you are best served with a good foundation under you before starting to get too fancy.

Booster Draft is a challenging format. It takes a long time to master, but I have found that while it can seem intimidating at first, it's not nearly as daunting as many people assume. Most players will settle into two colors fairly quickly in a draft. This means that when they look at a full pack, they are really only looking at the cards in their colors, which is much easier than trying to take in the whole pack at once. 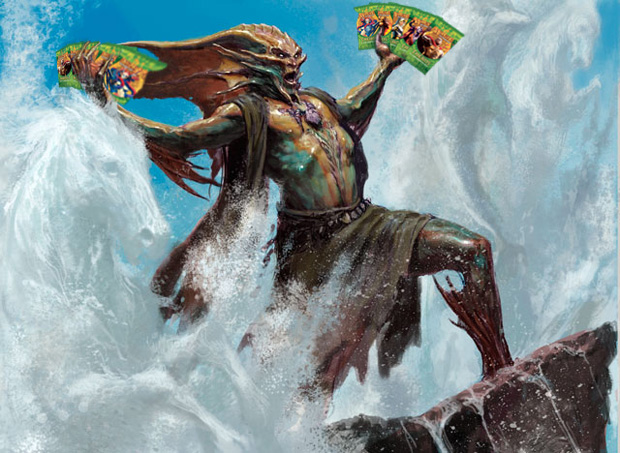 Once you get the rhythm of it, a whole new world is exposed, with opportunities to learn about reading signals, the finer points of deck building, drafting synergistic decks, and even building combo decks. (Yes there are combo decks in Limited!)

I hope this basic guide helps you get started in the world of Booster Draft. It's a great place to be.