Posted in Limited Information on December 20, 2011

A good understanding of what card advantage is can drastically improve the way that you think about Magic, but it can still take a while for those lessons to start paying dividends.

If you're looking to improve your game immediately, then this is the sentence for you: "It doesn't matter where a card (or a token) came from; once it is in your hand or on your board, you should treat it with just as much respect as you would give to any other resource."

ard advantage is one of the most misunderstood terms in Magic, so let's start with a simple definition:

If a sequence of plays (or decisions) ends with a player up one or more cards, that player has gained card advantage.

Something like Slice in Twain is an obvious source of card advantage. You get to destroy one of your opponent's cards and draw a card. 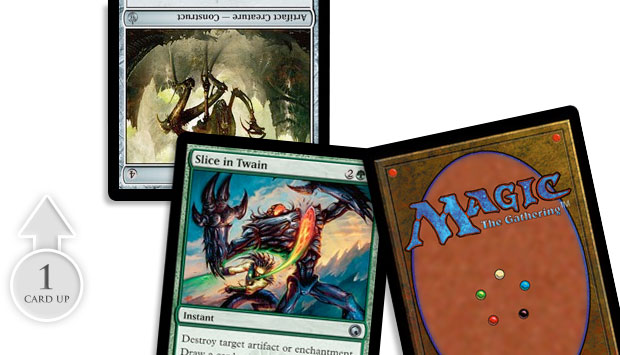 Similarly, Phyrexian Rager allows you to impact the board and replace itself. Once again, we've identified a source of card advantage. 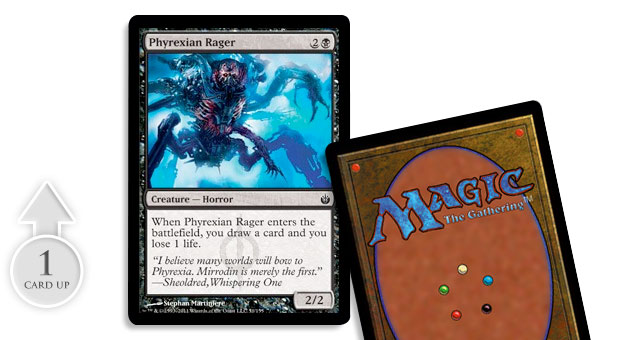 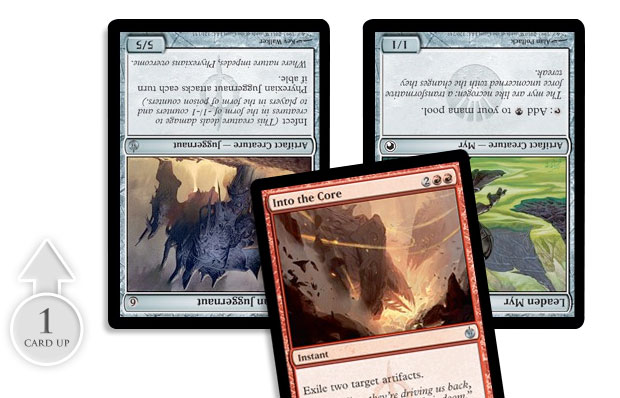 While this situation won't come up all that often, if your opponent has a Steel Hellkite staring you down (as his or her only artifact), you probably aren't going to hesitate for too long before you exile your Flayer Husk and your opponent's 5/5 flier. 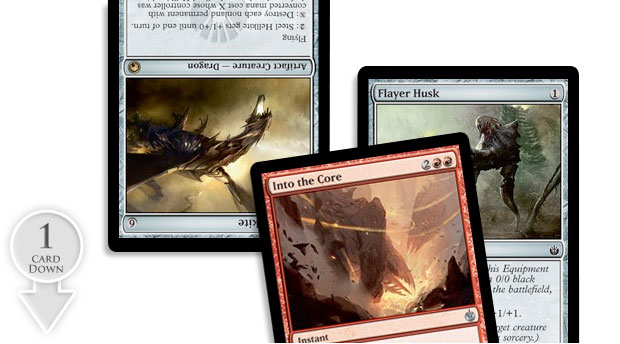 Tel-Jilad Defiancecan put you up a card (or more) under the right circumstances, but there are plenty of times where you will be forced to cycle it in search of that land that you need, or to try to find a substantial play. And there are even circumstances where you will give your opponent an opportunity to get a two-for-one at your expense if he or she has a removal spell to kill the creature that you are targeting with Tel-Jilad Defiance. 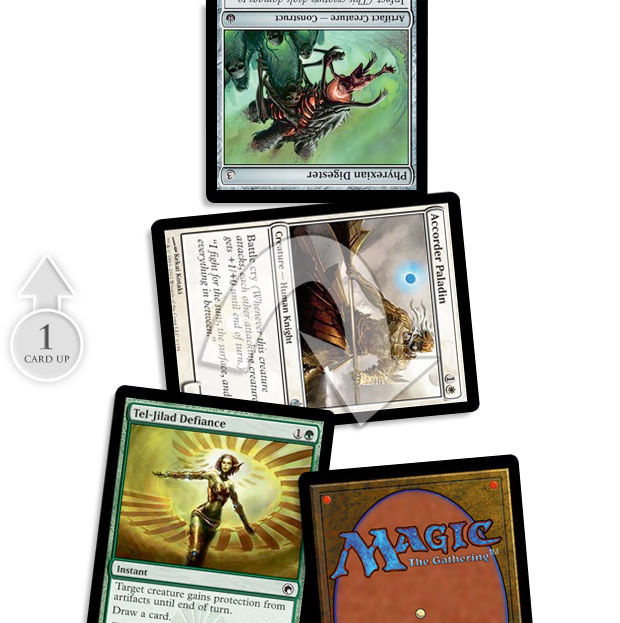 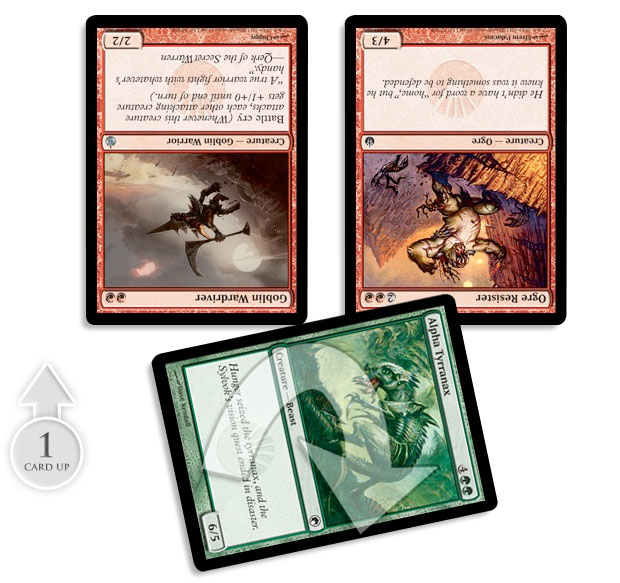 Yes, even a vanilla creature like Alpha Tyrranax can be a source of card advantage. Because of Alpha Tyrranax's size, and non-artifact status, there are very few cards in Mirrodin Besieged / Scars of Mirrodin limited than can kill it without the aid of an additional card. Sure there's the occasional Go for the Throat, Spread the Sickness, Arrest, Volition Reins, Corrupted Conscience or Turn to Slag that can deal with a green 6/5 on the board, but that's about it. Unless your opponent has one of a handful of premium removal spells, a similarly monstrous creature, or a big piece of Equipment, he or she is going to need to throw a couple of cards in the way of your Alpha Tyrranax in order to make your dinosaur extinct.

People will often confuse differences in card quality with card advantage. While a card quality advantage can (and often does) lead to card advantage and/or advantages in other areas of the game, such as board presence or tempo, the very fact that you are playing "better" or bigger cards than your opponent doesn't necessarily mean that you will gain a lasting advantage. 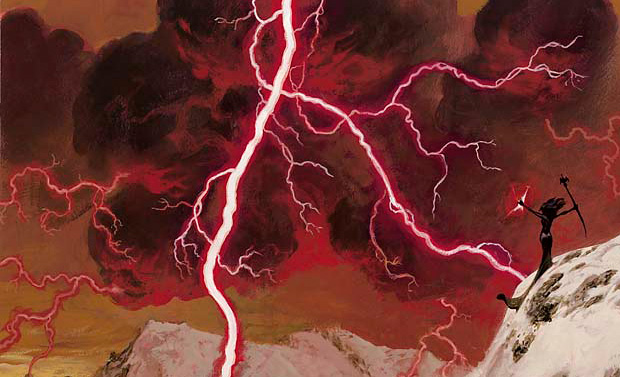 If you are playing a deck full of only lands, two-mana 3/3s, and Lightning Bolts, while your opponent is playing a deck full of only lands, Runeclaw Bears, and Lightning Bolts, it won't necessarily matter that you have better creatures than your opponent. Sure you will have an edge in this match-up because a lot of your cards are just better than your opponent's, but there are many scenarios where your card quality advantage won't even enter into the equation.

Back to the real world.

While many exchanges that see you trade a marginal card for a high quality card are going to be worthwhile, those types of exchanges should not be confused with card advantage.

If you trade an Ogre Resister that you picked up late in the draft for that Ezuri's Brigade your opponent first picked, you aren't actually gaining any card advantage. If you Shatter an opposing Steel Hellkite that was about to wipe your board, you are preventing your opponent from gaining card advantage, but you are not actually up any cards in the transaction. If your opponent decides to use a Go for the Throat on your Glint Hawk you might be happy that the Indomitable Angel that you are about to play is more likely to live, but you and your opponent have still just traded a single card for a single card.

Even pre-game decisions can lead to card advantage.

If you are playing a deck with no artifacts or enchantments and your opponent is holding a grip full of Shatters, you've gained card advantage by nullifying some of the cards in your opponent's hand. 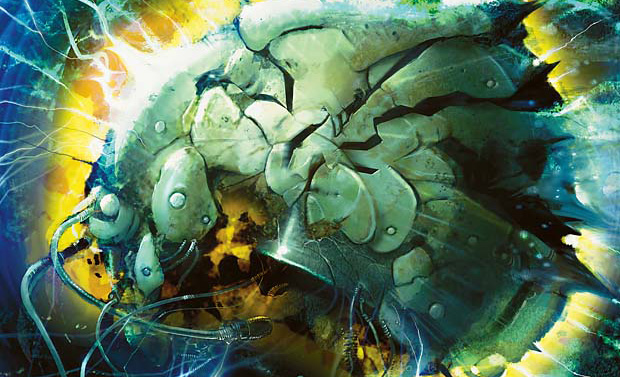 (Note that this type of card advantage is different from pure card advantage as your opponent still has the physical cards in his or her hand. However, the fact that these cards are useless means that you are still functionally up cards.)

Thus, if you have the opportunity to build your Mirrodin Besieged / Scars of Mirrodin deck without any artifacts, it will often be in your best interest to do so. Unless you can get to a critical mass of artifacts, or those one or two artifacts you want to play are exceptionally good, you are probably going to be better off blanking your opponent's Shatters by leaving the artifacts in your sideboard.

If you play a Master's Call in combat and trade a token with your opponent's attacking Phyrexian Revoker, you will be up a fraction of a card. While this advantage can't be quantified quite as easily (nor is it typically as impressive as) the advantage that you gain when you trade a Rot Wolf for your opponent's Phyrexian Revoker and draw a card, you are still ending the transaction with a physical advantage. 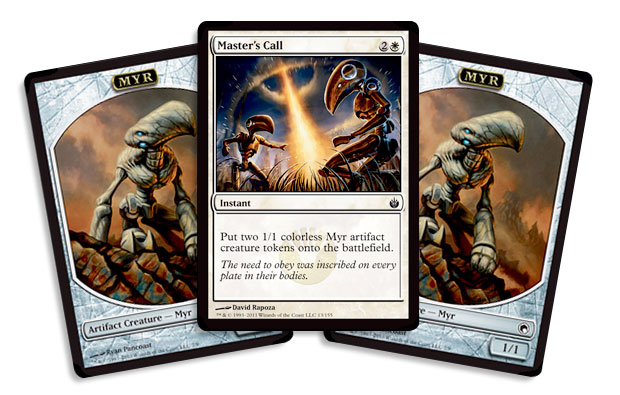 These marginal advantages add up and should not be taken lightly. Just because your remaining token was basically free because you traded the other token that Master's Call generated with one of your opponent's cards does not mean that you should feel free to chump-block with that token at the most convenient opportunity.

It doesn't matter where a card (or a token) came from; once it is in your hand or on your board, you should treat it with just as much respect as you would give to any other resource. When you are planning out future combats think about what you could do with that 1/1 Myr token. Maybe the best thing that you can do with it will be to chump-block that oncoming Alpha Tyrranax, or maybe it will be to wait a turn and plop an Equipment onto it, or to use it as a part of a double block two turns down the line, or...

The important thing is what you can do with a resource moving forward, not where or how you acquired it.

Making the Most of It

Straightforward two-for-ones often cancel each other out in Mirrodin Besieged / Scars of Mirrodin Limited. 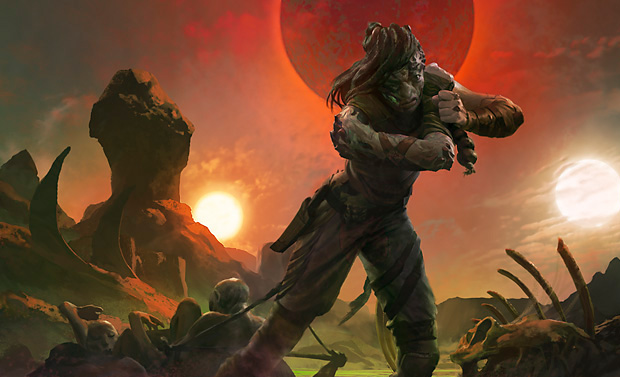 Sure, something like Morbid Plunder can be used as the final nail in the coffin, and the advantage gained from Corpse Cur or Vivisection can be pretty devastating. But the advantages that you gain from them can be easily offset if your opponent has a comparable card (or simply draws more spells than you do).

If I cast a Phyrexian Rager and a couple of turns later you Slice in Twain my Phyrexian Juggernaut, we will be even on cards. While Phyrexian Rager, Slice in Twain, Morbid Plunder, and friends are all quite good, you can't bank on the advantages that you gain from them alone to lead you to victory, especially if you use them recklessly.

There aren't that many ways to gain significant card advantage in Mirrodin Besiege / Scars of Mirrodin Limited, so it is very important that you make the most of every opportunity that you get.

While it might be tempting to use your Slice in Twain to kill your opponent's Pierce Strider on turn four, you are going to seriously regret your decision when your opponent slaps down a Thopter Assembly a few turns down the road. 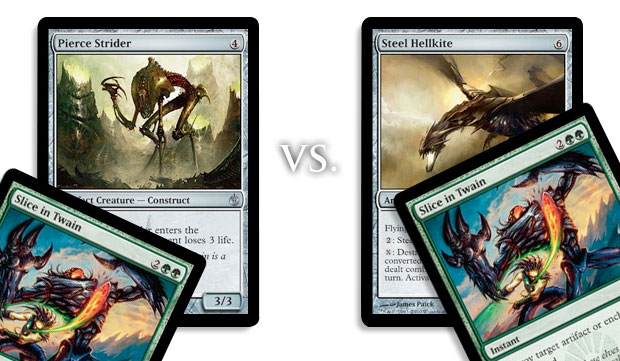 Yes, that Slice in Twain would put you up a card by offing your opponent's Pierce Strider, but if you instead waited until your opponent killed something that you actually need to deal with, you would still be up a card and you wouldn't have to scrounge for a new solution.

Similarly, you won't always want to use Morbid Plunder at the earliest opportunity. Sure, there will be times when you have an otherwise dead turn and you just want to keep the pressure on, but if you can afford to wait until your opponent has burnt through most of his or her resources and then bring back two excellent threats, that will usually be enough for you to walk away with the win.

While some cards, like Vivisection, offer you card advantage on the spot, it takes other cards a bit longer to start giving you the returns that you're looking for. To the untrained eye, Lux Cannon seems like the kind of card that would give you some serious card advantage over the course of a game. 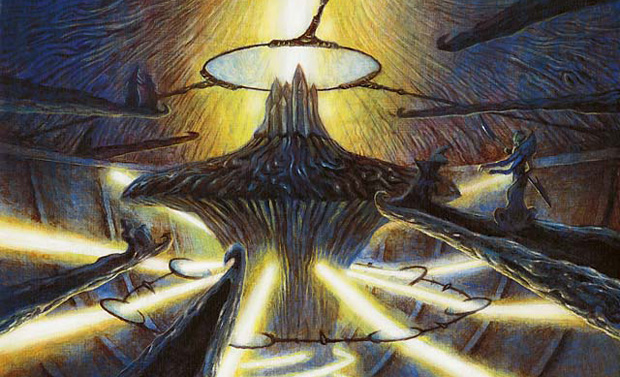 While Lux Cannoncan put you up cards, it takes a very long time to get online (and then it takes a long time for it to get online again). Sure any game where you get two or more activations out of the Cannon are probably going to result in a win, but you could have gotten that same result out of almost any other unanswered finisher.

So while Lux Cannon can do very good things for you under the right circumstances, it should not be thought of as a reliable source of card advantage.

On the other hand, the living weapons (when unanswered) will allow you to generate an advantage pretty reliably. As soon as you trade your Germ token with an opposing creature you are up a card, as you still have the Equipment itself to do with as you see fit. If you never get a chance to re-equip your living weapon Equipment profitably, that advantage won't amount to anything, but if you are able to start clocking your opponent for a bunch in the air thanks to your Skinwing or locking down the board completely thanks to your Strandwalker, then you are going to be in pretty good shape.

Other Types of Advantages

After all, it doesn't matter how many cards you've drawn if you are dead.

Posted in Limited Information on December 20, 2011