Posted in Limited Information on November 27, 2013

ne of the questions I get asked the most about drafting is, "How do I know when to change colors during a draft?" This is a deceptively simple question with an unreasonably long answer. There are simply too many factors in any given draft to warrant a basic answer to this question. Signals (the ones you are receiving and the ones you are sending), color preference, potential wheel cards, cards already picked, and many other factors affect your decision.

I'm going to go over how I approach drafting from a big-picture perspective in the hopes that it may help answer the question above.

First thing: I try to stay open for about as long as I can manage it.

What does this mean exactly? After pack one is finished, my ideal card pool consists of a bunch of powerful cards in one color, which will hopefully be my core color. The rest of my picks are the best of the rest, and I care a lot less about which colors these picks are at this point. As I head into the second pack of a draft, I am looking to solidify my second color early on. I have found that if you are about one third of the way through the second pack and you haven't got your colors sorted out, it can be the beginnings of trouble.

A strategy some use is to try to solidify their colors as early as possible. The theory behind this is that once you are set in your colors, you will be cutting those colors from going downstream to your left. ("cutting" is just slang for "taking all of"). This way, the people to your left are less likely to share colors with you, and you could be rewarded in pack two, since they won't be taking cards in your colors.

Not a bad theory, but I prefer to focus my attention in the other direction. I don't care that much for what colors the people on my left are in. Sure, pack two could get a bit sparse if we share too many colors with our leftward neighbors. But I have found that the value of cutting colors goes down when you consider that just by simply being in some colors, you are naturally cutting them. I'd rather diversify my options a bit and take the small concession to sending a few reasonable cards downstream in colors I am interested in.

My focus during the draft actually lies with the people to my right. I want to know what they are up to more than anything else. By paying attention to the signals I'm receiving from the right, I can better position myself to reap the benefits of the third pack, and of the draft in general.

I have written about signals before, but I'll rehash a bit here. My approach is that I value reading signals much higher than I value sending them.

I also don't put too much stock in any early cards in pack one. Just because someone passes me a sweet card that is going a bit later than I think it should, that doesn't mean that the color is open. You never want to put too many eggs in one basket when it comes to reading signals. Booster packs have a lot of variance in how they come, and so do humans. Just because a card is there that "shouldn't be," that doesn't mean the color is wide open. Remember, the people you are drafting with may have vastly different viewpoints on the set than you do.

Maybe it's early in a format and you have discovered a nice common card that is particularly well positioned. You have won some drafts using the card and have started telling your friends about how amazing it is. They agree. Now you are at your local game store drafting, and you get one eighth pick! Wow, this color must be wide open, right? No way this card makes it to you unless the color is open!

Well, no. The other people in the draft may have not discovered the power of the card. Or maybe they have different motivations for drafting, or they just don't like that color, or they haven't drafted the format before, or they don't read this column. Or maybe the color is open. The point is that we don't and can't know just from one card early in pack one.

Reading signals is similar to building a puzzle. Every signal you read is like a piece being put into its place. As more pieces are placed, a clearer picture emerges. It's not until after the puzzle is finished that we get to see the whole picture.

The weird thing about this particular puzzle is that you rarely get to see it fully assembled. The people who are best at reading signals are the ones who can make out what the puzzle picture is before it's complete. If you have ever done a puzzle before, you know that one piece isn't enough to see what the whole picture looks like. 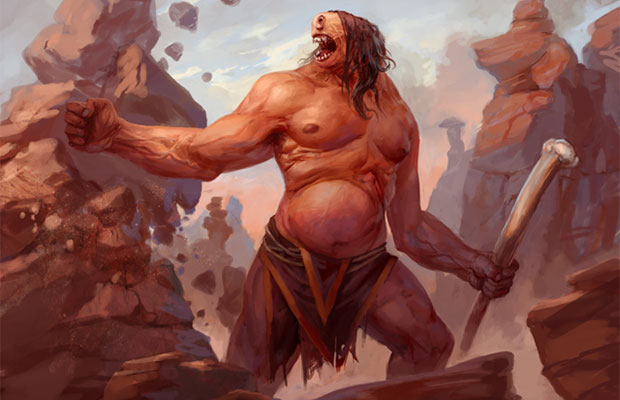 I will almost always value raw power level over any type of signaling. This is why I try to have a core color plus a few other color options heading into pack two. During pack one, my non-core color picks will be made up of the most powerful cards from the packs that didn't have a good option for my core color. This diversifies my interests heading into the second and third pack, and affords me a lot of flexibility in the second pack.

The way I draft is not without risk. By simply picking two colors as early as possible and sticking to them, you minimize the risk of a train wreck draft. The way I draft requires discipline in the middle and late stages of the draft. Staying open for a long time has a lot of great upside, but if you find yourself staying open too long, you are putting yourself at risk for a four-color mess of cards. I find that the first two or three picks of pack two are critical. If you open cards in your core color, fantastic. But if you open a bomb or something in a side color, this is the time to move in. This is the payoff, and the reason why we didn't commit too hard in pack one.

Stay open minded and you'll be rewarded. Using up a few picks early in a pack that you don't end up playing is fine. Don't get attached to the first pick of your draft; there are a lot of cards to pick and one single pick won't make or break a draft. 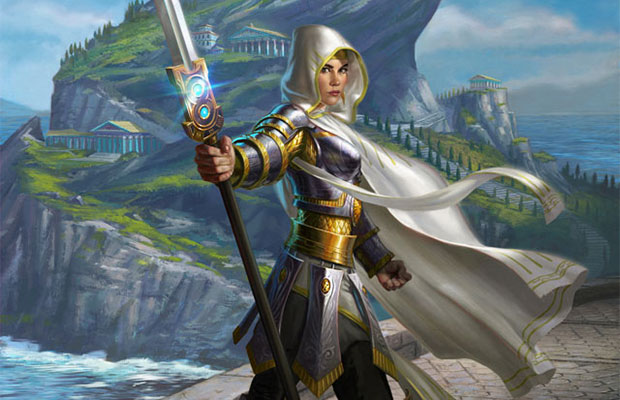 One thing to keep in mind is the pattern you'll see during a draft. While far from bulletproof, the pattern usually goes like this:

Pack one, you pick some cards and pay attention to what you have been getting passed. You are placing pieces of your signal puzzle together.

Pack two, you will have some idea of what to expect, as you have been taking cards heavily in one color, making it less likely that people on your left are in that color.

Pack three, you will notice that it often is a lot like pack one. The same people (probably in the same colors) are taking cards out of both packs and passing them to you. Unless someone jumped ship and changed colors, you'll see a similar pattern here as in pack one.

This is good information to have, as it can be tempting to panic in pack two when you aren't getting as many good cards in your colors as you were in the initial pack. Don't do this. Be patient, make your way through the pack, stick to your plan, and be rewarded.

One thing that people seem to forget is the incredible element of randomness for Booster Draft. Don't be one of these people. Every discussion on signaling and strategy for the draft portion hangs on a whim. The patterns are there in the long term, but on any given draft anything can happen.

The important thing is to keep your head about you even if things seem to be going awry. One issue I have seen a lot of is when people get antsy because they just aren't getting any good cards in the packs. Not even just in their colors, but in general.

Some packs simply have a greater number of powerful cards in them. Some don't. Sometimes you get a whole draft with what feels like weak packs. Remember, if you aren't passing good cards, your opponents aren't getting good cards. Drafting, like most things in Magic, is relative. You can win a draft with one of the worst draft decks you have had in the format. If it's one of the better decks in your draft pod, that's all that matters.

When it feels like there are no good cards going around, just remember that if you take the best ones and make a solid deck, you'll have a good chance of beating your opponents with their mediocre decks.

My goal in writing this isn't that you copy my approach word for word. Instead, I would encourage you to try it out for yourself and see which parts work for you and which don't. I know people who are successful at drafting who use other methods, so it's really about what works for you.

This approach works well for me, and hopefully it's of use to you as well.

Posted in Limited Information on November 27, 2013