Posted in Limited Information on February 17, 2009

ou've drafted your two packs of Shards of Alara and you've got a pretty solid Naya deck with a green-white base and the potential to splash a Bant Charm.

You open up your Conflux pack and you see:

First off, lets look at the cards we have so far.

With only 13 cards that we definitely want to play, we're a little bit behind where we'd like to be at this point. If we assume that we're going to splash the Bant Charm, which we already have a Obelisk of Bant and a Grixis Panorama to support, then we are at a perfectly on target 15 cards.

While I don't love playing an Obelisk in this type of deck, it's a price that I'm willing to pay if it means I can play a Bant Charm and get full value out of my Resounding Silence.

At this point we have fifteen cards slotted for our deck, eight of which are creatures, four of which are exceptionally good removal spells (2 Oblivion Ring, Naya Charm, and Bant Charm), two of which are reasonable tricks (Resounding Silence and Sigil Blessing), and one of which is a somewhat clumsy Obelisk of Bant.

Next, let's take a closer look at our creatures:

Our creatures are extremely aggressive and depend on us getting our mana right early in the game. If we have a Forest and a Plains in play by turn two or three, then our deck should be able to fire on all cylinders. The primary things that we need from this pack are more mana fixing and more good creatures.

With all this in mind, let's take another look at the pack! Since these are all new cards, I'm going to take a step back and analyze each of them individually.

Not Really Worth It

Toxic Iguanar and Bone Saw really aren't worth considering at all. While Bone Saw doesn't have very many potential applications in Limited, I can imagine plenty of situations where I will want to have Toxic Iguanar(s) for my sideboard or possibly even my main deck. If I'm playing a green deck against a big green deck, then Toxic Iguanar is going to be pretty important.

If there aren't any better options when this pack comes back to us, then I'd probably take the Toxic Iguanar.

Good, But Not For Us

Parasitic Strix is pretty great in a blue-black deck, but it isn't going to be very good in our base green-white deck even if we get the mana fixing to splash it.

While I haven't decided exactly how good I think Wretched Banquet is, I can safely say that it is quite good. The ability to do two relevant things in a turn is extremely powerful, and this is the perfect type of card to enable that.

While only being able to destroy a creature with the lowest power is somewhat restrictive, Wretched Banquet still compares quite favorably to cards like Cruel Edict which gave you almost no control over what you would be killing.

Wretched Banquet isn't a bad splash at all, but there are much better on-color options for us in the pack.

Vectis Agents is a very solid card for any deck that can support it. It's an evasion creature when you need one, it can trade with all sorts of Ridge Rannets and Wooly Thoctors and it can hit pretty hard if your opponent doesn't have anything big. If you have any exalted to compliment Vectis Agents, it's even better.

Suicidal Charge is painfully underrated right now. I've seen people leave Suicidal Charges in the sideboards of decks that are custom built for it.

Historically, cards that allow you to attack without being blocked, like Wave of Indifference, have only been good in decks that were very aggressive OR decks that had a lot of high power creatures, but trouble breaking through OR in matchups where you would get bogged down in stalemates and you just needed a way to win. Suicidal Charge is still good in those spots, but it does so, so much more.

Let's say that you're in a creature stalemate. You and your opponent both have a bunch of similarly sized creatures. Your opponent doesn't really have any profitable attacks and neither do you. Then you play a Suicidal Charge. It's quite likely that your opponent will lose the game on the spot. 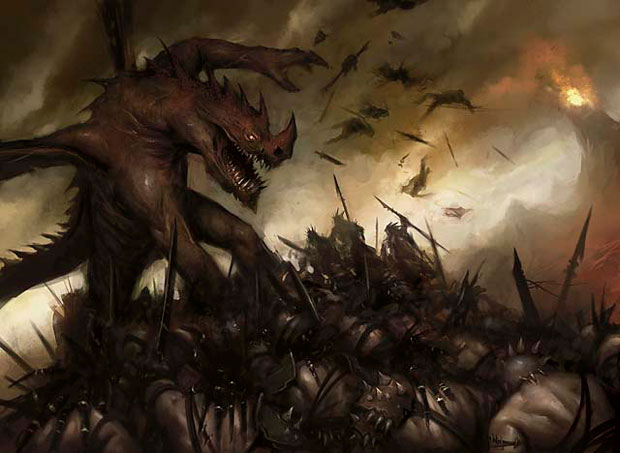 Now it isn't all roses. If you have a diminished board then Suicidal Charge often won't do that much (though it still might allow you to kill off a critical creature if you have even a single blocker) but it can still kill tokens or utility creatures like Vithian Stinger without any help.

Faerie Mechanist is a pretty early pick in artifact-heavy decks, but barely playable for everyone else. This is good news for Esper players as they aren't going to have to fight with any other players for this quality card.

Don't make the mistake of trying to lock in a value for where you think you should take Scarland Thrinax in your Jund decks. It's good, but its value fluctuates wildly depending on what cards you have to support it.

So now we have Might of Alara, Rupture Spire, Fiery Fall, Gleam of Resistance, Nacatl Hunt-Pride, Paragon of the Amesha, and Bloodhall Ooze to choose from.

Might of Alara is pretty good, but isn't as good as the other options that we're presented with and it doesn't really solve any of the problems that this deck needs to solve.

Bloodhall Ooze is an awesome card in decks that can support it, but we just don't quite have the cards to make it work as well as we would need it to in order to justify taking it here.

Our mana is going to be shaky enough as it is (unless we fix it), and we don't have very many green permanents (2 Wild Nacatl, 2 Steward of Valeron, and a Court Archers makes five). So while I would play a Bloodhall Ooze if I had one, too many things have to go right for it to be very good for us.

Rupture Spire is a great piece of mana fixing, but in this deck I think it will do a lot less for us than Gleam of Resistance will. In addition to fetching a basic land (particularly relevant for our Wild Nacatls), Gleam of Resistance is a pretty powerful spell when you're not landcycling it. So while there will be some times where you're holding a Gleam of Resistance, wishing you had a white mana, I am pretty confident that the benefits outweigh this slightly increased risk.

Keep in mind that we won't necessarily take Gleam of Resistance, but we can use this direct comparison to eliminate one of our options.

From here our choices get really, really hard. Each of Gleam of Resistance, Fiery Fall, Nacatl Hunt-Pride, and Paragon of the Amesha all have a lot going for them.

Fortunately, we can use additional heads-up comparison to eliminate some of our options.

In this way we can see that Fiery Fall is almost strictly superior to Nacatl Hunt-Pride in our deck. Yes we do need more creatures, but removal spells are almost always a better thing to have. If we had a little bit more exalted I would probably take the Nacatl Hunt-Pride, but as it is once we get to six mana we'll probably have red and the two cards are going to have about the same expected value for us. But Fiery Fall has the very significant tiebreaker that it can (and will) landcycle when we're having mana problems.

Early to midway through the game I could see myself wanting either of these two cards, but I think that I'm going to want Fiery Fall more frequently.

Sure, late in the game if we have full domain we'd usually prefer to have Paragon of the Amesha. But if our opponent has any removal spell we're going to be right back to square one.

Now Fiery Fall won't win games all by itself in the same way that Nacatl Hunt-Pride or Paragon of the Amesha will, but it's pretty much always going to be solid, and it can help you smooth out your draws in a very nice way.

Now we're down to Fiery Fall and Gleam of Resistance. Now this is a really tough pick.

We need to get green and white early in order for our deck to function the way we want it to. That would suggest that Gleam of Resistance would be a better choice because it's mana fixing that we're going to have an easier time using.

But ... Fiery Fall will still help us fix our mana if we have green and red or white and red, and it tends to be better later in the game. 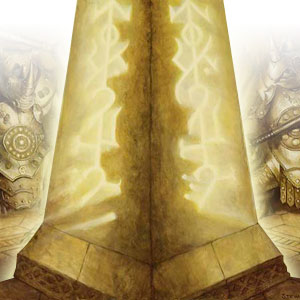 With the Gleam of Resistance, our mana is probably going to look something like 7 Plains, 6 Forest, 2 Mountain, 1 Island, 1 Grixis Panorama. And that's something I can live with.

While it can be extremely difficult to see that it makes sense to take Gleam of Resistance over say Nacatl Hunt-Pride because they do such different things, the introduction of additional options actually made the pick easier.

You're playing in Pro Tour–Kyoto, and you just started off the tournament with a 3-1 record in Standard. You sit down for your first draft pod and open up a pack that contains:

Posted in Limited Information on February 17, 2009