ou're on 4 life. Your board consists of a freshly cast Flameblast Dragon and a bunch of tapped lands. You have nothing relevant in your hand. Your opponent, who is on 20 life and has a Runeclaw Bear, 3 Mountains, 3 Forests, and two cards in hand, attacks with Runeclaw Bear.

Why? Because if your opponent has a way to kill your Flameblast Dragon after you block, then he or she has a way to kill you if you don't block. And it's far better to lose a dragon and live to draw another card than it is to die on the spot. Plus, there's a nonzero chance that your opponent was hoping that the "bluff" would pay off—using a Shock to kill you, or having a window to draw into Incinerate next turn to finish you off.

So clearly your opponent won't be able to pull a fast one over on you in this spot. But when could you fall victim to, or have a reasonable likelihood of pulling off, a good bluff attack?

The only way that you can get paid off for a bluff is if your opponent can afford not to call it.

If a player doesn't have the luxury to play conservatively, but must respond directly to every threat presented to him or her, then you won't get away with any bluffs. 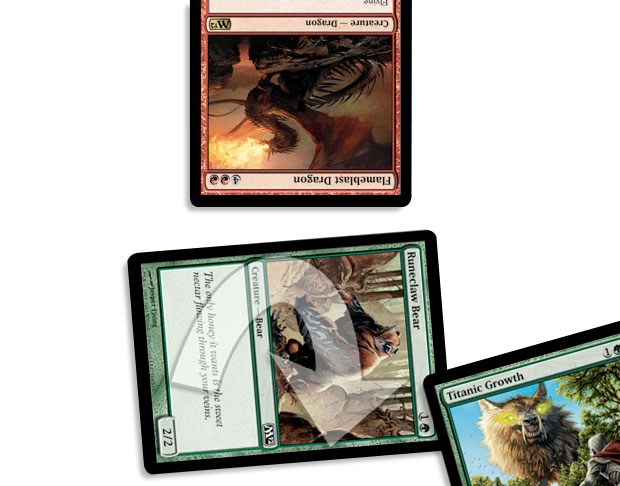 If your opponent is on 5 life and you're playing red-green, then you could attack with your Runeclaw Bear even if you had nothing in your hand as your bluff would at least be "live" (if a bit difficult to believe). You could be holding a Chandra's Outrage which would be able to kill your opponent's Flameblast Dragon if it blocked, but would not allow you to kill your opponent outright if it didn't.

If your opponent is on 7 life, then you can comfortably attack with a Runeclaw Bear into a Flameblast Dragon even if you have nothing relevant in your hand. Your opponent might be afraid that you're going to off Flameblast Dragon with Incinerate, Titanic Growth, or Chandra's Outrage —even though you're just trying to punch in the damage you need to make sure that your Lava Axe will be lethal if you draw it next turn.

When you can make a play that will present your opponent with two (or more) choices, there need to be consequences for making either choice. Otherwise your opponent will (usually) make the correct decision.

By putting your opponent on the spot on this way, you force him or her to make a tough decision that could ultimately backfire in a very big way. 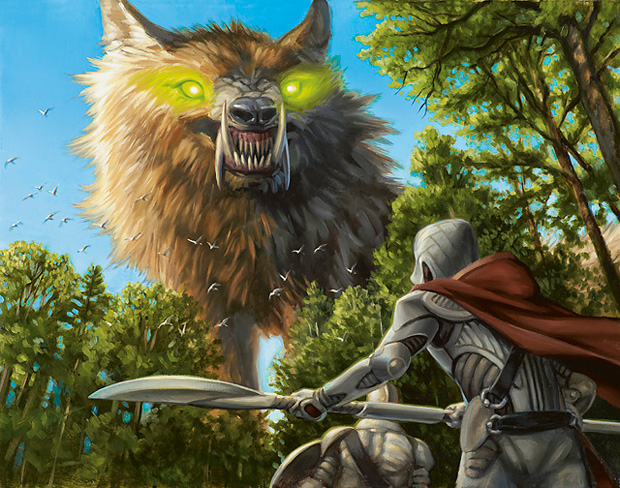 If You're Not Blocking, Why Aren't You Attacking?

While many players at least think about making an attack that is a complete bluff, not that many players consciously think about situations where they can bluff that they are going to block when they actually have no intention of doing so.

Say you have an Aven Fleetwing and your opponent has a Greater Basilisk. You're on a reasonably healthy life total, so you know that you won't need to chump-block (unless your opponent made a series of truly spectacular plays), so what do you do? You attack, of course!

Even if you do have the Titanic Growth in your hand, you're going to come out way behind on the exchange. So even if you did hold back your Aven Fleetwing, it is very unlikely that it would deter your opponent from attacking. 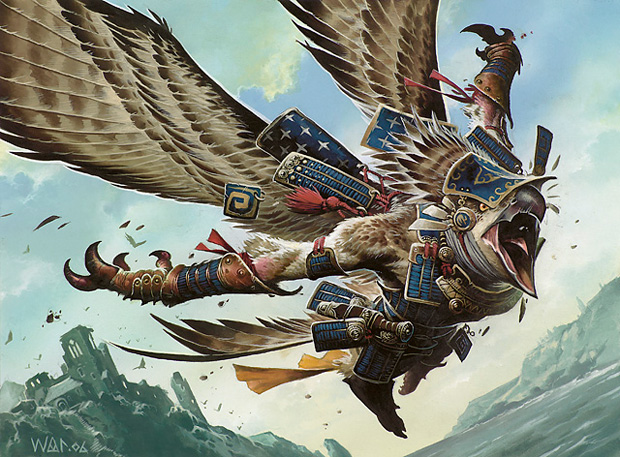 If you do have the Titanic Growth (or the Incinerate) in your hand, and you feel like you absolutely have to trade two of your cards for your opponent's Greater Basilisk in order to protect your dwindling life total, then you can do that. But if you don't have that secondary spell you need for your Aven Fleetwing to be able to take down your opponent's Basilisk, and you know for a fact that you aren't going to chump-block, then you better be attacking because your opponent is going to swing in either way.

While players don't consciously make a decision to bluff a potential block (that they would never actually make) very frequently, I've seen plenty of players leave a creature back that they had no intention of blocking with, and that they could have snuck in a few points of damage with.

When asked why they didn't attack, players will often respond with answers like "it didn't matter anyway." Well, maybe those few extra points of damage wouldn't have allowed you to win that game, but do you think that Brian Kibler, or Shuhei Nakamura sit around groaning whenever a game isn't going their way? No, they fight hard for every point of damage, and often that scrappy play will lead to victories that come seemingly out of nowhere.

By attacking when you have no good reason not to, then you not only put additional pressure on your opponent but you make it seem much more realistic when you bluff a potential block.

It's fairly late in the game. You're on 9 life while your opponent is on a very health 15. You have an Aven Fleetwing and your opponent has a Bonebreaker Giant. Do you attack?

If you're about to tap out (for a noncreature spell), then you definitely attack as you aren't going to block with your Aven Fleetwing. But if you can leave

untapped, then you might want to hold back your Aven Fleetwing as you're going to be able to represent the Titanic Growth.

It's not much of a bluff when you attack your Coral Merfolk into Azure Mage. Your opponent's creature is strictly better than yours, and you would (in all likelihood) be happy to make that trade.

But if you have an Overrun or a Lure in your hand that you are intending on using for a big effect later, then your Coral Merfolk might in fact be better than your opponent's Azure Mage (at least for that game).

Me, I'll make this attack pretty much every time. (Well, I might not if I know that my opponent has a ton of Gravediggers in her deck.) The thing is, even if I am trying to set up something big I'd rather not completely telegraph it.

If I'm playing a red-green deck, and my opponent has a freshly cast Bonebreaker Giant, I'll often attack my Runeclaw Bear into it if I'm holding a Shock. I'm still hoping that my opponent chooses to take the 2 damage, but being perfectly willing to trade my Shock and my Runeclaw Bear for it if my opponent does block.

These situations aren't overly complex, but they give you the chance to pick up a little bit of extra equity in the short term, while concealing your overall game plan.

Then you have the true semi-bluff. Situations where the only way in which you gain extra value is if your opponent respects the card that you're representing. 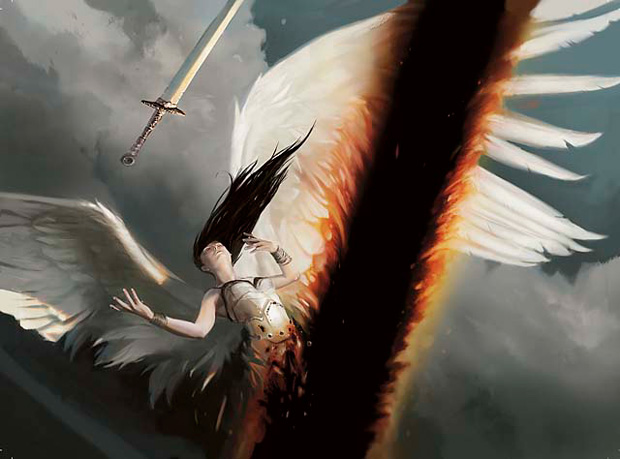 Say you're playing a green-black deck, and you have a Runeclaw Bear (plus a Doom Blade in your hand), while your tapped out opponent has a freshly cast Peregrine Griffin that you know you need to kill (because your deck is full of 2-toughness creatures). You can choose to attack in, knowing that you will have to use the Doom Blade if your opponent blocks (losing yourself 2 points of damage that you would have gotten automatically if you had cast your Doom Blade precombat).

If your opponent chooses not to block, you'll get in the same 2 points of damage that you would have been guaranteed if you had sequenced your plays in the intuitive way, then after combat you will have to use your Doom Blade anyway.

So why would you do this?

Because if your opponent does not block, and you use the Doom Blade postcombat, then your opponent will put you on having the Titanic Growth for the rest of the game. After all, why would you willingly risk giving up damage unless you wanted your opponent to block?

Because you're intentionally trying to mislead your opponent, that's why.