here are an extremely limited number of combat-relevant instants in Avacyn Restored. Because of this, you can plan out your attacks and blocks with an expert level of awareness of exactly what your opponent could have. 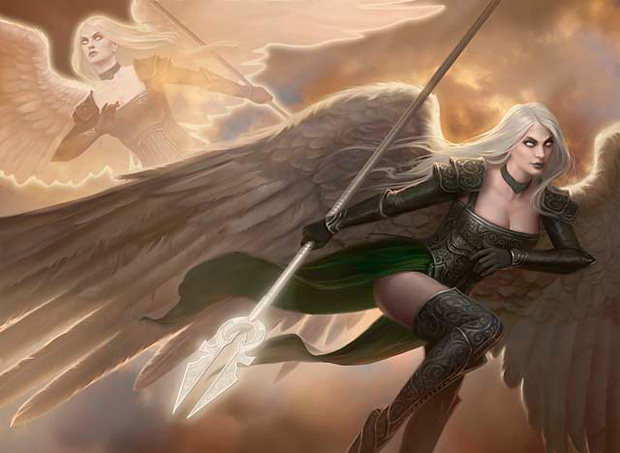 Of course it's true that even with a complete knowledge of what tricks are out there, you won't always be right. But if you're aware of the exact range of cards your opponent could have, then you're going to be able to make much better combat decisions than you would if you were blindly declaring your attacks and blocks.

To make this process easier for you, I've put together a guide with a complete color-by-color breakdown, as well as a cheat sheet for what to think about depending on how much mana your opponent has open.

If you're playing against a white deck, you need to be on your guard from the get-go.

Cloudshift, Righteous Blow, and Zealous Strike are all extremely easy to cast, and extremely relevant. They all threaten to put white players way ahead during the early stages of the game, and swing key combats in their favor later.

If your opponent has even a single Plains untapped, you should respect the possibility he or she could have a Cloudshift. This one-mana instant can be used to protect creatures from bounce, removal, and pump spells—as well as re-pair soulbond creatures and get an additional use out of creatures with enter-the-battlefield effects (like Mist Raven).

While Cloudshift can be frustrating to play against, it has fairly limited applications, particularly if you don't have many removal spells. However, Righteous Blow is cheap, versatile, and relatively difficult to play around. While you should be aware that your Kruin Striker could very easily eat it thanks to your opponent's Righteous Blow, it isn't the kind of card you should go out of your way to mitigate.

Your opponent is probably going to get a good creature with it. And you'd rather get your opponent to use it earlier rather than later, when you have a Latch Seeker or some other key evasion creature you desperately want to keep around.

Unless you have a combat-relevant instant of your own, Zealous Strike will allow your opponent to come out on top in any remotely close fight.

So if you can find opportunities to get your opponents to use Zealous Strike at inopportune times (such as when you have a Peel from Reality to blow them out or when they would rather use their mana to cast a Goldnight Redeemer), or to kill less-than-crucial creatures of yours, then you should jump at that chance.

Even overzealous creatures know when they're bested.

While Fleeting Distraction and Ghostly Flicker can lead to some pretty big blowouts, the conditions need to be just right for their owner to get full value out of them. 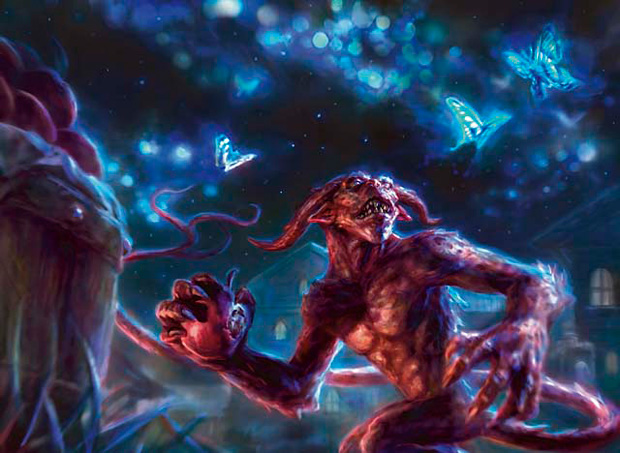 When you're playing against a blue deck you should keep in mind that Fleeting Distraction is the only blue card that directly affects a creature's power or toughness. And while Fleeting Distraction can give players a huge leg-up in a close fight, it does next to nothing in combats between creatures of significantly different sizes.

If you see that your opponent has three mana untapped, a creature with an enter-the-battlefield effect, and a soulbond creature, then you should go out of your way to minimize the impact of any opposing Ghostly Flickers.

Peel from Reality, however, is an extremely difficult card to play around, and a fantastic trump for any tricks your opponents might have up their sleeves. If you have a copy of Peel from Reality in your hand (provided you don't have any other important plays that take priority) you should make it a point to leave up mana for Peel from Reality whenever you have a key creature to protect or you think your opponent is getting ready to set up a big combat step.

Black might not have very many tricks, but what it lacks in quantity it more than makes up for in quality.

Death Wind is one of the best removal spells in the format. If your opponent is playing black and passes the turn to you with a lot of mana available, opponent could very well have a Death Wind at the ready. This means that none of your creatures are safe, and that you shouldn't rely on your soulbond creatures to continue providing benefits.

You should also keep in mind that even if your opponent doesn't have enough mana available to outright kill your creature, Death Wind can still be used to shrink things in combat.

While I initially dismissed Necrobite as a marginally playable card, I've been more and more impressed with it in recent weeks. While it can't go over the top on Zealous Strike (a creature is immediately removed from combat when it regenerates) Necrobite allows even the lowliest of Hunted Ghouls to take down Wolfir Silverhearts in combat.

Aside from Thunderbolt, which can only deal damage to fliers, red doesn't have a single instant-speed removal spell (or even a card that pumps up a creature's toughness) that costs less than five mana. 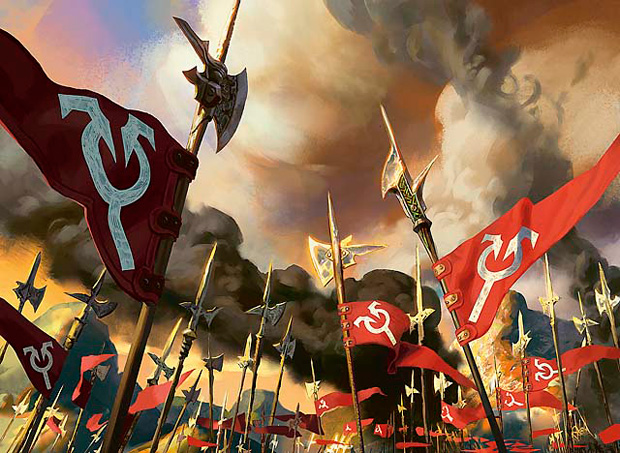 Plus, most players choose to leave Banners Raised, Uncanny Speed, and Rush of Blood in their sideboards.

And while you shouldn't completely ignore the possibility that your opponent could have a Banners Raised (particularly if playing a hyper-aggressive Red-White deck with Thatcher Revolt), red just doesn't have many tricks you need to play around.

So if you don't have any fliers, you really don't need to worry about your opponent blowing you out in combat with any red spells unless he or she has five or more mana available. And even then, the only cards you need to worry about are the uncommons Aggravate and Thunderous Wrath.

So be extremely careful when you're playing against a green deck with a paired soulbond creature in play. There might very well be a Joint Assault in your future, and if it's at all possible, you should try to make sure you only lose a single creature in combat to it.

If you know your opponent has a Wolfir Avenger in his or her deck and passes the third turn with no play, you should refrain from attacking blindly with your 2/2.

If your opponent doesn't have a Wolfir Avenger, you should still be in pretty good shape because your opponent just skipped a key turn without making a play. And if he or she does have it, you will have just saved a key creature from meeting an untimely demise.

If you haven't seen a Wolfir Avenger yet, and your green opponent passes on turn three or four with all mana untapped, it could still be worthwhile to hold back your 2-power creature. Unless you know that 2 damage is going to be absolutely crucial for you, if you think your opponent is trying to set you up to get ambushed by a Wolfir Avenger, you should probably trust your instincts.

With Cloudshift, Righteous Blow, Joint Assault, and Snare the Skies at their disposal, white and green gain access to combat-defining tricks at one mana.

White continues to open up its possibilities with Zealous Strike, but blue and black gain the most new options when they have two mana available thanks to Peel from Reality and Death Wind.

Additionally, if you have fliers (and/or Wingcrafters) then you should make sure to watch out for Thunderbolts

Ghostly Flicker, Necrobite, and Wolfir Avenger all threaten to make combat a nightmare for you if you aren't prepared.

The only tricks that cost four or more mana in Avacyn Restored are uncommons or rares. And while they won't come up too often, you should be aware that Banishing Stroke and Thunderous Wrath can take care of just about anything in the format, regardless of whether they're being cast for their miracle cost or full price.